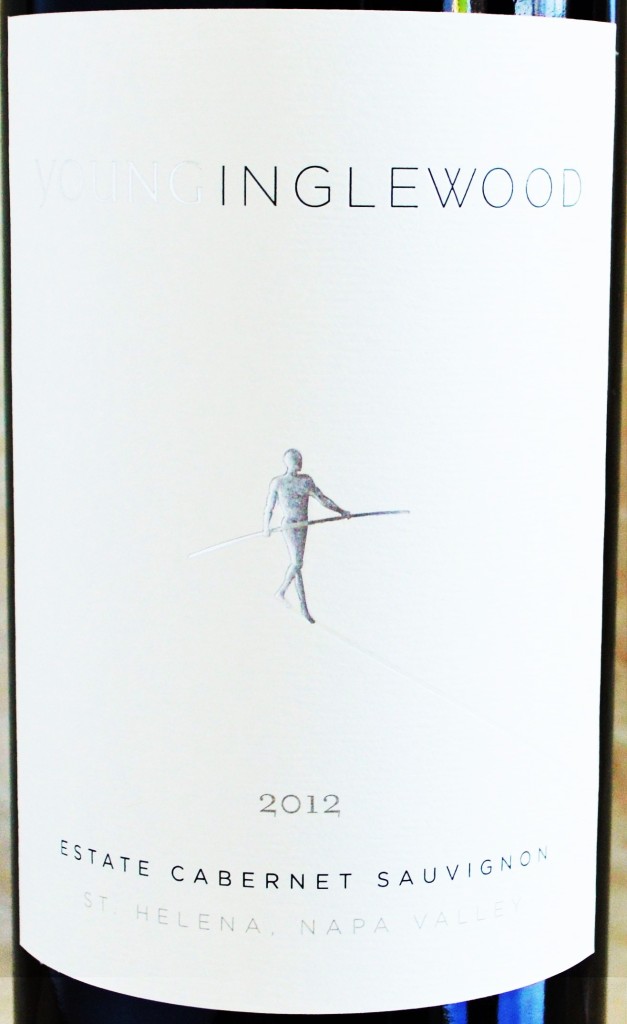 What I look for in a good Cabernet Sauvignon is a combination of depth, structure and balance. If that doesn’t sound like a tall order, believe me it isn’t often enough that all of these components come together in a truly compelling and harmonious fashion – yet the 2012 Young Inglewood Cabernet Sauvignon manages to makes it seem effortless.

Before Jim and Jacky Young founded Young Inglewood Vineyards, they asked themselves what their favorite wines had in common. They keenly pinpointed that it was in fact the often elusive element of balance that made these wines so special.

This incisive, fundamental epiphany has since guided the Youngs in their own efforts, which explains why its incredibly appropriate that a tightrope walker adorns the label of each bottle of Young Inglewood Cabernet today – cleverly hinting at where Young Inglewood’s priorities lie. 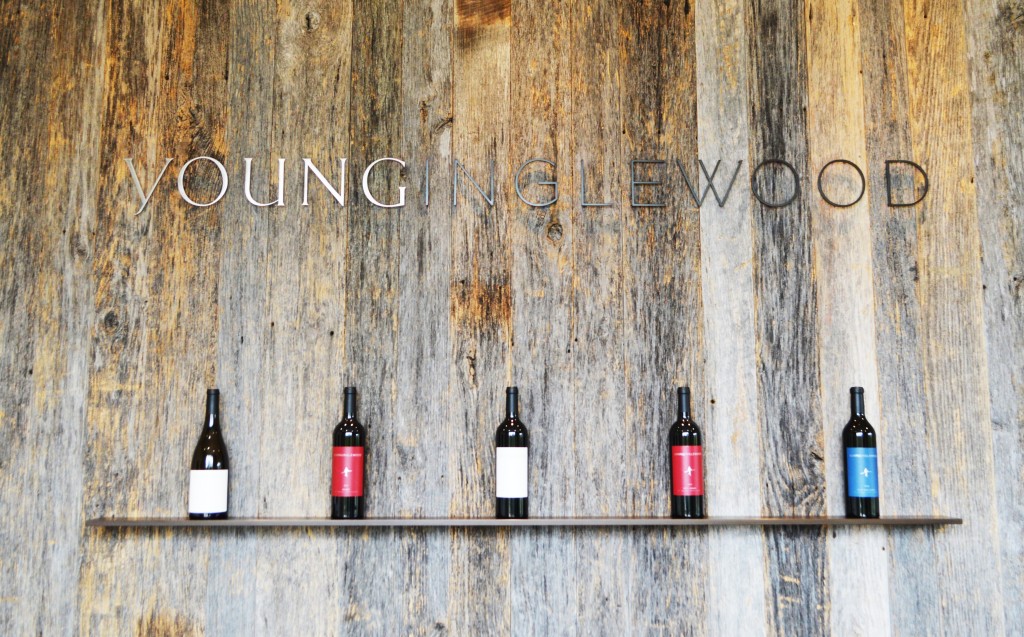 It was Jacky’s dream of farming a small vineyard that led them to Napa Valley, where they realized that finding a site capable of producing finessed wines was of the utmost importance. Their extensive search led them to a historic vineyard nestled right in the heart of St. Helena.

Located on Inglewood Avenue, the vineyard had originally been planted as far back as the 1870s, its gravelly loam soils situated on the alluvial fan that extends from the Mayacamas is ideal for growing Cabernet Sauvignon and other classic Bordeaux varietals. The Youngs made their dream a reality when they purchased the 16 acre property (14.3 acres planted to vine) in 2007. 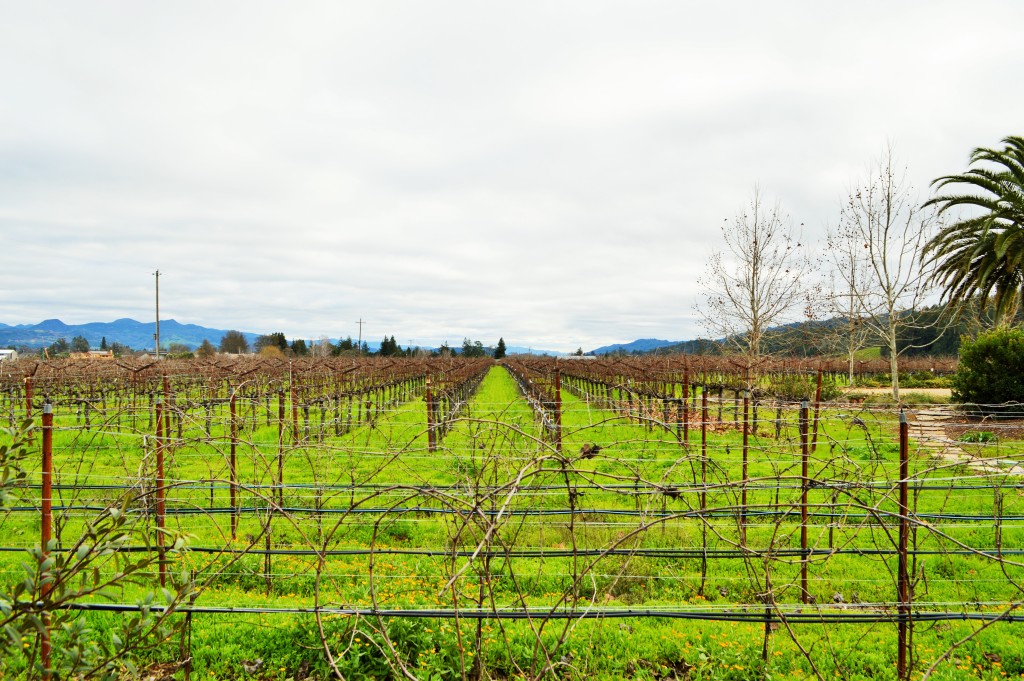 Overlooking the vineyards at Young Inglewood

The small, family-run operation consists of Jacky and her son Scott in charge of winemaking, with Jim overseeing winery operations. Daughter Mary is active in winery operations and the family is assisted by Mark Simon who serves as Wine Education Director and Michael Swenton as Cellar Master. During my visit, I met with Scott Young, whose passion and enthusiasm for the new family business is addictive.

A quick study, he learned how to make wine by getting his hands dirty. After an internship in Burgundy, he returned to Napa to work harvests at Spottswoode and Long Meadow Ranch. He also developed invaluable relationships with esteemed local mentors whom he credits with helping him hone his craft.

He and Jacky share a similar non-interventionist, old school winemaking philosophy, which was surely influenced by their extensive travels throughout Europe before arriving in Napa. They believe that once the fruit is in the winery, it should be handled as little as possible.

They farm organically and ferment with native yeasts. They ferment individual varietals and different vineyard sections separately. While tasting the 2012 Young Inglewood Cabernet Sauvignon, it was immediately apparent that their old world, hands-off approach to winemaking is right at home in the new world. 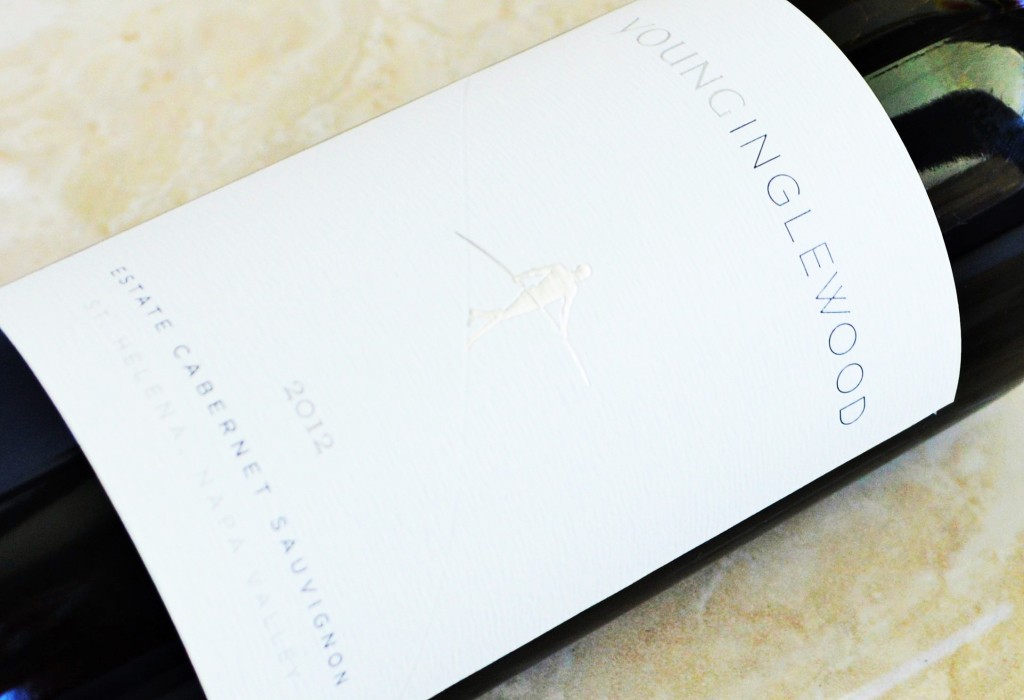 Appearance: A deep shade of garnet red that’s not quite opaque at the core.

On the palate: The 2012 Young Inglewood Estate Cabernet Sauvignon is full-bodied and still somewhat tightly wound even after a 3 hour decant. The dark fruit flavors are rich, well-defined, and pleasantly juicy – but this is no fruit-bomb. There’s incredible persistence and length with nuances of smoky charcoal, graphite and loam grounding the deep dark fruit. The finish is long and spicy with hints of well-integrated oak. This displays the vigor and energy of a new world wine with old world sensibility and finesse.

Where to get it: Locate it here via Wine-searcher, or directly from Young Inglewood.

Should you buy? The 2012 Young Inglewood Cabernet Sauvignon is impressive for its ability to marry intensity and depth with focus and balance. While $90 is by no means inexpensive, it is becoming increasingly difficult to find top-flight Napa Cabernet under $100, particularly those examples that are limited-production, handcrafted estate wines. If you regularly buy wines in this price point, or if you find too many Napa Cabernets overripe or too sweetly fruited, make room for this high-end value on your shopping list. 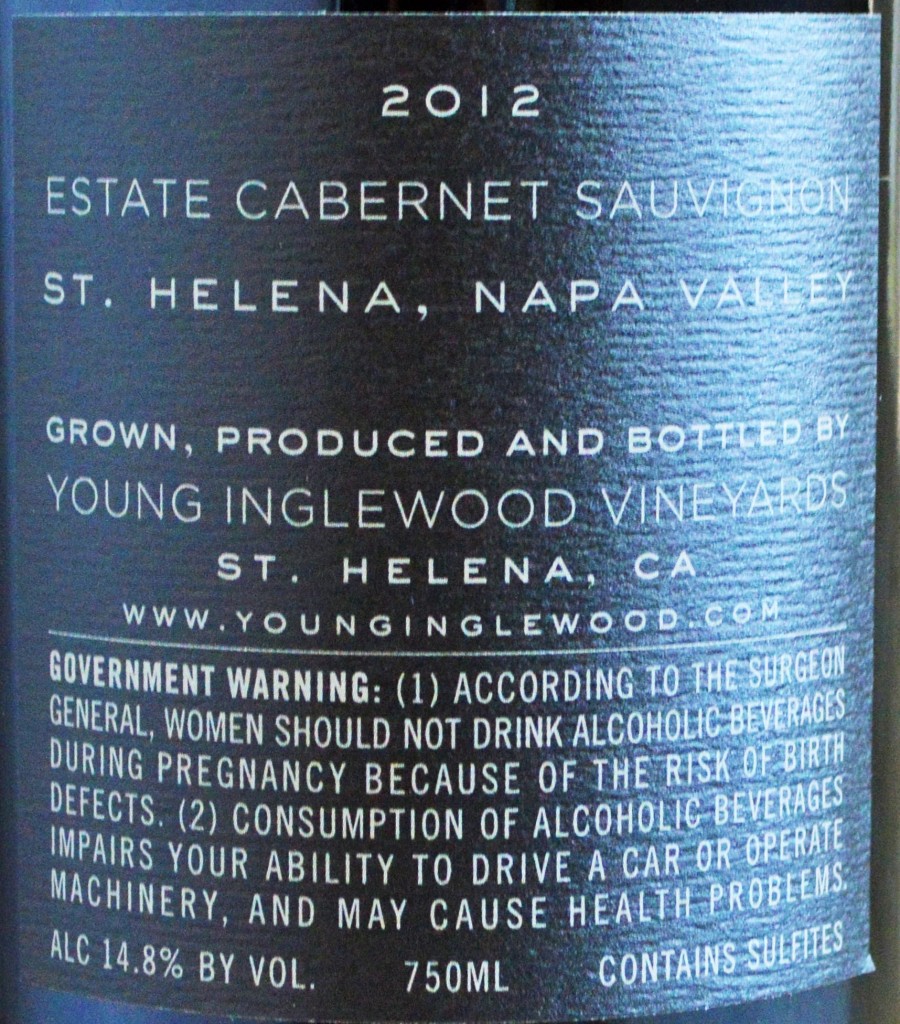 This is a tremendous effort considering that this is only Young Inglewood’s fourth vintage. To ensure their high standard of quality, several vintages produced before their inaugural 2009 release were not commercially bottled. This is a small winery with big plans, who I suspect will gain more and more exposure as consumers discover their compelling wine portfolio of wines.

And while there’s merely 612 cases of the 2012 Young Inglewood Cabernet Sauvignon to go around, the good news is that those numbers should steadily increase as they ramp up production.

While Young Inglewood is currently only making wine with about 30% of the fruit they grow (they are currently selling the rest), they plan to eventually utilize all of their estate fruit for their own label. In the meantime, allow this family’s guiding principle to lead you to 1919 Inglewood Avenue. You’ll want to experience this balancing act for yourself!

Tasting Fee: $40, includes an introduction to current releases and a tour of the winery.

Time to Allot: Approximately 60 to 90 minutes

Should You Go? Young Inglewood is quietly nestled right in the heart of St. Helena. While you’re only a few minutes off of bustling Hwy 29, you feel like you’re a world away. The seated, relaxed tasting is the best  way to discover these compelling wines.

4 thoughts on “Young Inglewood | Mastering the Tightrope in Napa Valley”