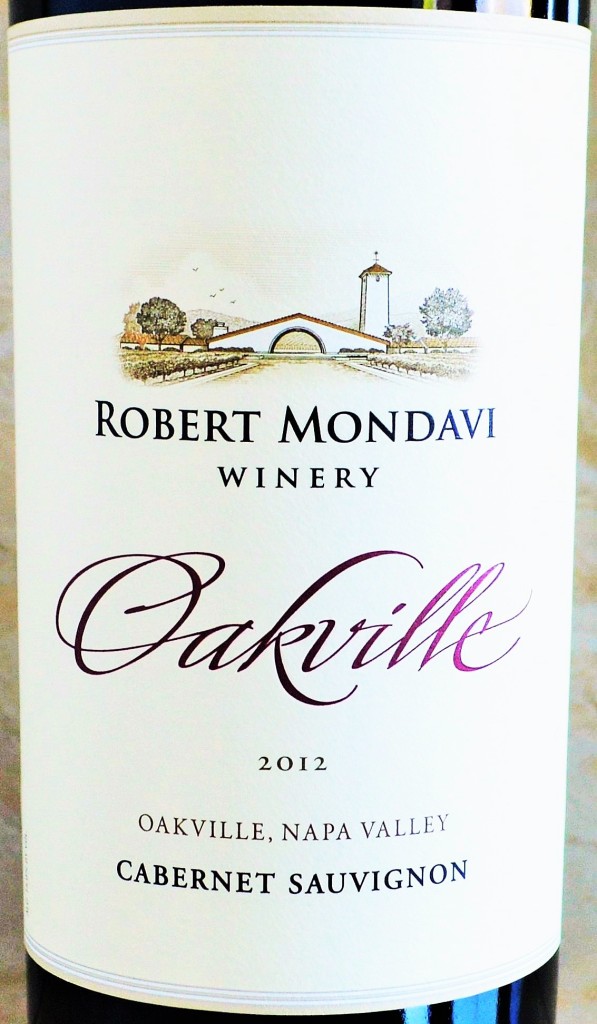 I was fortunate enough to have the opportunity to visit the historic Robert Mondavi Winery in January and tour the acclaimed To Kalon Vineyard adjacent to their Oakville estate. Widely regarded for its first-growth level quality, To Kalon has gained a near mythical status throughout the wine community in recent years.

Considering that it is arguably Napa’s most famous vineyard, with undeniably the most expensive fruit, it carries some serious cachet to have “To Kalon” on the label. Bottles regularly fetch $150 to $300+, with names like Schrader, Paul Hobbs and Carter Cellars paying record-level prices to Andy Beckstoffer for the rights to purchase fruit from his section of the To Kalon Vineyard. 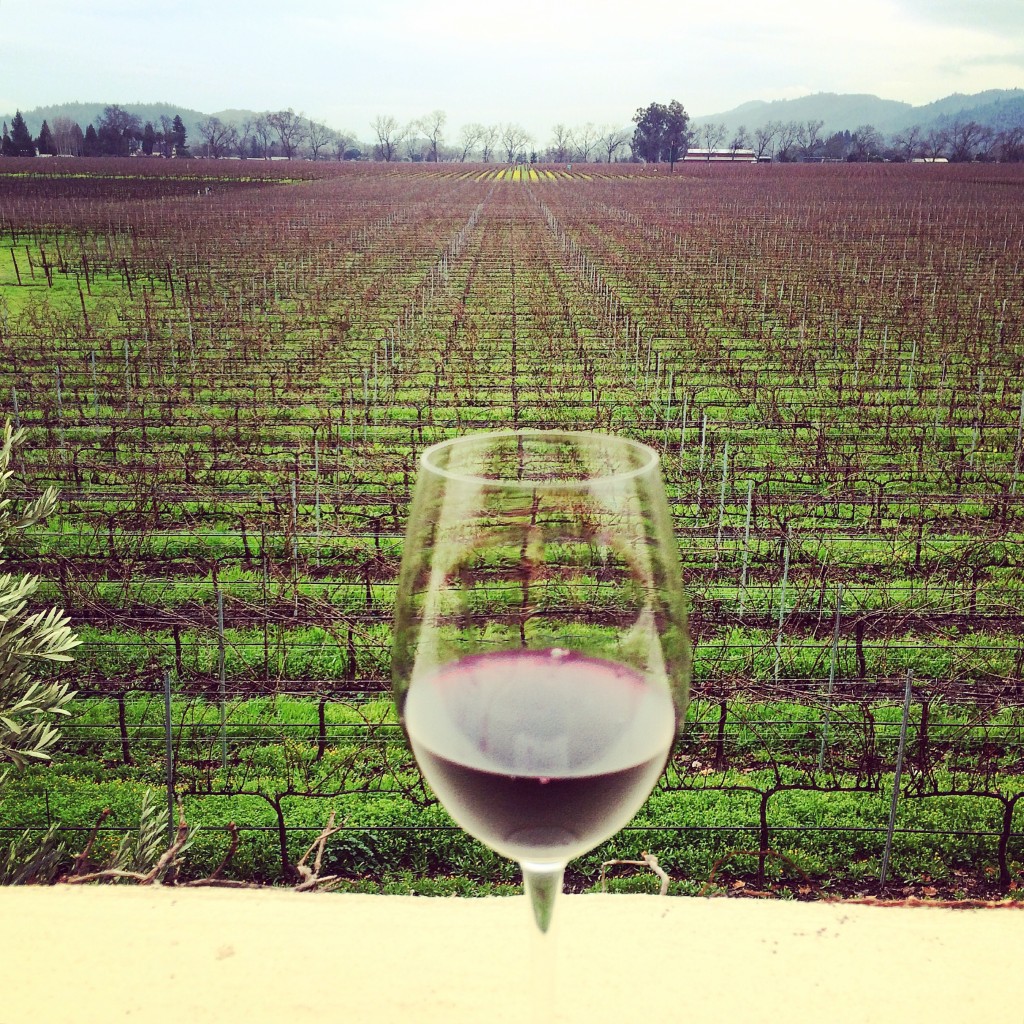 My view from Mondavi overlooking the To Kalon Vineyard in January. Click to check out more from my Instagram!

Hence my surprise when I tasted Robert Mondavi’s 2012 Oakville Cabernet Sauvignon. I was really impressed, especially considering the relatively reasonable $60 price tag. I was even more convinced when I discovered that this mid-level Mondavi overachiever was also widely distributed and that several stores across the country have the 2012 vintage available for ~$40 to $45 per bottle.

Upon asking where its fruit was sourced from, I was even more surprised to learn that, like the flagship $155 Reserve To Kalon Cabernet, it’s made entirely with To Kalon fruit (Mondavi owns the majority of To Kalon Vineyard). Seriously?! While obviously produced using the younger vines and less desirable vineyard blocks, the 2012 Robert Mondavi Oakville Cabernet might just be one of the best kept secrets in Napa – so I had to spill the beans for my readers! 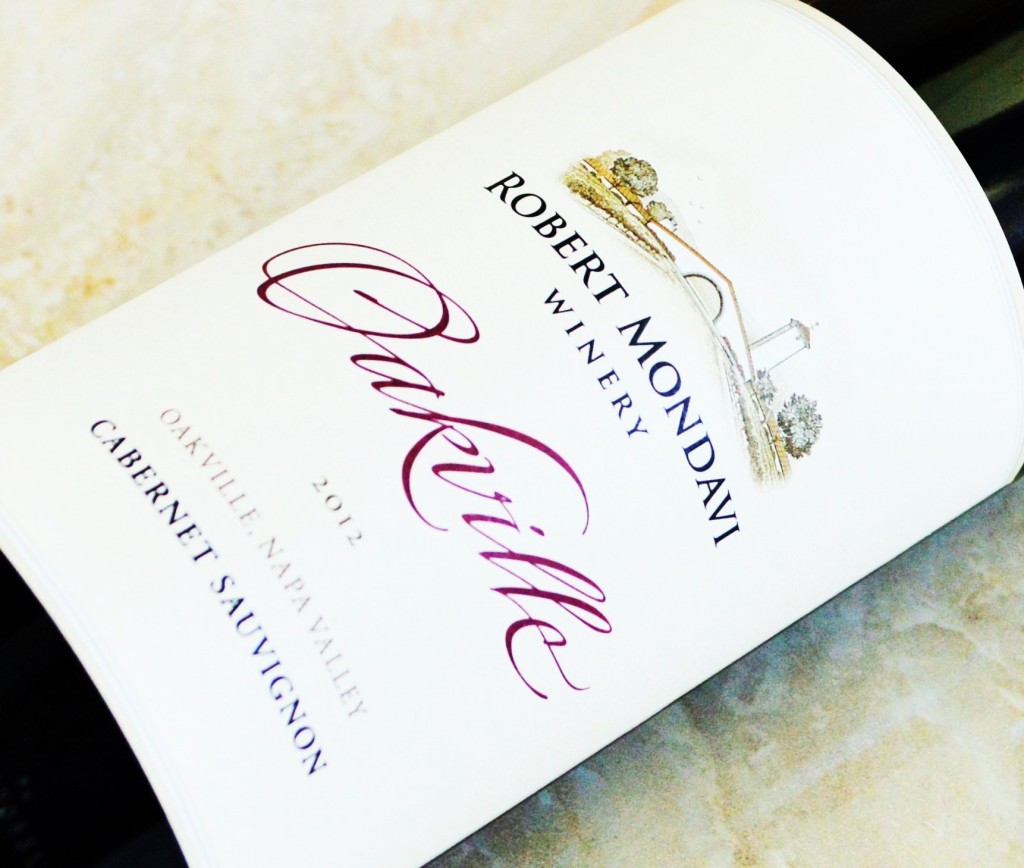 Nose: There are aromas of black raspberry and black currant laced with anise, brown spices, cedar and dusty tobacco.

On the palate: The 2012 Robert Mondavi Oakville Cabernet Sauvignon is medium to full-bodied boasting a dense core of fleshy, silky dark fruit. Rich black raspberry and creme de cassis flavors meld with tobacco, cocoa, cedar and loamy forest floor. This has solid depth and persistence in the mid-palate. The lengthy finish benefits from firm, dusty tannins and lingering smoky spices.

Where to get it: Locate it here via Wine-searcher, or directly from Robert Mondavi Winery. 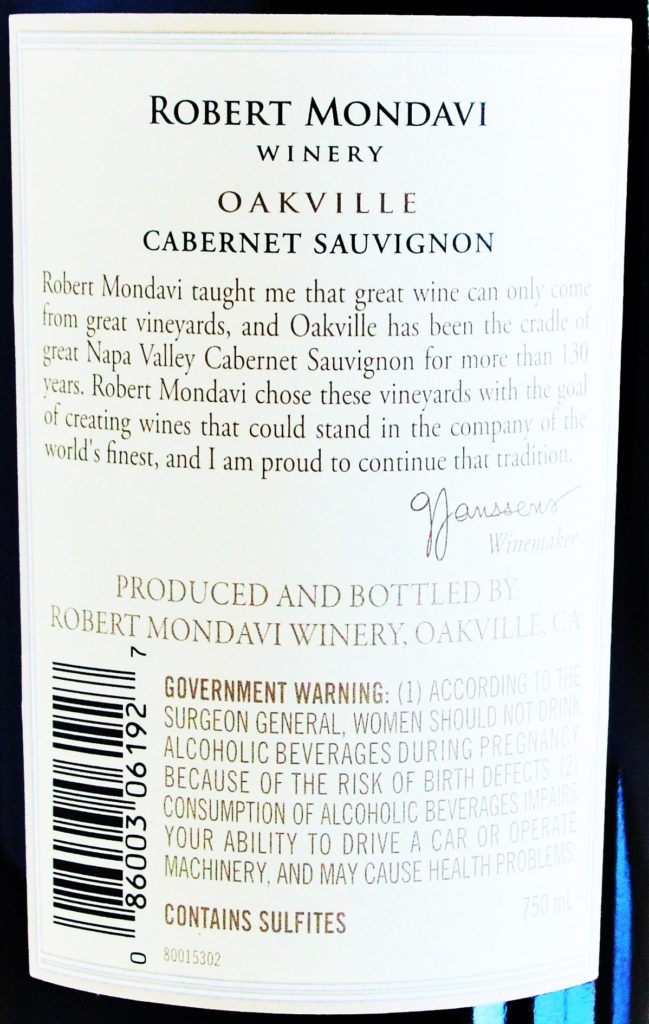 The Mondavi Oakville Cabernet quietly competes in the rarefied world of $150 to $300+ Cabernet’s, without ever drawing much attention to itself. After sharing my initial impressions of this wine on my social media accounts, it became clear to me that this particular Mondavi Oakville bottling has developed a loyal, passionate following for its unusual combination of complexity, pedigree and value.

Initially I found myself wondering why “To Kalon” was noticeably absent from its label, for having it would certainly do some persuasive shelf talking for this unassuming bottling. Perhaps Mondavi doesn’t want to take any attention away from its flagship wines carrying the “To Kalon Vineyard” designation, at prices ranging from $155 to $300 per bottle.

I had the good pleasure of tasting those wines during my visit to the winery, and as gorgeous as they were (I was particularly fond of the $155 Reserve To Kalon bottling), I walked away from the tasting relieved that the Robert Mondavi Oakville Cabernet doesn’t mention “To Kalon” anywhere on its label.

**Wine received as a media sample for purposed of review. No other consideration was received for publishing this article. All thoughts and opinions expressed are my own.