Discover Puglia | Primitivo Finds its Footing in the Heel of Italy 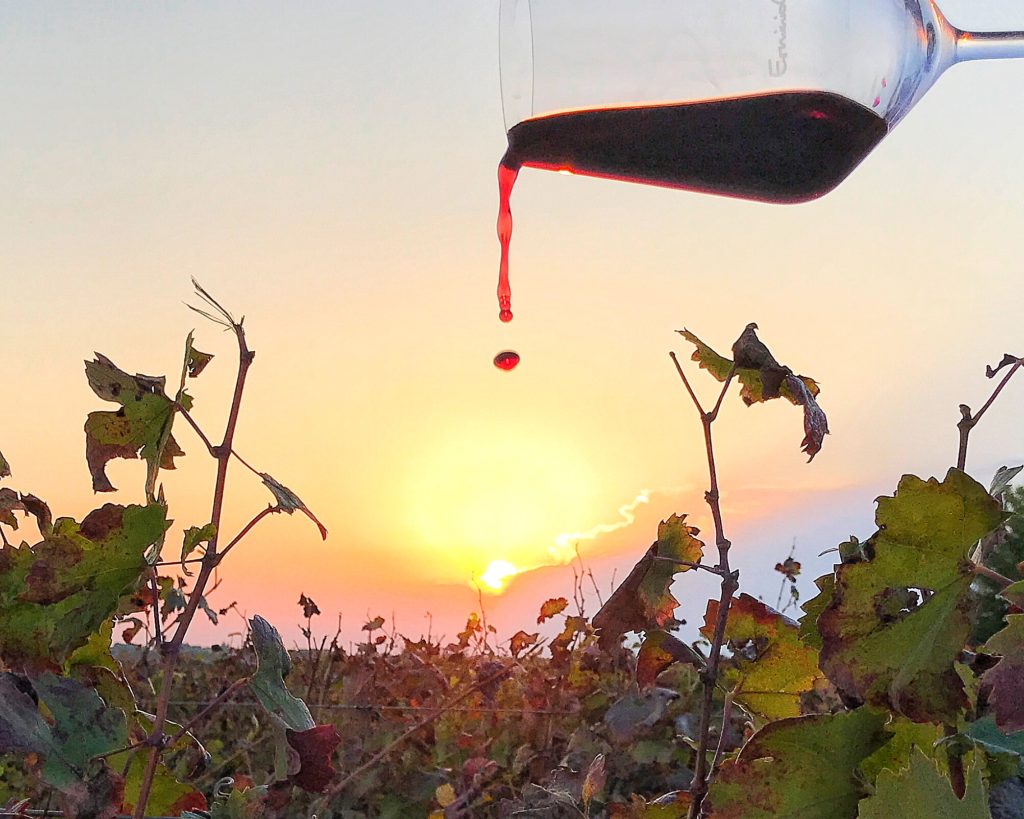 As you make your way toward the southern reaches of Italy, you’ll find the sun-drenched region of Puglia in the heel of Italy’s boot. Surrounded by crystal clear waters on three sides, summer months have long attracted droves of tourists in search of a laid-back atmosphere, fresh seafood and pristine beaches. In other words, a uniquely Puglian respite.

But agriculturally, it’s historically been most notable for its olive oil and bulk wine production, which has been used to blend and bolster wine from more established regions, primarily northern Italy.

Despite wine having been produced for hundreds of years in the region, its only been in the last 20 years that Puglia has attracted recognition for its unique terroir and dry, sunny maritime climate. Today, a new wave of winemaking talent has recognized the potential of this oft-overlooked region, and its most noble wine: Primitivo di Manduria.

Consumers around the world are beginning to take notice, too, as US, German and Chinese markets have enthusiastically responded in kind. With US prices ranging in the $10 to $20 range, it’s easy to see why savvy consumers are finding Primitivo di Manduria’s combination of quality and value a compelling proposition.

Primitivo is to the south of Italy as pasta is to Italy. “For the south, it’s something easily recognizable and its our core business because we believe a lot in Primitivo. It’s something for everybody, because Primitivo has everything you are looking for in a wine: full-bodied, fruity, and complex.” says Giuseppe Gabrielli, Export Manager for Masca del Tacco, whose portfolio of Primitivo wines were a highlight of our tastings.

Getting to Know Primitivo | Key Facts 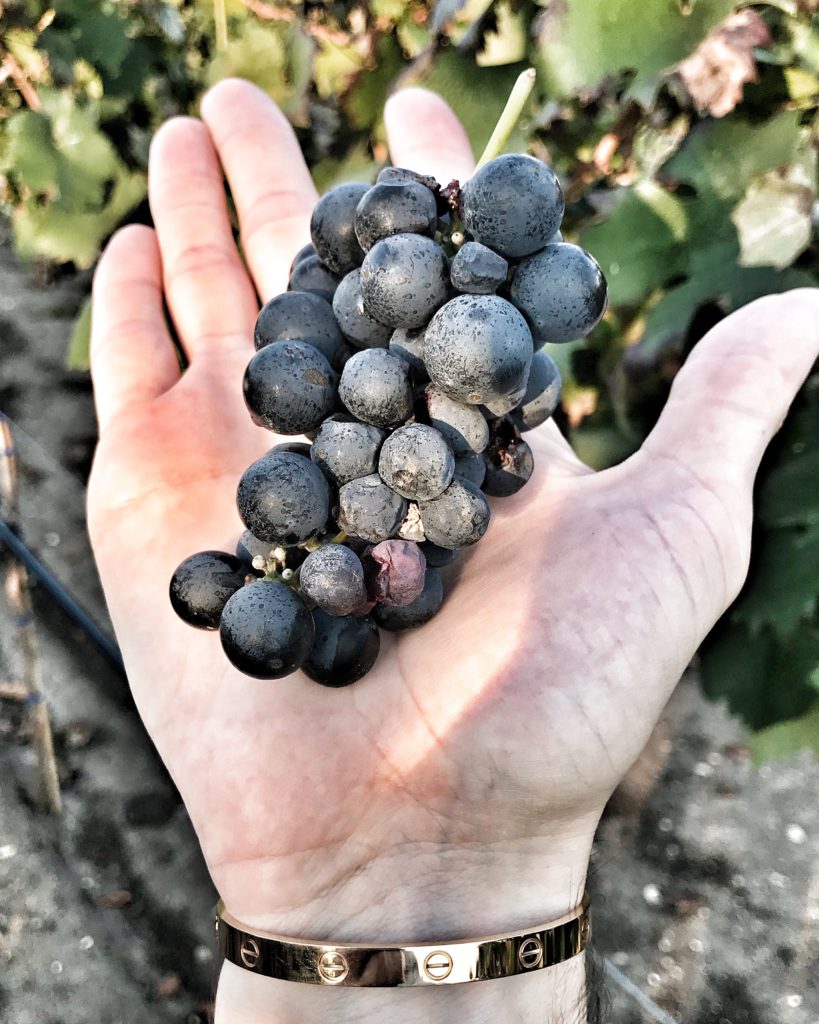 “Zinfandel is the American name of Primitivo”, describes Giuseppe. It’’s 99.2% similar genetically, and most consider it to be the same grape, which was found to have originated in Croatia.

Primitivo wines are similar to California Zinfandel in that they’re usually bold and full-bodied, but differ in that they possess less jammy ripe fruit and more of a savory rusticity which makes lends a refreshingly distinctly old-world flare. Generous spice and floral licorice aromatics typically rounds out the varieties high acid, high tannin profile.

Standouts Wines Worth Seeking Out

As is often the unfortunate case when discovering great small producers abroad, the excitement of a great wine discovery fades as quickly as you soon discover that the wines aren’t yet available in the states (though some thankfully are!). We tasted a diverse selection of wines from a total of 9 producers, and the following were standouts from our tastings: 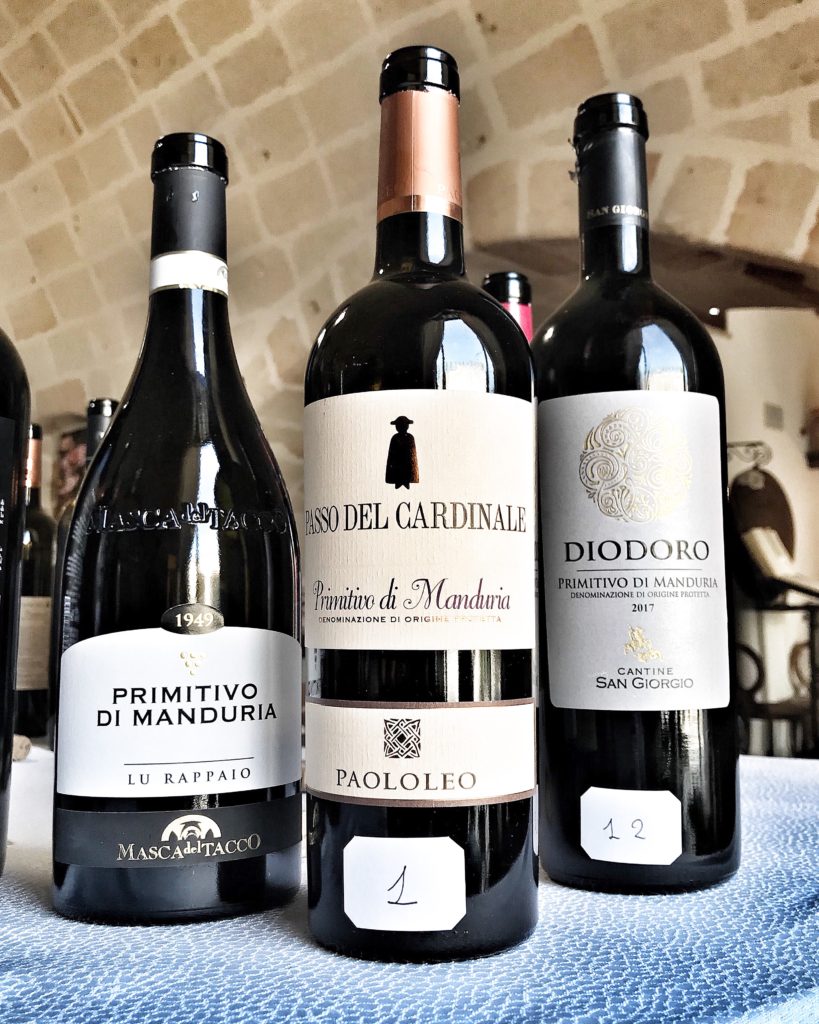 The best examples of Primitivo du Manduria possess a mineral-inflected, wild underbrush quality that’s lifted by delicate floral aromatics. They boast an intriguing juxtaposition of elegance and power, with no shortage of red fruit flavors enveloped by licorice and clove spice.

Arguably the most compelling Riserva Primitivo di Manduria I tasted was the Masca del Tacco Piano Chuse. Produced in minuscule quantities, it’s crafted from top vineyard sites throughout Manduria, covertly identified by the 3 sets of numbers appearing on the label. 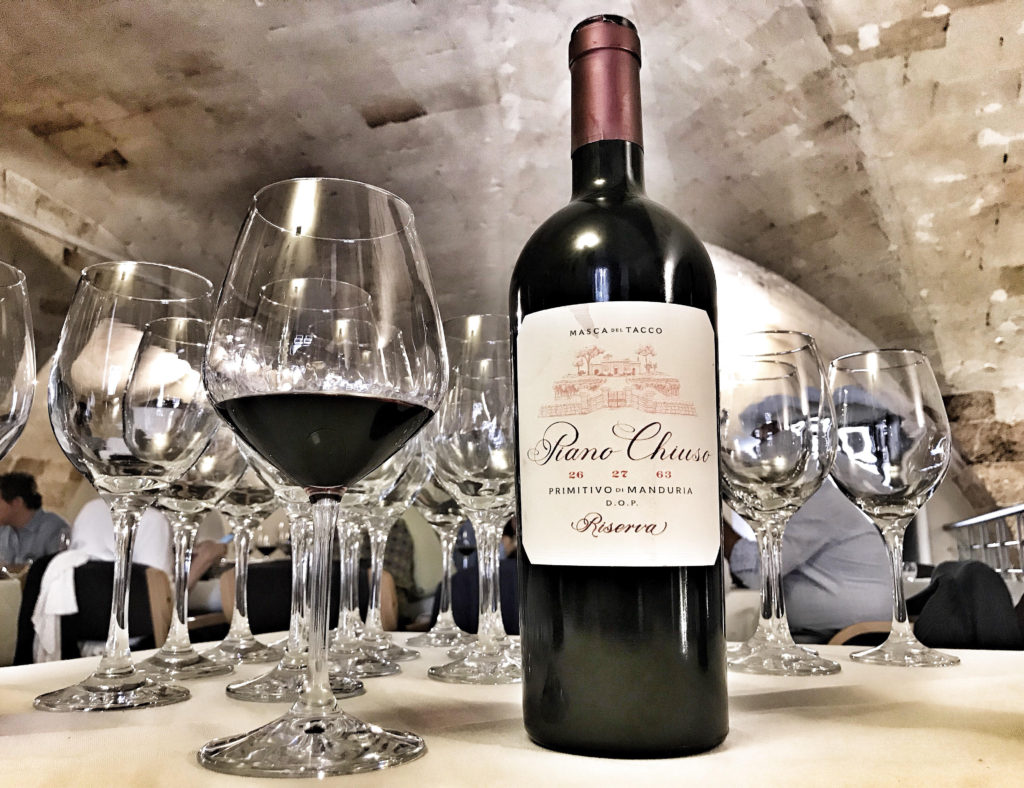 It possesses a refinement and elegance that belies its depth and concentration, with a spicy core of plum and black raspberry fruit that’s rich but never jammy, underscored by fine dusty tannins and toasty cedar. The satiny texture, purity of fruit and overall balance of this powerful wine really impress, and you would never know the Piano Chuse clocked in at 16% alcohol.

The Italians don’t requite a special occasion to enjoy a bottle of wine with dinner, its simply part of everyday life. Perhaps we should follow their lead, or consider the fact that we can find such a hearty, satisfying red wine at an affordable price its own occasion worthy of celebrating.