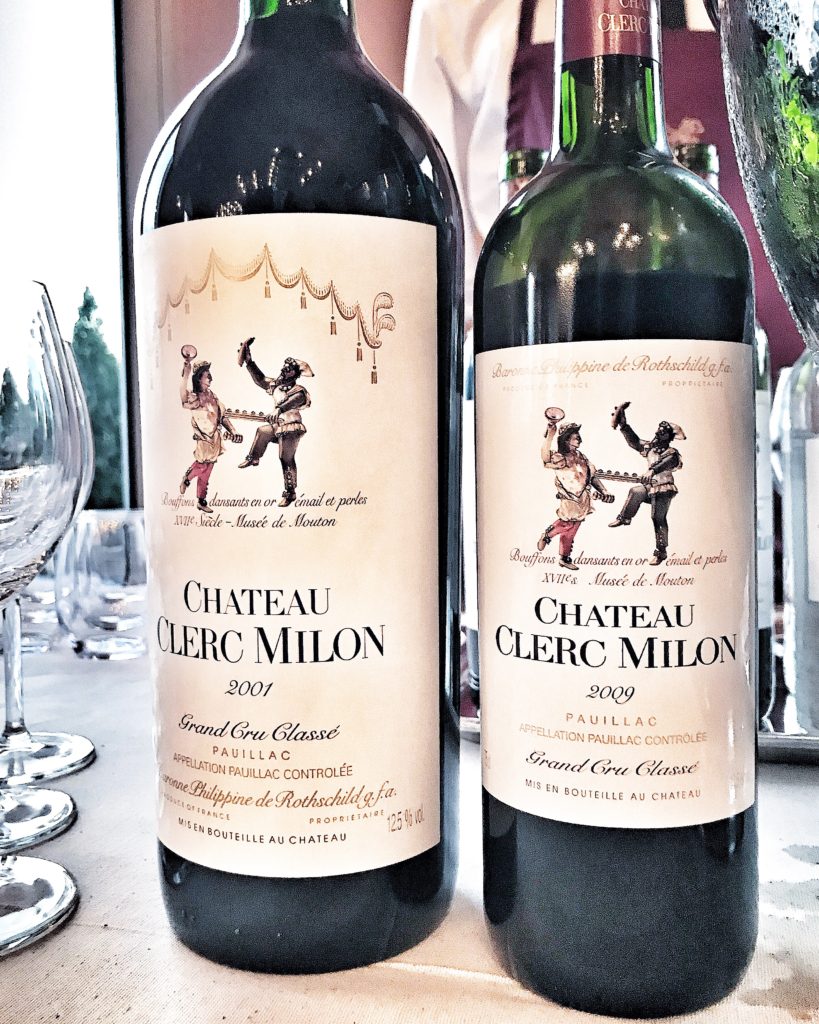 Have you ever noticed the dancers adorning each label of Château Clerc Milon?

The Rothschild family, who owns Château Clerc Milon, has long been a patron of the arts. In fact, it was Bordeaux visionary Baron Philippe de Rothschild who rather shockingly broke from long-standing tradition by commissioning artists to create his own labels from original artwork.

Today, the Rothschild Foundation continues to build on that tradition with the semi-annual Prix Clerc Milon de la Danse, a ceremony which recognizes and celebrates the talents of the prestigious  Bordeaux Opera Ballet and honors the memory of the late Baroness Philippine de Rothschild, who had forged a deep connection to the Ballet during her lifetime. 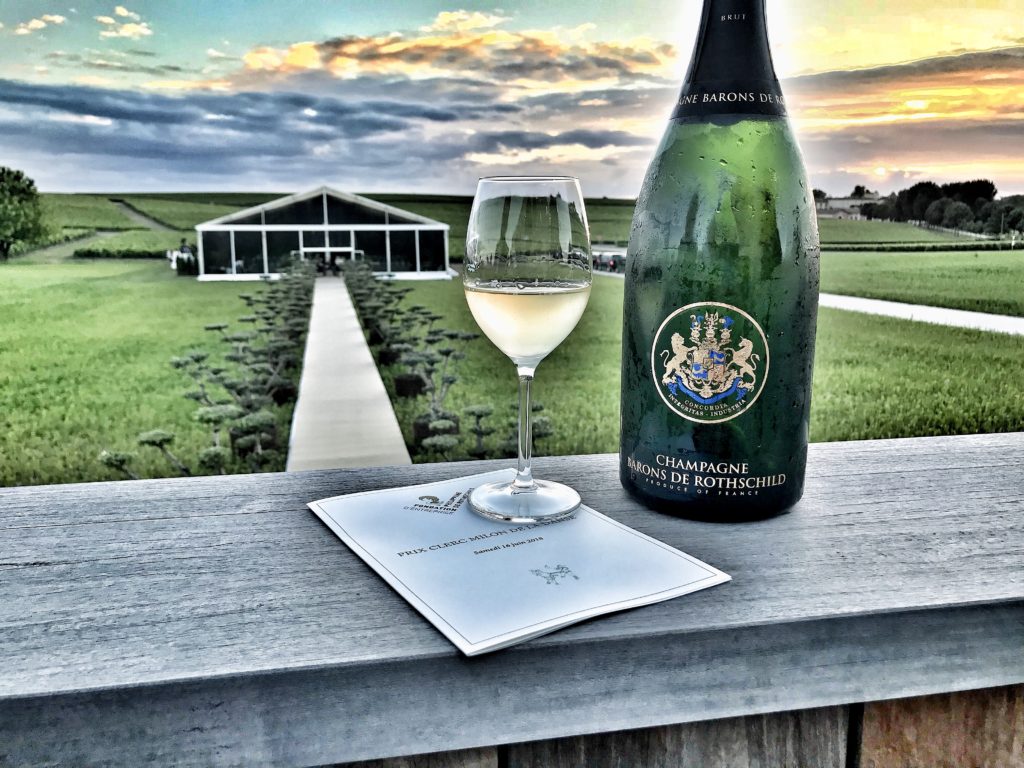 Art and wine have never intersected in such a beautiful way, and I am extremely fortunate to have been able to witness this magical evening unfold firsthand. Nestled in the heart of Pauillac, the vines of Château Clerc Milon provided the perfect backdrop for the stage to be set.

Seated just three rows from the impromptu stage, my fellow writers and I were treated to an intimate viewing of an impassioned performance. The mesmerizing combination of grace and power on display cast a spell over the entire audience. 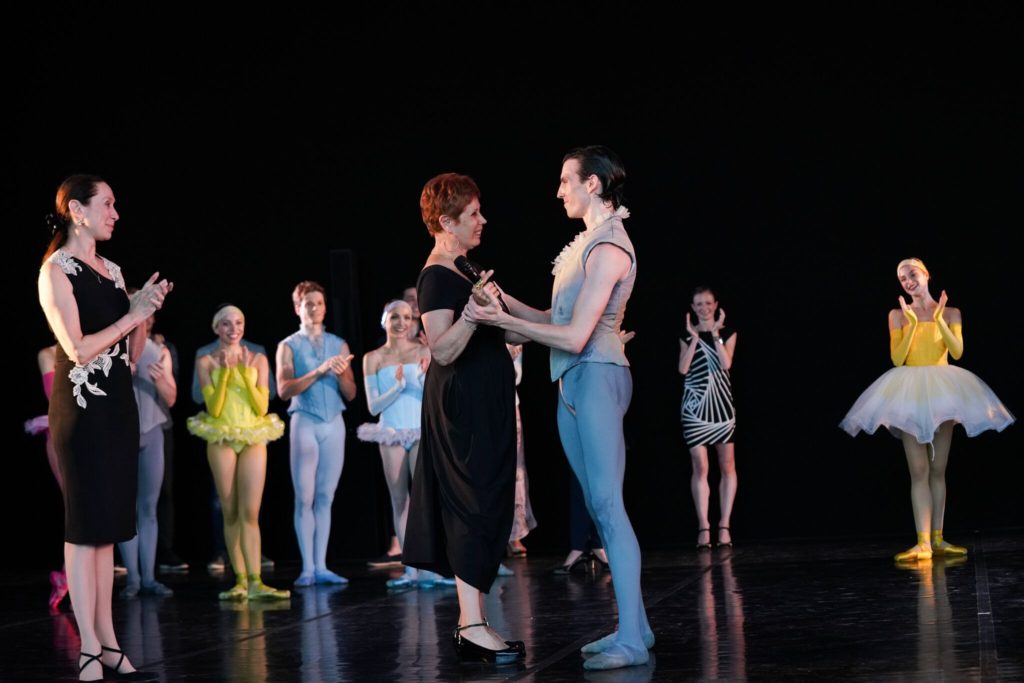 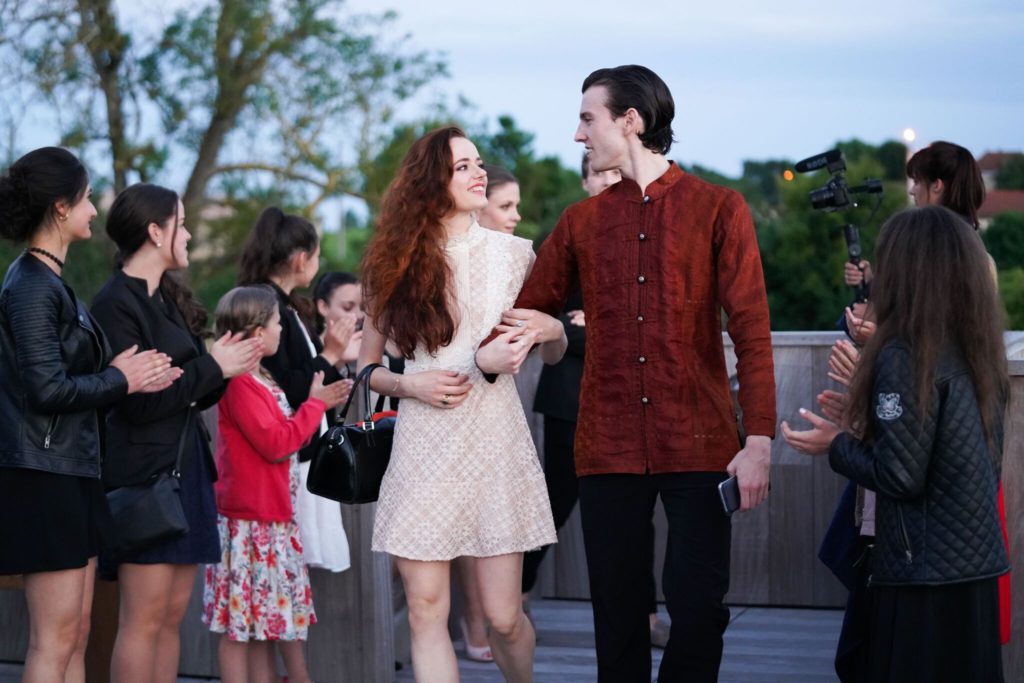 “We want the Clerc Milon Dance Prize to serve as a real springboard for the artists who receive it, and the awards ceremony to be a red-letter date for all dance lovers. So we are delighted, on behalf of the Philippine de Rothschild Foundation, to host for a second time this wonderful event centred on dance and wine, the essential symbols of Château Clerc Milon. Through this prize we are happy to reinforce our partnership with Bordeaux National Opera, a stand-out institution in the city’s cultural life, and in doing so to perpetuate our family’s commitment to the arts in the Bordeaux region”, said Philippe de Rothschild, President of the Foundation

When Baron Philippe de Rothschild purchased Château Clerc Milon in 1970, the property was in a state of neglect and disrepair. The estate had also been broken up, with individual parcels sold off to settle inheritance taxes over the years.

But since acquiring the property, three generations of the Rothschild family have demonstrated tremendous patience and vision as they’ve made investments in modernizing the winery while slowly reassembling the estate, which is right next door to its big brother, Mouton Rothschild, and is just across the street from its cousin, Lafite Rothschild.

Today, Château Clerc Milon spans 45 hectares and possesses the state-of-the-art winemaking facilities worthy of its special terroir (which at one point was actually part of Lafite). The estate is flourishing under the leadership of Estate Director Jean-Emmanuel Danjoy, and in my opinion remains a wholly underrated producer for its level of quality. The wines are immensely age-worthy, yet remain refreshingly affordable relative to its more celebrated neighbors in Pauillac.

Buy Recommendation: The 2016 vintage of Clerc Milon offers a compelling combination of quality, depth and value. You can still acquire futures here.