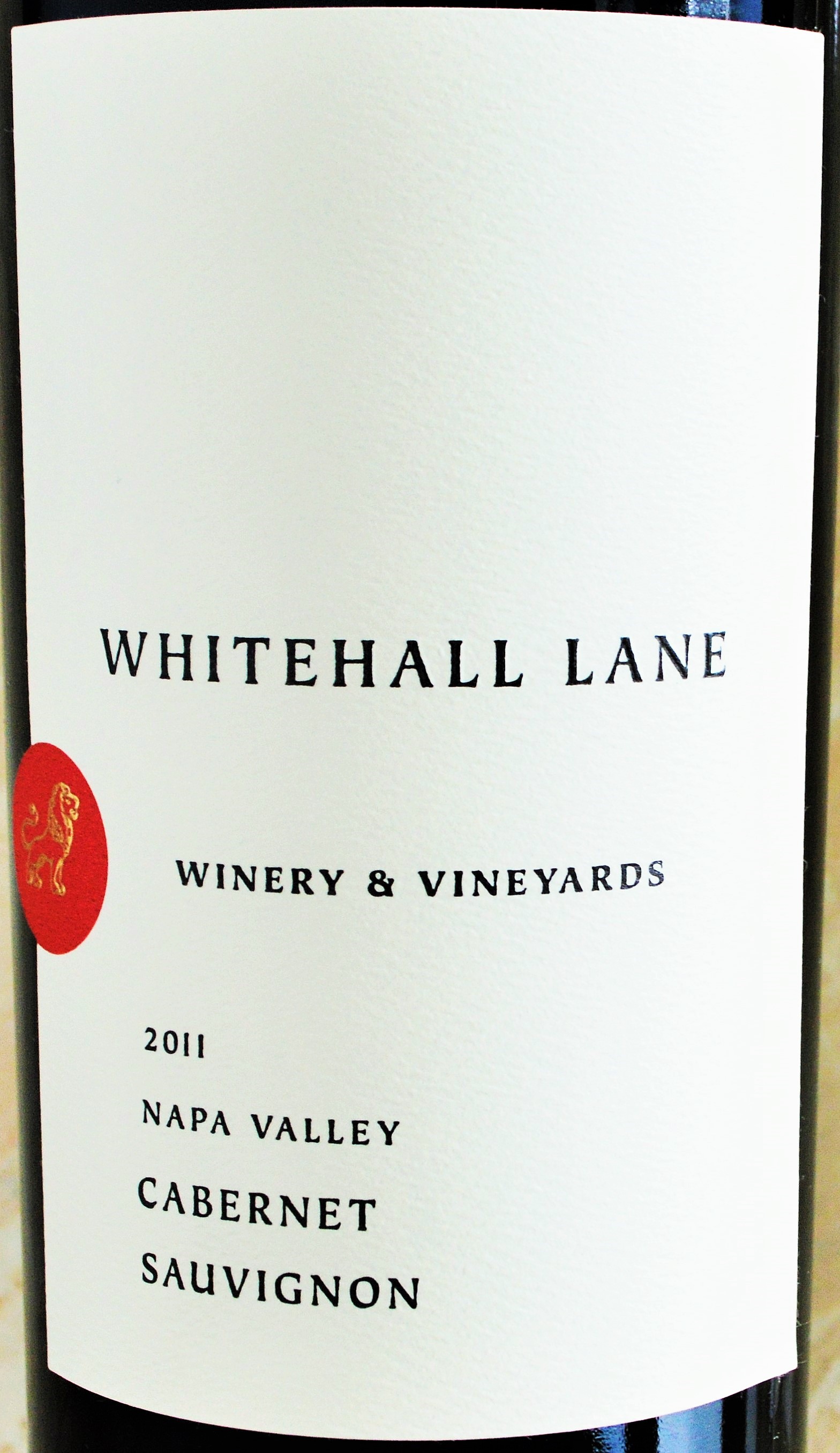 On my most recent trip to Napa Valley I had driven past Whitehall Lane Winery in Rutherford several times. The thought occurred to me that I had surprisingly never tasted any of their wines so I decided to stop in one night around 5:40 p.m. while on our way back to The Carneros Inn after seeing that they were open until 6 p.m. This is pretty late for wine tastings as most wineries close their doors between 4 and 5.

Although the sign stated that Whitehall Lane Winery was open until 6 p.m., I was kindly informed that they actually do their last tastings at 5:30. I couldn’t help but thinking that I had just committed the wine tasting faux pas of showing up to taste at the last minute while everyone is trying to close up and get home.

Yet any mild embarrassment I might have had was quickly quashed by the friendly tasting room staff who enthusiastically invited us back for a tasting the following day, on the house. This is just the kind of great customer service that is so refreshing and all to often hard to find on busy and super-touristy HWY 29 in Napa. So I made it a point to come back to Whitehall Lane Winery and taste their wines. The verdict: I’m sure glad I did!

Each and every wine in this small, family-run winery’s portfolio was incredibly well-crafted and was a relative bargain compared to many of it’s nearby neighbors. Further adding to the tasting experience was Luke, who by my take manages the tasting room at Whitehall Lane Winery. He was an excellent brand ambassador and had extensive knowledge not just of the wines he was pouring, but of the competing pours in Napa. It was he who recommended that I visit Palmaz Vineyards and that also turned out to be a great experience!

One of my favorites wines of the tasting was the Whitehall Lane Cabernet Sauvignon 2011! 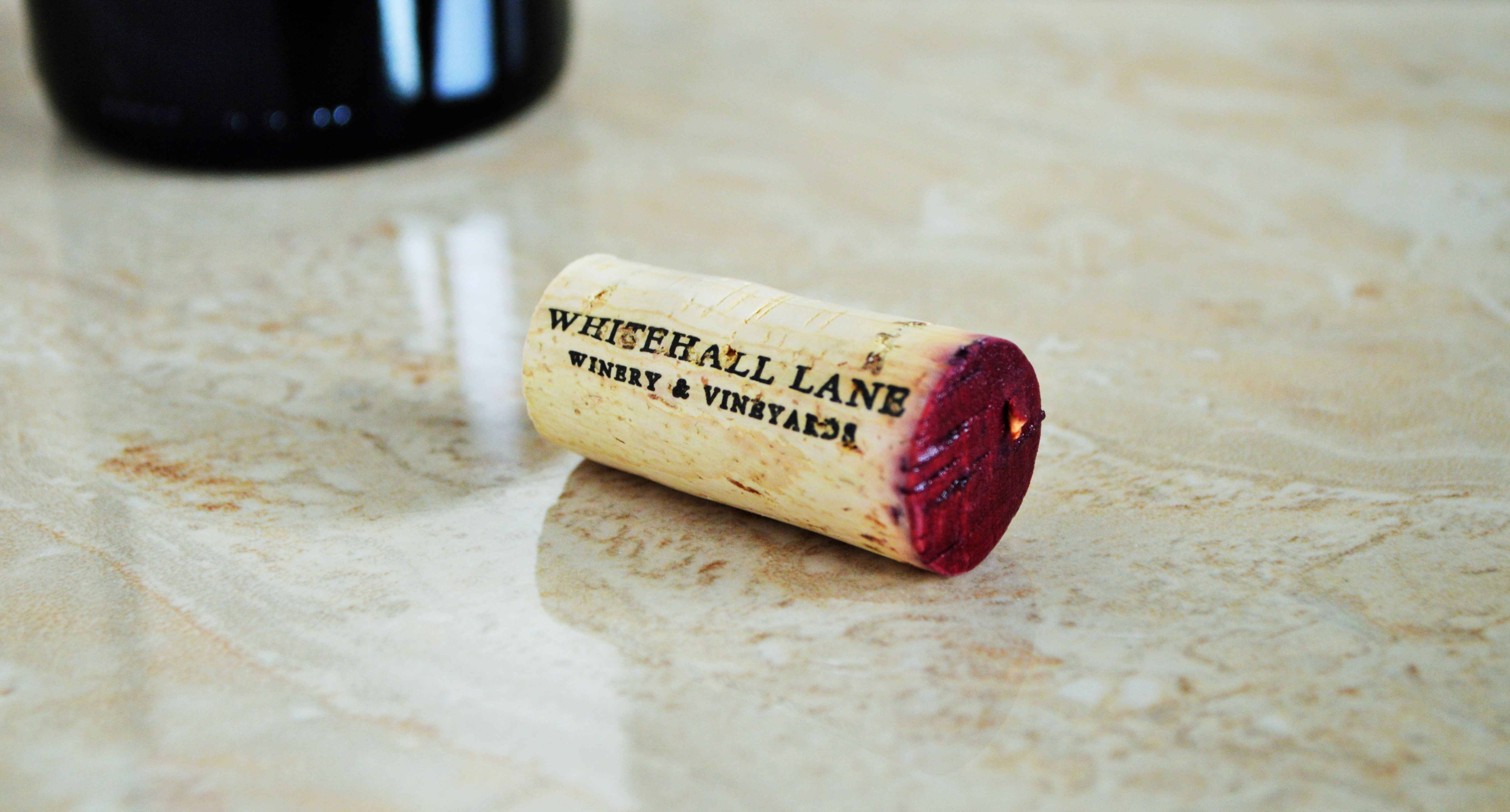 Nose: Bright and sweet red fruits are interlaced with dusty black fruit along with notes of camphor and graphite.

On the palate: The Whitehall Lane Cabernet is on the fuller side of medium to full bodied. The mid-palate is juicy and quite silky with just enough grip from it’s polished tannin. There are vibrant raspberries and plums before evolving to notes of kirsch, sweet cassis, black licorice, juicy blackberries and just the slightest hint of tobacco before a lingering soft spice on the finish. The Whitehall Lane Cabernet has a nice earth component with elements of crushed rock and a bright acid profile. This is somewhat reminiscent of a Left Bank Bordeaux for me and is really fun to drink.

How I got it: Sample

Price: $40 Retail (Although widely available ~$30 according to Wine-Searcher) 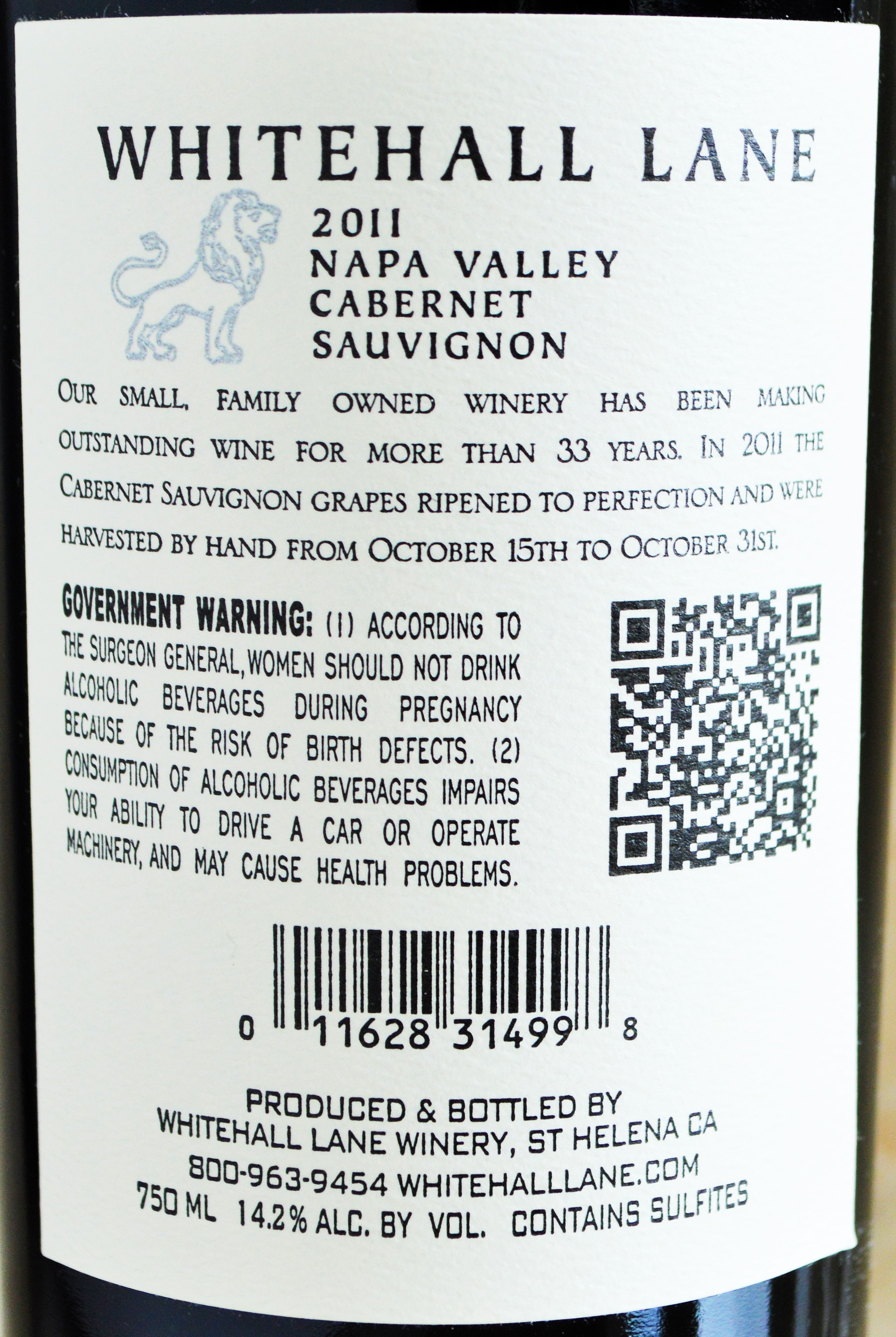 This is an excellent Napa Valley Cabernet Sauvignon exhibiting both an expressive and refined personality. Considering the modest price point relative to most Napa Cab’s, this has certainly benefited from Whitehall Lane Winery’s extensive portfolio spanning 140 acres of prime valley floor vineyards.

The fruit used to make the 2011 Whitehall Lane Cabernet was sourced from St. Helena, Calistoga, Oak Knoll, Yountville and Rutherford. It was aged for 20 months in a combination of American and French Oak before final blending to attain the ideal balance.

It is almost certainly in part due to the early vineyard acquisitions by the Leonardini family in the 1990’s that Whitehall Lane Winery is able to produce such a fine Cabernet Sauvignon from such prestigious vineyards at less than much of the competition.

So even if you only come to Whitehall Lane Winery for the informative, laid-back and warm wine tasting experience, you’ll more than likely want to leave with a few bottles of Whitehall Lane Winery’s award-winning wine. Frankly, if they’re able to accomplish such a good Cabernet in one of the most challenging vintages in Napa Valley’s recent history, then I can’t wait to try their wines from the rock star vintages of 2012, 2013 and 2014!