Stinson Vineyards is a small, family-run winery located in Crozet, Va. The father/daughter winemaking team of Scott and Rachel Stinson sought to produce fine wines in Virginia with a winemaking philosophy that is strongly influenced by those of the French, and especially the controversial ‘garagiste’ winemakers of France.

Rather appropriate then is the fun fact that the winery at Stinson Vineyards is actually built into an old 3 car garage on the 12 acre property. That may be all they have in common with the garagiste winemakers however as Stinson Vineyards focuses on “…European-style wines that emphasize subtlety and complexity rather than power and super-ripeness…” The latter attributes essentially being the goals of the French garagiste winemakers who defy mainstream, more traditional French winemaking practices.

Stinson Vineyards has garnered critical acclaim for their wines and have developed a nice following from visitors who appreciate the boutique, historic setting with it’s stunning vistas and reportedly excellent wines. And on that note, let’s see just how good their wines are! 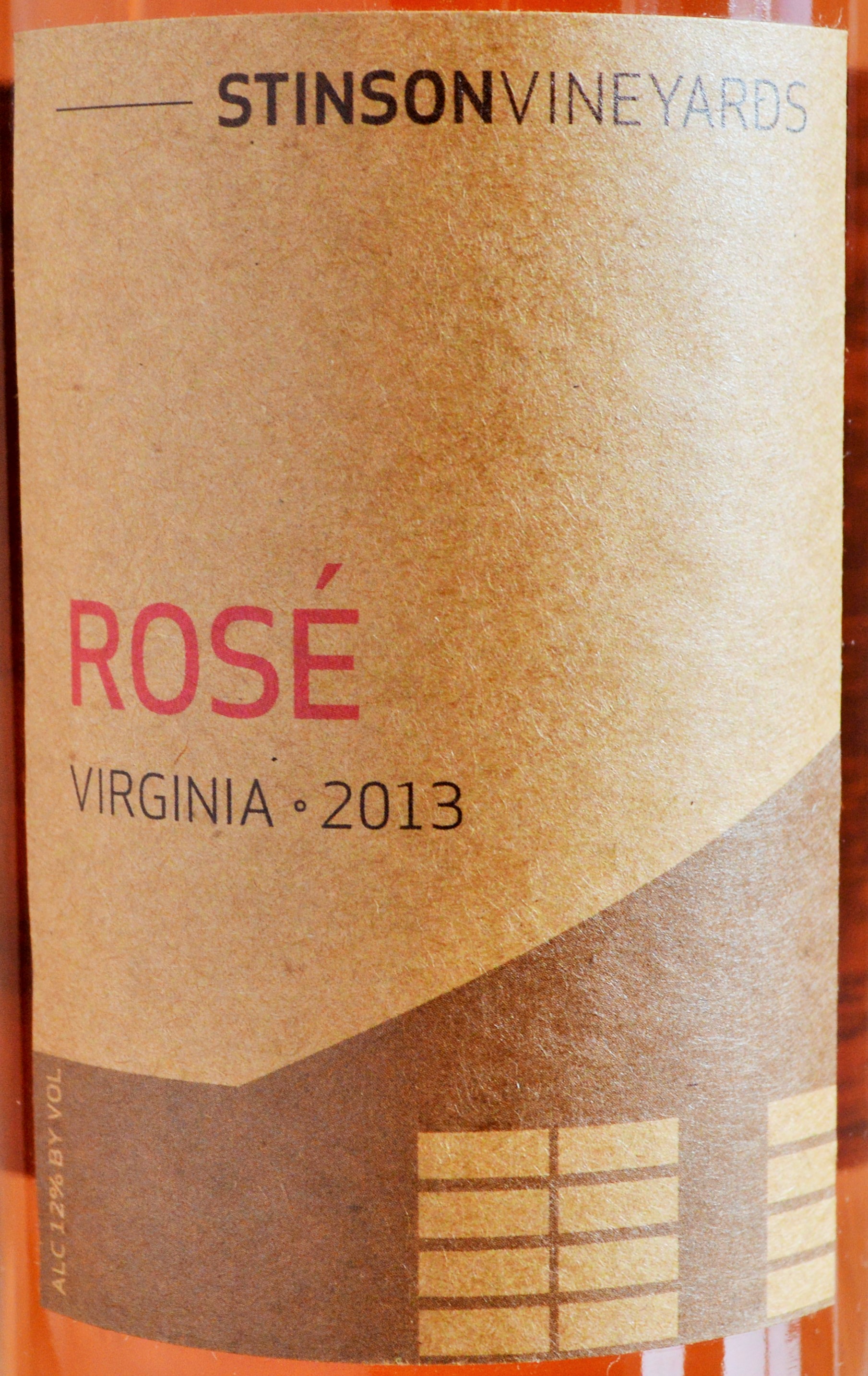 2013 Rose | Stinson Vineyards – A beautiful medium-pink color in the glass with very good clarity. Produced from 100% Mourvedre, the perfumed nose reveals juicy white peach, melon, rose petal and a hint of nectarine. Those notes translate well into flavors on the creamy, smoky palate. This is medium-bodied and has a nice balanced and refreshing profile that finishes dry.

The Mourvedre used to make the Stinson Vineyards 2013 Rose was sourced from Muse Vineyards in Woodstock, Va. 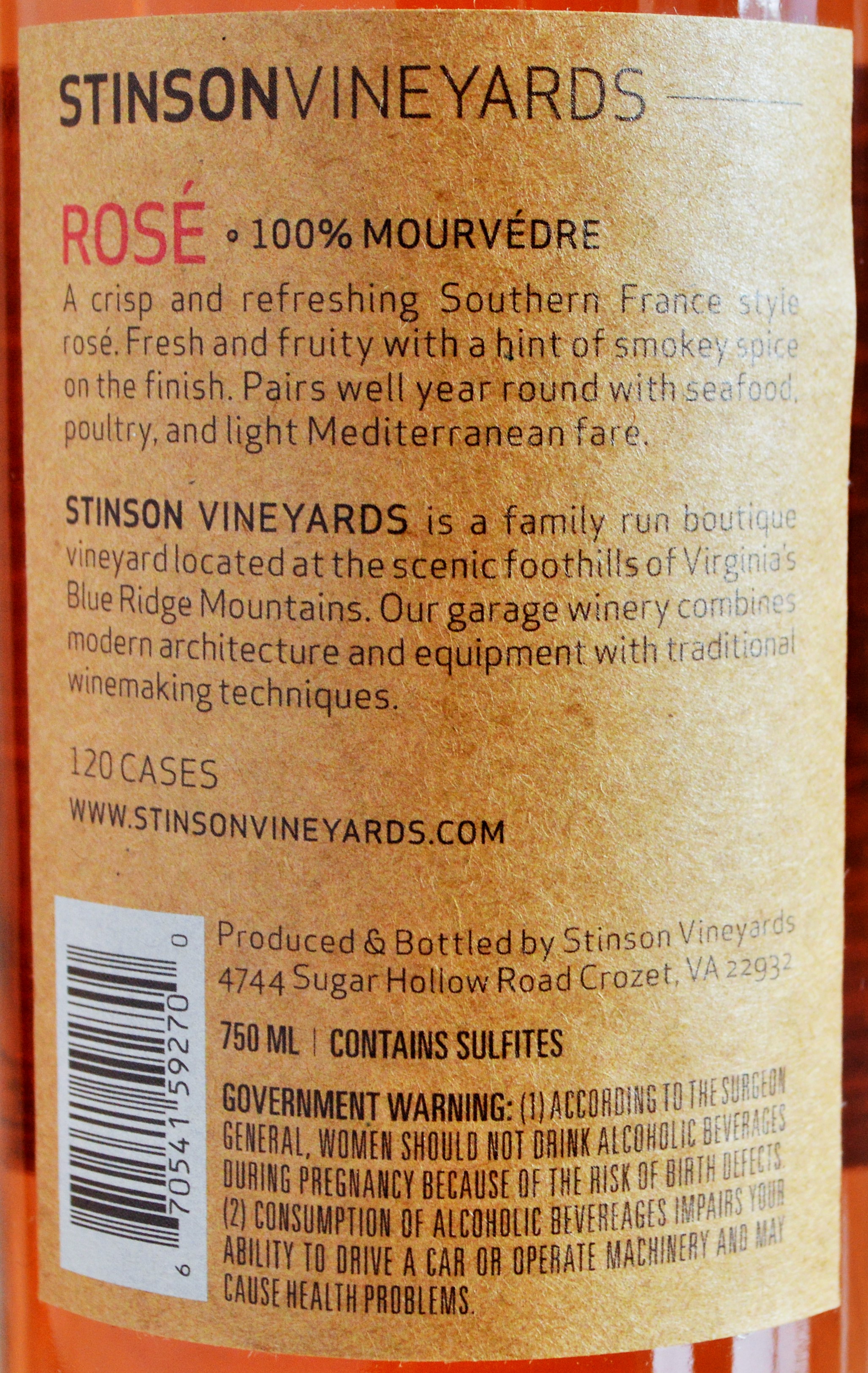 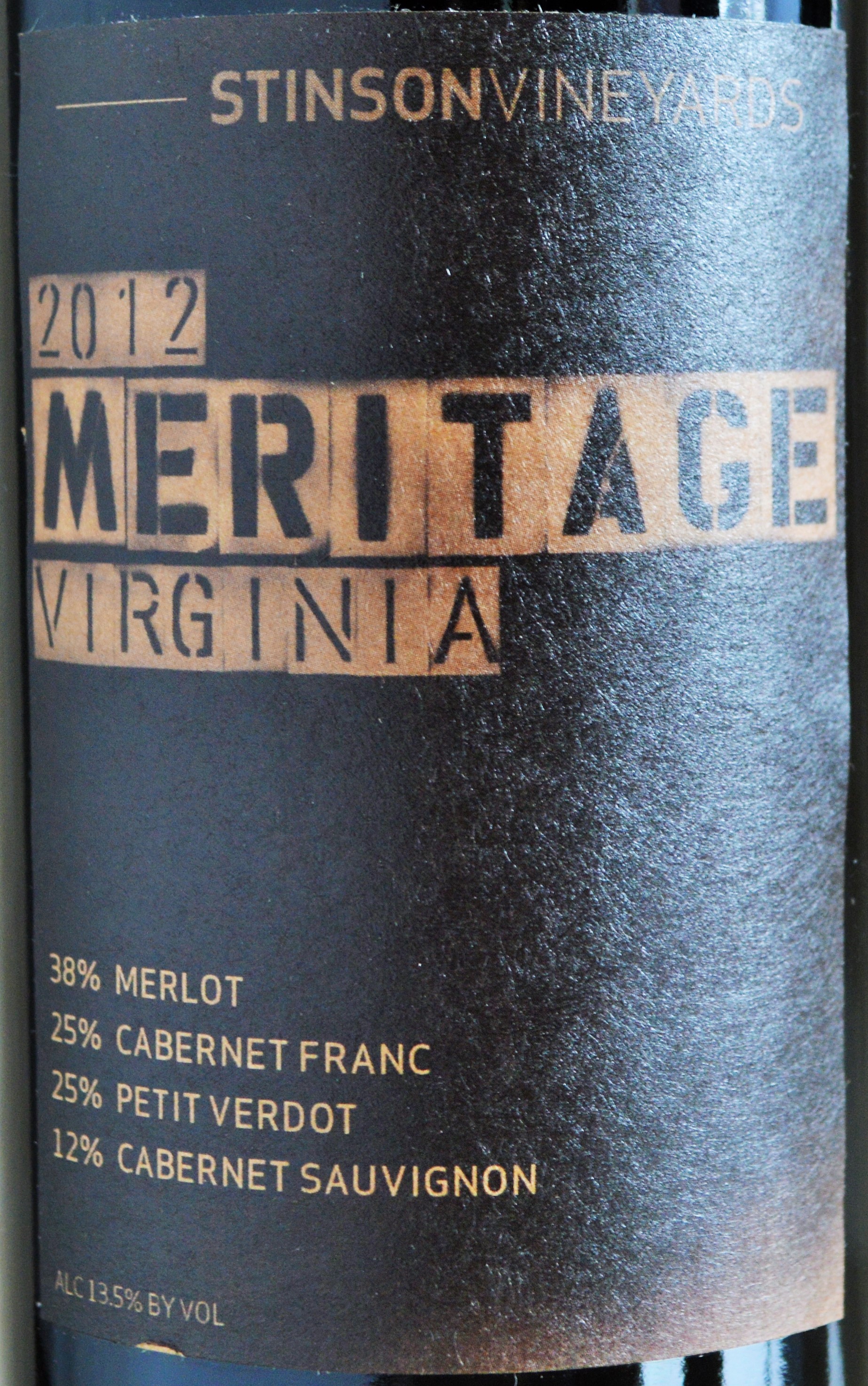 2012 Meritage | Stinson Vineyards – A nice medium garnet-red in the glass with a nose redolent of potpourri, bright red fruit, cherry liquor and a bit of smoke. The palate is framed by a core of red fruits such as raspberry, red currant and cherry along with subtle notes of red beet, licorice and smoke. It’s a nice, balanced effort with a medium-body and a lingering, spicy finish. 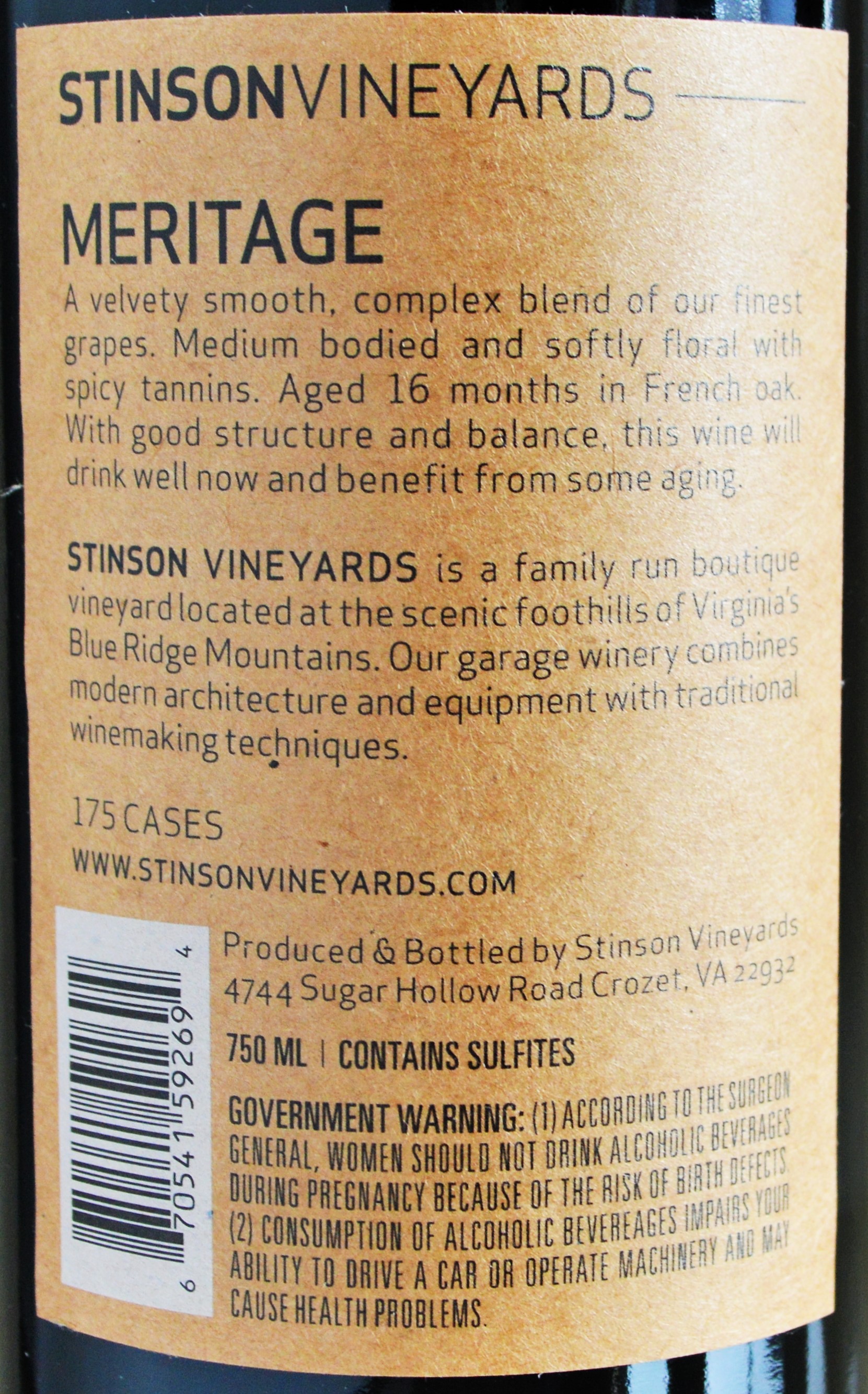 I try to make it to Virginia wine country about once a year, although this past year my group opted for a trip to visit some great Long Island Wineries instead. Virginia wines, especially reds, have had a reputation of inconsistency in the past but that has mostly changed for the better.

I’m happy to report that both of these wines were quite good and the 2012 Meritage is certainly amongst the better reds I’ve tasted from Virgina. The winemaking techniques that Stinson Vineyard utilizes such as whole berry fermentation for their red wines and sur lie aging for their white wines surely help them to produce more distinctive, complex wines.

As a resident of Washington D.C. and a life-time local, I’m always an advocate of Virginia wine and the progress that it has seen. These wines are further evidence of that progress and I hope to get to visit the winery one day.

For a modest tasting fee of $7 you can taste at Stinson Vineyards. For more information on visiting, click here.