Two of my best friends are decamping the Washington D.C. area and are relocating to Seattle sometime this year. While I’m not exactly thrilled that they are moving to the other side of the country, it will give me a great excuse to visit beautiful Washington State from time to time and perhaps even explore it’s burgeoning wine country – where Northstar Merlot is produced.

Already big wine-lovers, their impending move has them drinking almost exclusively Washington State wines these days. It has been great fun to pop the cork on several different examples and most of them have been great if not excellent. One of their favorite go-to bottles has been the Northstar Merlot, which they regularly find for under $30.

But then they told me that the highly-acclaimed 2010 Northstar Merlot was being sold in the Costco Wine Section for under $20! So naturally I jumped at the opportunity to grab a case before it sold out – as the best deals always seem to do.

Appearance: Dense and quite dark at the core making way to a crimson red rim.

On the palate: The 2010 Northstar Merlot is a powerful, tightly-wound wine even at over 4 years old. The mid-palate develops with copious blackberry and black cherry flavors before revealing notes of pine needle, graphite, molasses, cocoa and clove. The tannins are firm and drying. After an extended decant the silky texture begins to reveal itself. While this is enjoyable to drink now I believe it has great aging potential and would benefit from several more years of bottle age to soften the tannin.

Should you buy? Absolutely, this is a Cabernet lover’s Merlot! Even if you only buy the Northstar Merlot to prove to yourself that all Merlot mustn’t be soft and boring. This is a stellar value at Costco’s price. 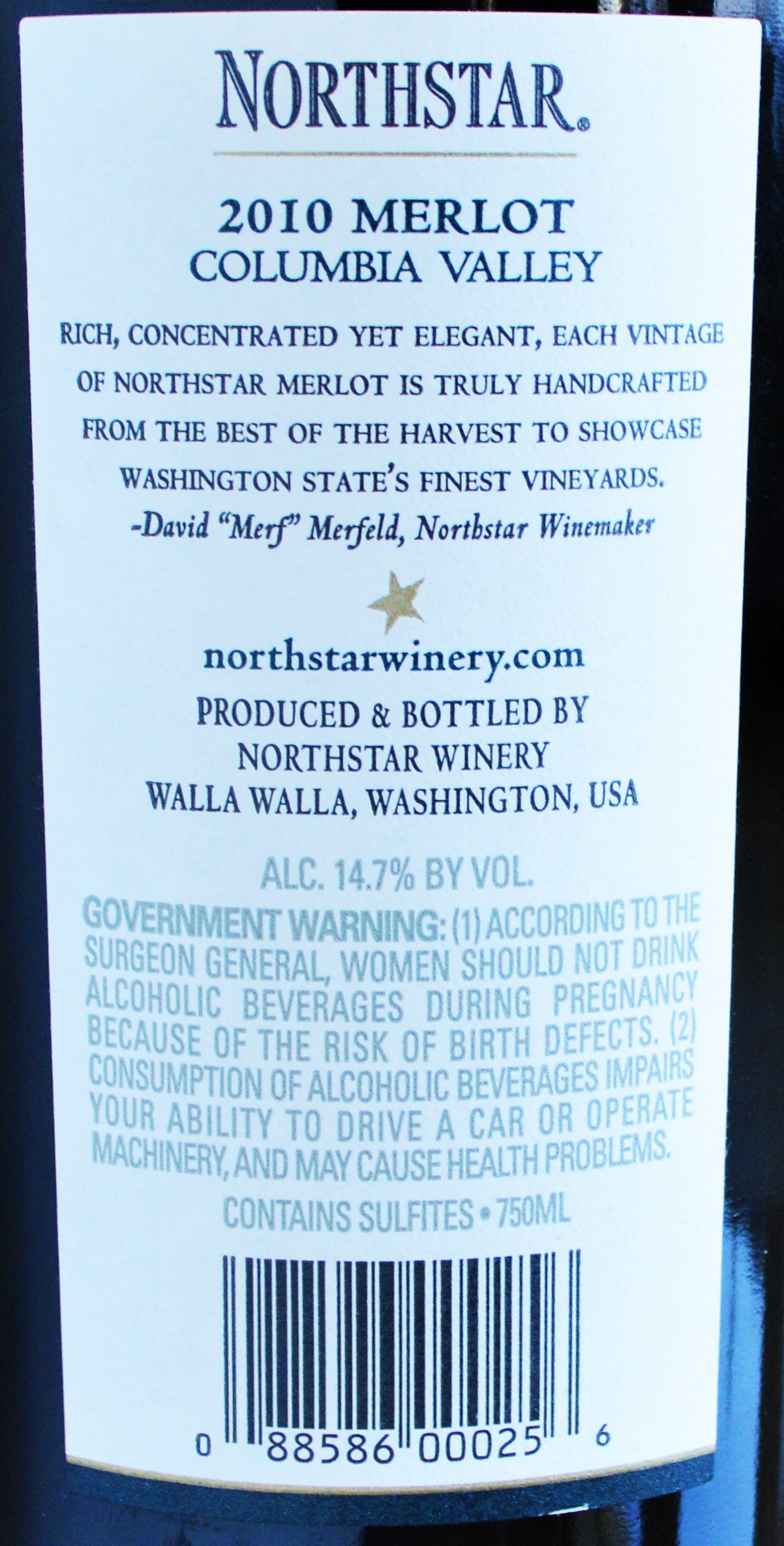 The Northstar Winery is wholly owned by Washington’s largest winery: Chateau Ste. Michelle. It was founded with goal of producing premium, first-class Merlot from top vineyards in Columbia Valley. Some fun facts about Washington State: 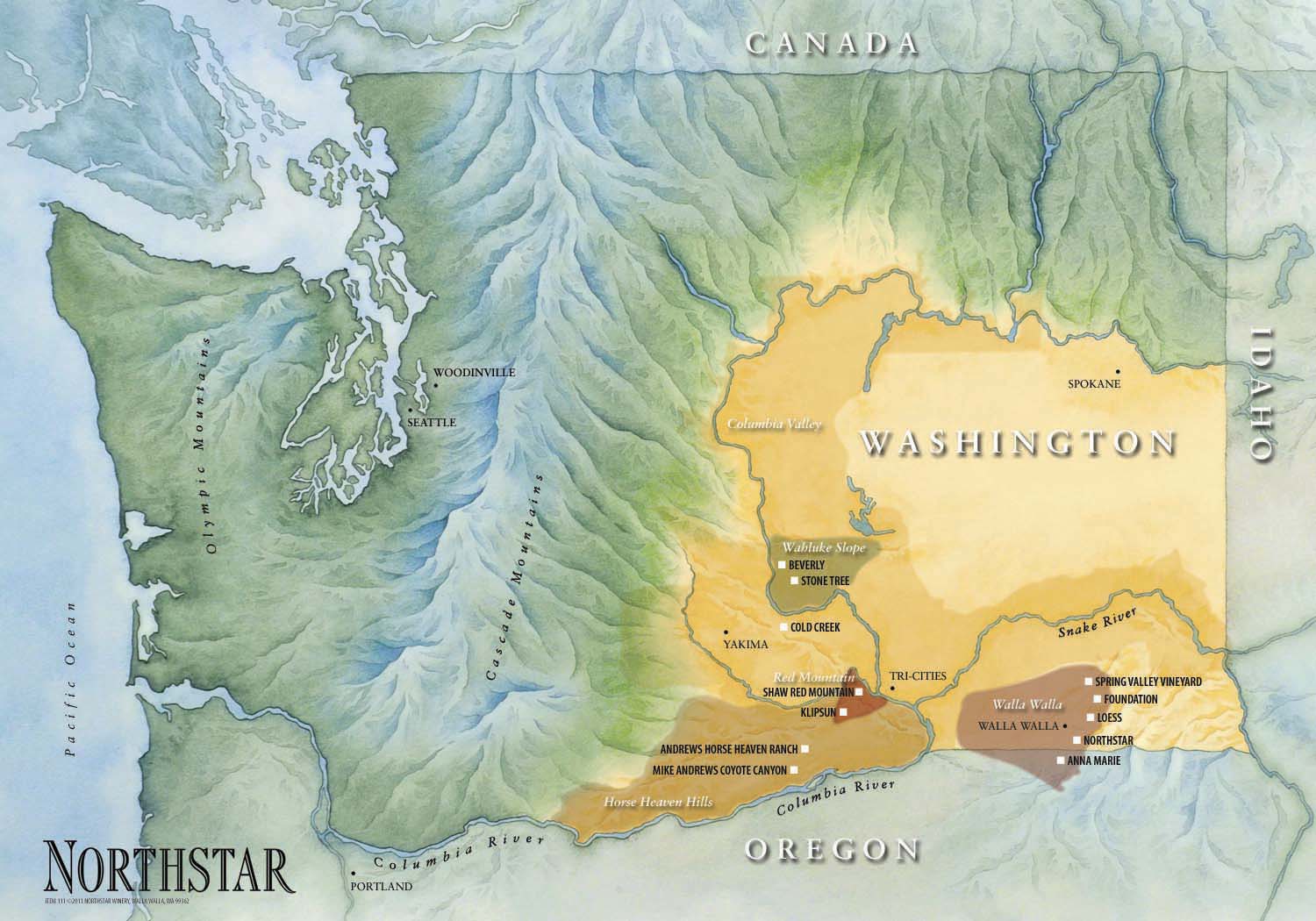 If the 2010 Northstar Merlot is any indication, Northstar Winery is not just producing world-class Merlot but is setting the standard. This is excellent Merlot – structured, elegant and complex with real aging potential. Truly a Cabernet lover’s Merlot, the Northstar Merlot has just enough of that silken texture to remind you what you’re drinking. Even Miles might approve of this one!

My suggestion is to check your local Costco Wine Section to see if they have gotten any of the Northstar Merlot in stock. If so, stock up! This is an incredible buy for under $20 and will not last. The 2010 Northstar Merlot even boasts a solid 93 point score from Robert Parker. If you can’t get it in the Costco Wine section, then don’t hesitate to pay a little more for the Northstar Merlot – at under $30 you can rest assured that this is still an excellent value.

16 thoughts on “Northstar Merlot Review | A Merlot for Cab Lovers?”