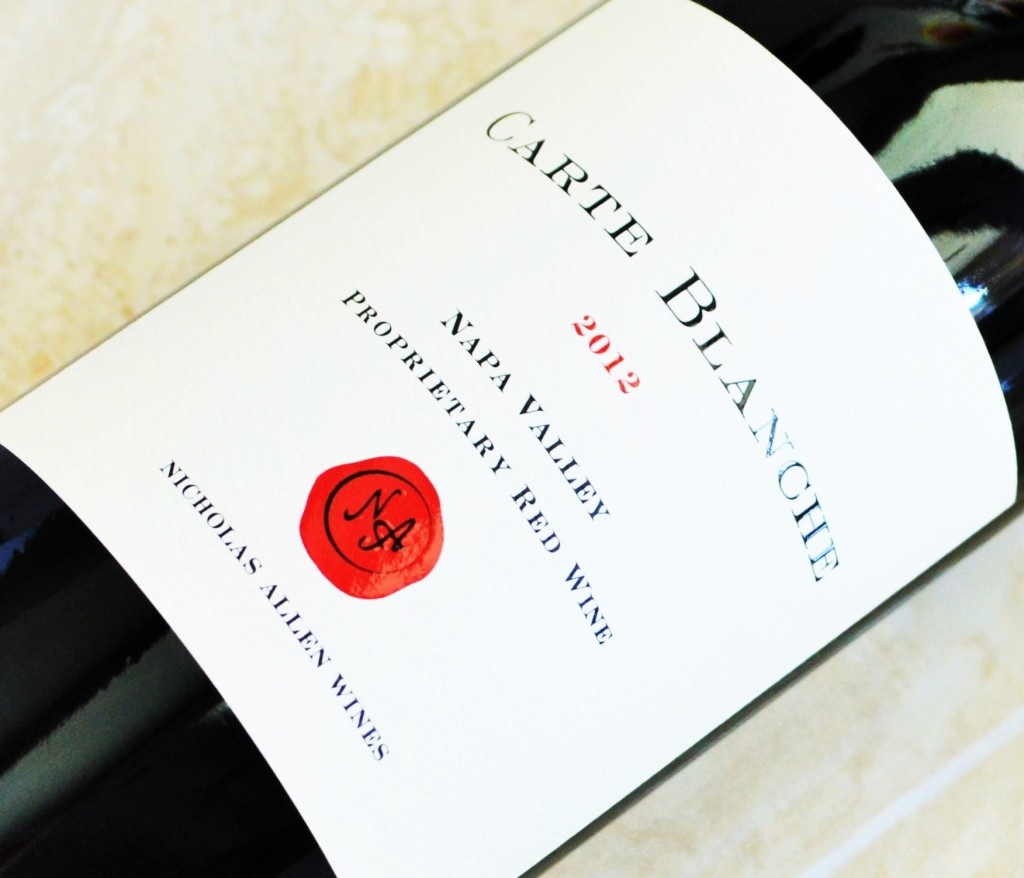 Nicholas Allen, the founder and proprietor of Carte Blanche Wines, is no stranger to the world of fine wine. His great grandfather, Clarence Dillon, was a wildly-successful financier of discerning taste whose penchant for the worlds best wines flourished alongside his career.

So he did what we all wish we could do – he bought his favorite winery in 1935, or in this case, his favorite Chateau. But this wasn’t just any Chateau, it is now one of the worlds most illustrious wine estates and one of only five of Bordeaux’s classified First Growths known as Chateau Haut-Brion.

Then in 1983 he purchased the esteemed Chateau La Mission Haut-Brion, forming a rather formidable duo of winemaking influence. With nearly a century of winemaking history in the family, you could argue that it was only a matter of time before Mr. Allen branched out on his own to make his own mark in the wine world.

Away from the watchful eyes in Bordeaux, he along with founding Winemaker Luc Morlet, had the freedom to execute on his vision of crafting “limited, luxury wines in America that are inspired by the classical French winemaking tradition.” – hence the motivation for the name Carte Blanche Wines. 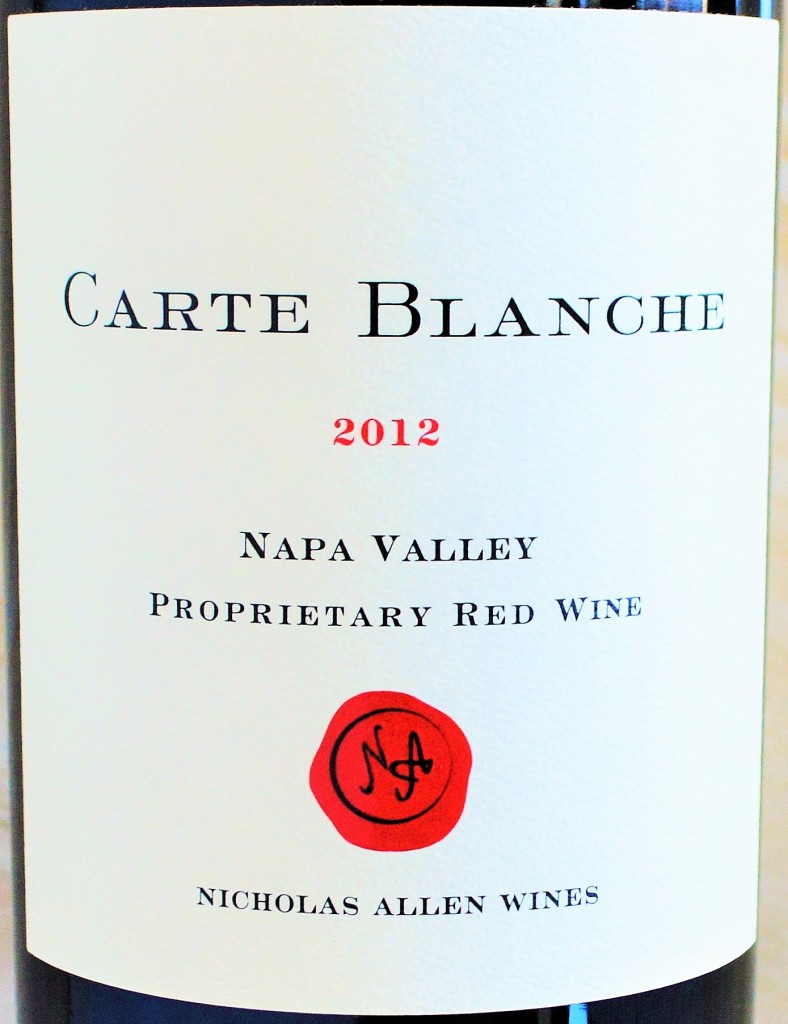 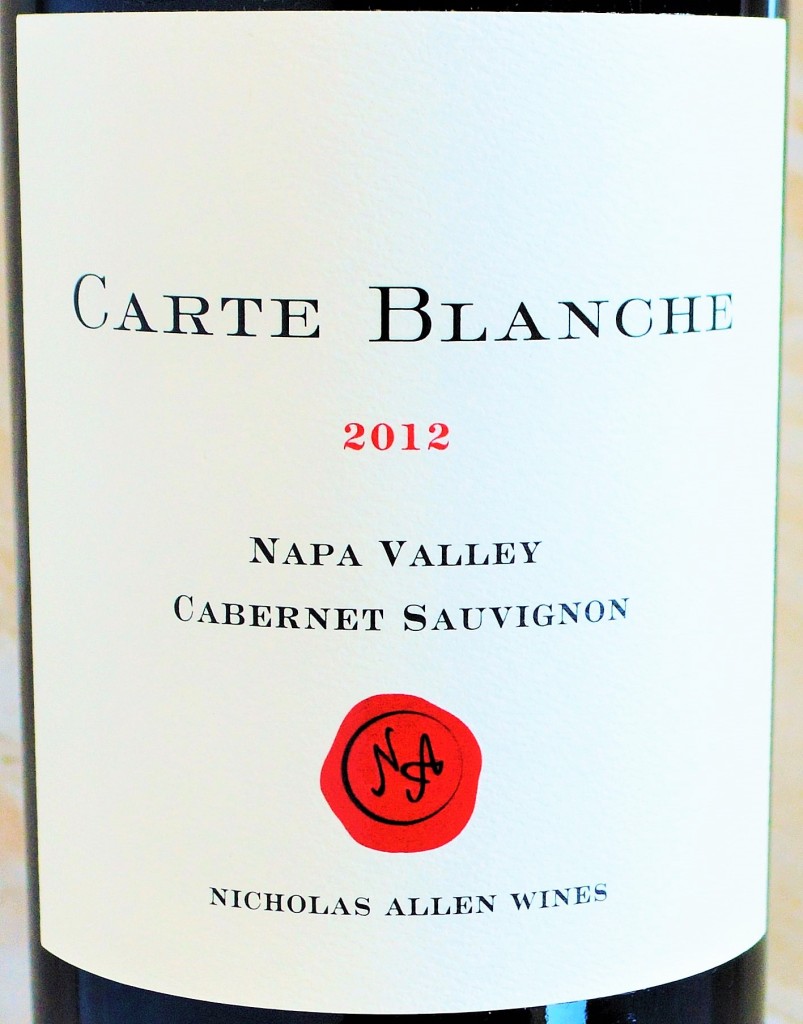 Carte Blanche Napa Valley Cabernet Sauvignon 2012: Produced from 94% Cabernet Sauvignon and 6% Petit Verdot from Beckstoffer’s Missouri Hopper and Blossom Creek vineyards. Pours a dark, nearly opaque color that turns deep garnet at the rim. The nose reveals aromas of sweet dark cherries and cassis interlaced with licorice, dusty cocoa, coffee and toasty oak. In the mouth it’s rich and silken texture reveals layers of black raspberry and creme de cassis interwoven with molasses, licorice, cedar and burning ember nuances. The finish lingers with some polished grippy tannin and clove spice. The oak is more prevalent here than in the Carte Blanche Proprietary Red, but should benefit from time more time in the bottle to fully integrate. Manages to marry power and intensity with finesse. 600 Cases Produced.

Having a clean slate has served both Nicolas Allen, and in-the-know wine consumers well. So appropriately named, the very limited Carte Blanche wines offer an intriguing combination of Napa Valley opulence and old-world sophistication – which although not inexpensive manage to represent a solid value relative to those historically produced by Mr. Allen’s storied family.

These two commanding offerings represent the efforts of both founding Winemaker Luc Morlet as well as current Winemaker Helen Keplinger’s, who took complete control of winemaking operations in January of 2014. Carte Blanche’s 2012 vintage was vinified by Mr. Morlet and blended by Mrs. Keplinger.

Her impressive resume includes working with such influential and highly-regarded names such as Heidi Barrett, Michel Rolland and David Abreu. In 2012, she was honored by Food & Wine Magazine as their “Winemaker of the Year”.

She also has a handful of winemaking consulting clients where she works with small, boutique wineries making wines like the ultra-exclusive Wise Acre Cabernet I recently featured. Before demand for her talents, along with Carte Blanche Wines, outpaces their limited supply you might consider checking out the rest of the Carte Blanche’s portfolio!