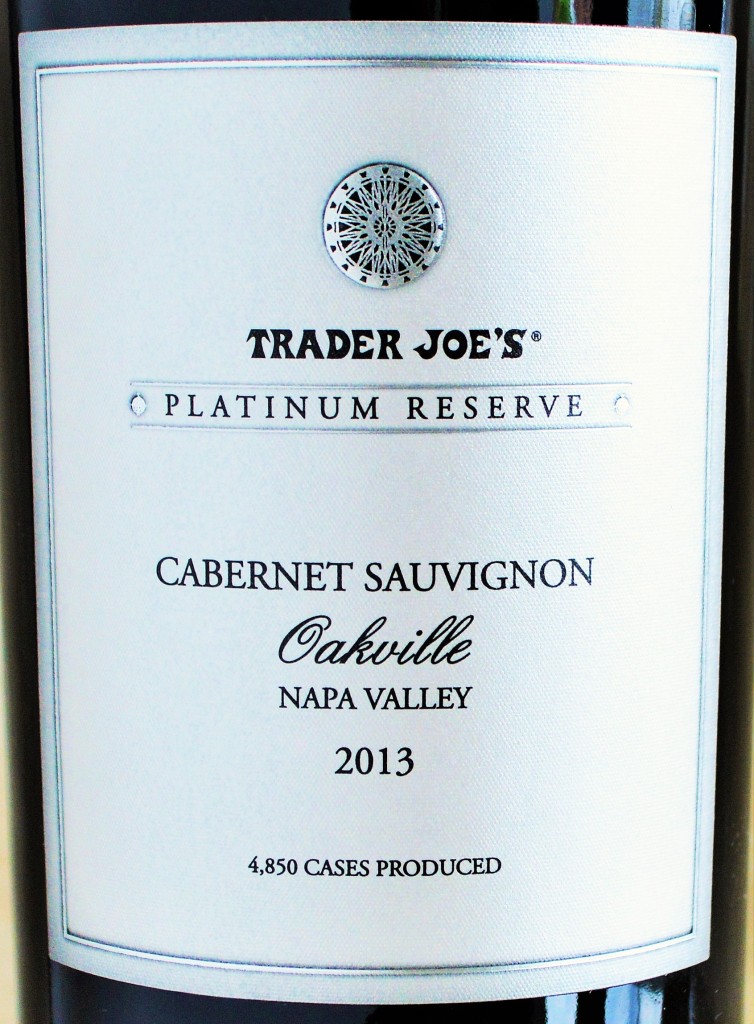 The Trader Joe’s Grand Reserve and Platinum Reserve Wines might vary in the type of wine as well as the AVA specific sub-appellation from which they are produced but a few things remain constant: they are often excellent values, routinely over-delivering for the price and the best ones sell out quickly. The program is not unlike Costco’s own private-label Kirkland Signature one.

According to an associate at Trader Joe’s, not only is that the norm but these wines are the ones that the employees stock up on themselves. So when I spotted the newest addition to the lineup: the Trader Joe’s Platinum Reserve Cabernet Sauvignon Oakville from the highly successful 2013 vintage I had to try it… 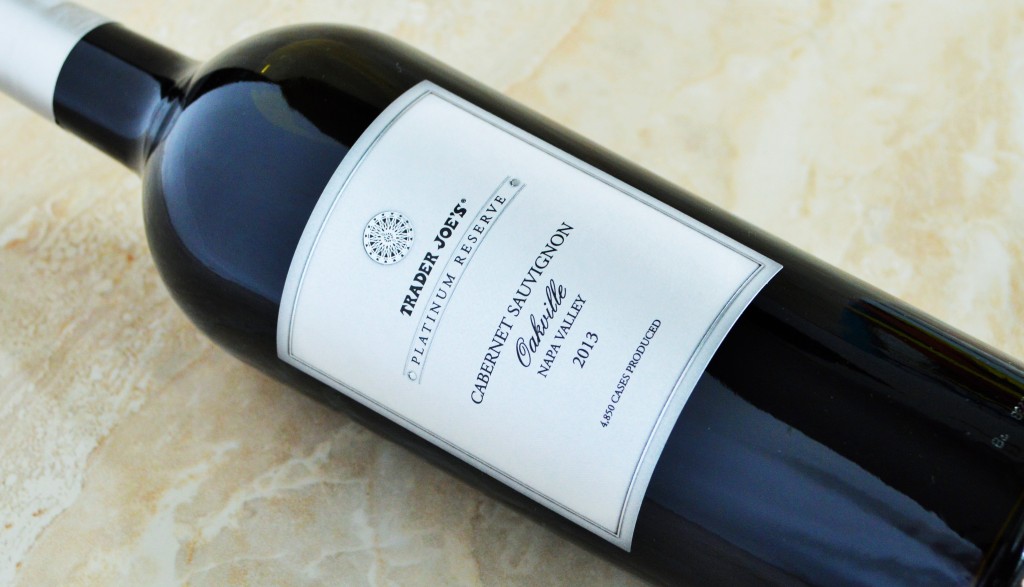 Nose: The are ripe raspberries and blackberries along with milk chocolate and pronounced toasty oak – maybe too much.

On the palate: The Trader Joe’s Platinum Reserve Cabernet Sauvignon Oakville is medium-bodied delivering a soft, smooth and generous texture. There are raspberry, cassis and blackberry notes infused with creamy milk chocolate livened by a refreshing undercurrent of acidity. The smooth and seamless profile is only slightly offset by a bit too much oak on the finish. 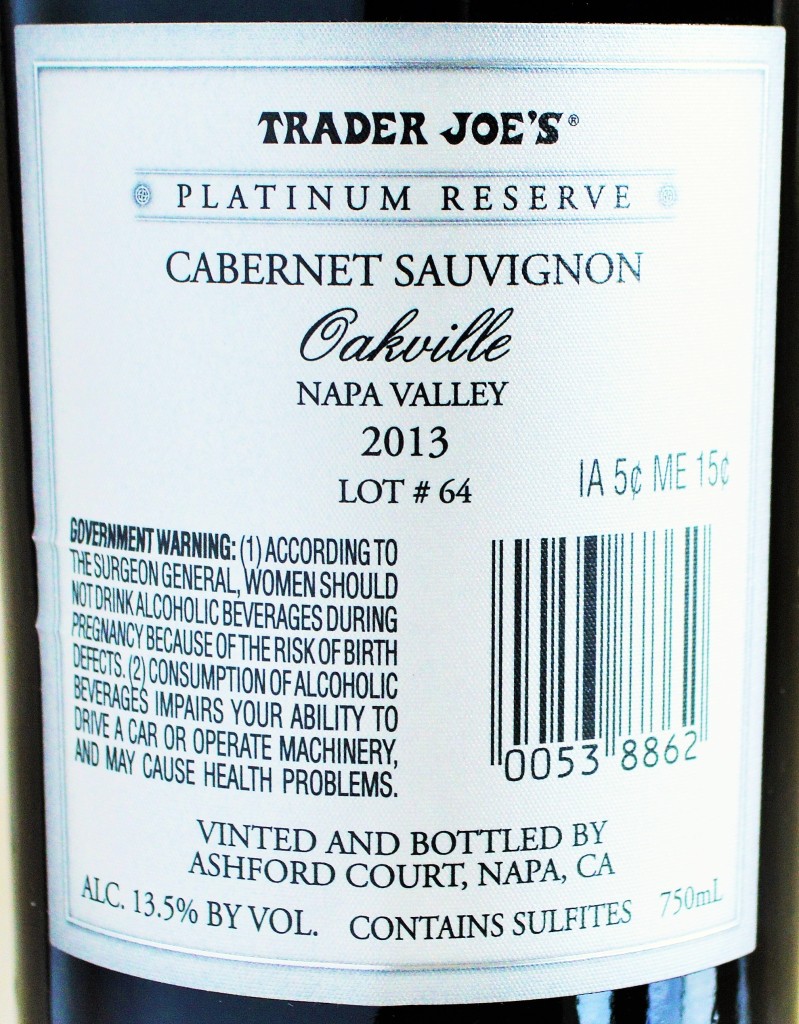 Funny thing about this wine is that it seems to me that the folks who vinted this Trader Joe’s Platinum Reserve Cabernet Sauvignon obviously had great fruit to work with, yet managed to mess things up in winemaking process.

Oak chips, maybe? I don’t know, but I do know that if this had a little more polish on the finish it would have been a solid 90 pointer for me.

But in keeping perspective and considering the price and pedigree of the fruit,  there is lot’s to like about this wine and it brings a lot of personality to the dinner table for the price.