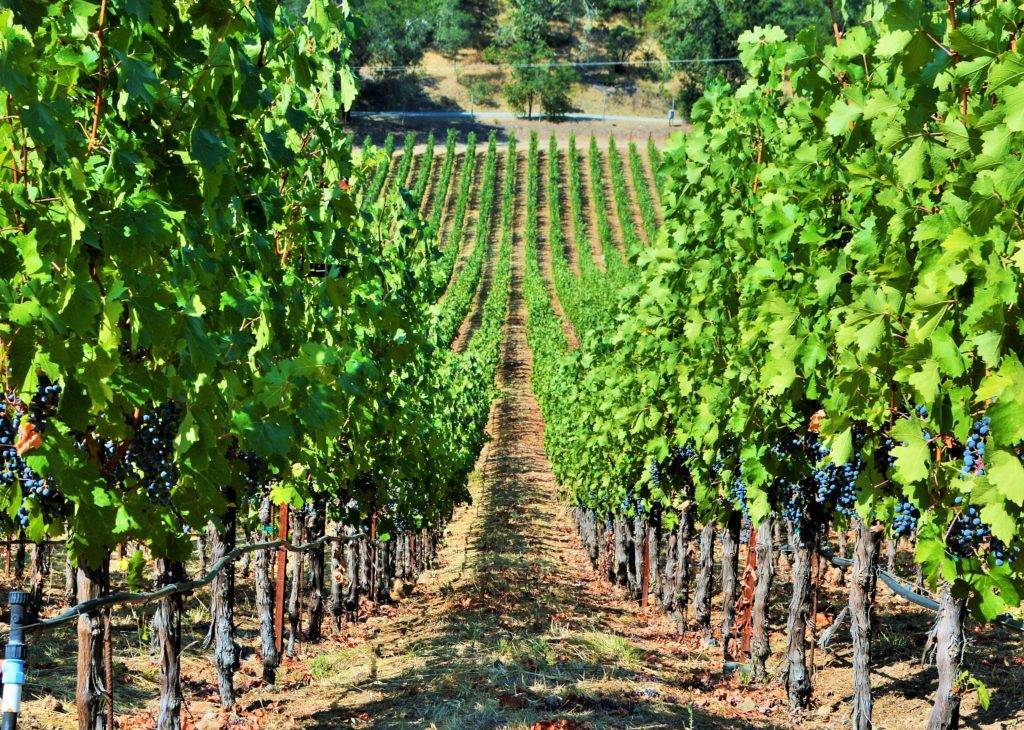 When you think of Calistoga, you would be correct in thinking that this sleepy locale nestled within the Northern stretches of Napa Valley is known for its relatively warmer temperatures than those areas of the valley located further south, with their proximity to the cooling influences of the San Pablo Bay.

Yet on the beautifully clear August morning when I visited Perliss Vineyards, I pleasantly surprised by the cool, persistent breezes serenading me as I explored the organically cultivated, gently sloped 2.6 acre Raven Vineyard with vintner Anthony Perliss.

This unexpected surprise almost seemed to foreshadow the remainder of my experience at Perliss Vineyards – that in the ever increasing sea of indistinctive, overripe and overoaked Napa Cabernet Sauvignon, Perliss Vineyards is like a breath of fresh air – quietly producing world-class wines of purity, freshness and depth. Tasting the following wines was an eye-opening experience, as I’d discovered a truly hidden gem… 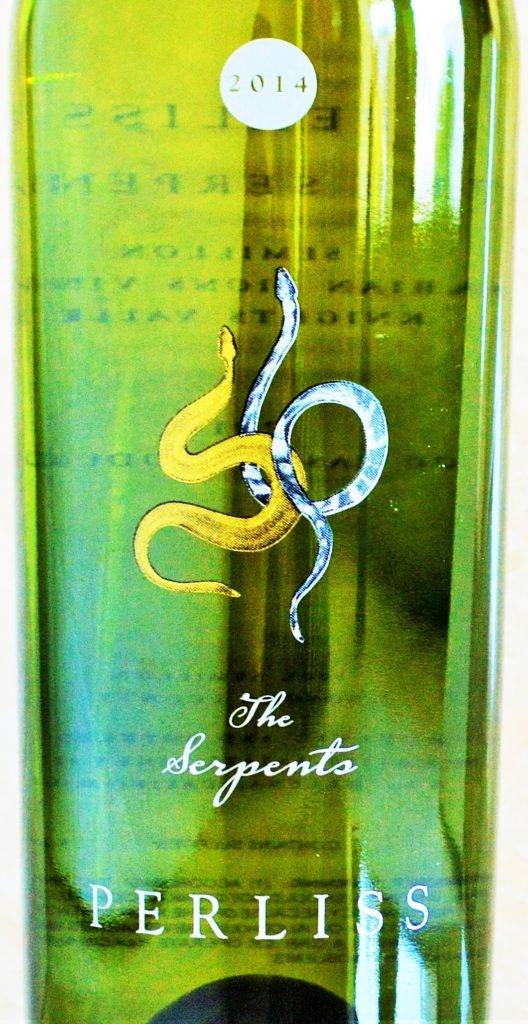 Perliss The Serpents Semillon Knights Valley 2014: 100% Semillon sourced from 20 year old vines in the Knights Valley AVA of Sonoma. Aged on the lees in neutral oak for 18 months. It pours a medium golden yellow color. The nose is floral and exotic revealing rich aromas of asian pear and honey underscored by white flowers, lemon zest and wet stones. In the mouth, a surprising brightness brings tremendous life, tension and energy to the core of rich fruit flavors. Finishes clean and dry, with vibrant acidity and hints of lingering spice and lemon oil. One of the most exciting white wines I’ve tasted this year, and a good value for the level of quality. Anthony recommends this gorgeous Semillon as a winter white.

Perliss The Ravens Cabernet Sauvignon Napa Valley 2012: 100% Cabernet Sauvignon sourced entirely from the family’s 2.6 acre Calistoga estate, it’s bottled unfiltered and saw 20 months in 100% new French oak. It pours a deep garnet red with flecks of violet. The bouquet is incredibly aromatic, almost perfume-like as it reveals layers of sweet cassis and black raspberry interlaced with violets, licorice, savory herbs, coffee, graphite and loamy earth. On the palate, these flavors seem to come to life, building with steady persistence and energy, enlivened by zesty acidity. It deftly marries richness with elegance, possessing terrific purity and an almost weightless texture. Fine, powdery tannins lend to the overall harmony and structure and the finish lingers for 15+ seconds. While I often criticize 2012 Napa Cabernet’s as being too opulent and plush, this example by Perliss Vineyards is a welcome, utterly refreshing exception. 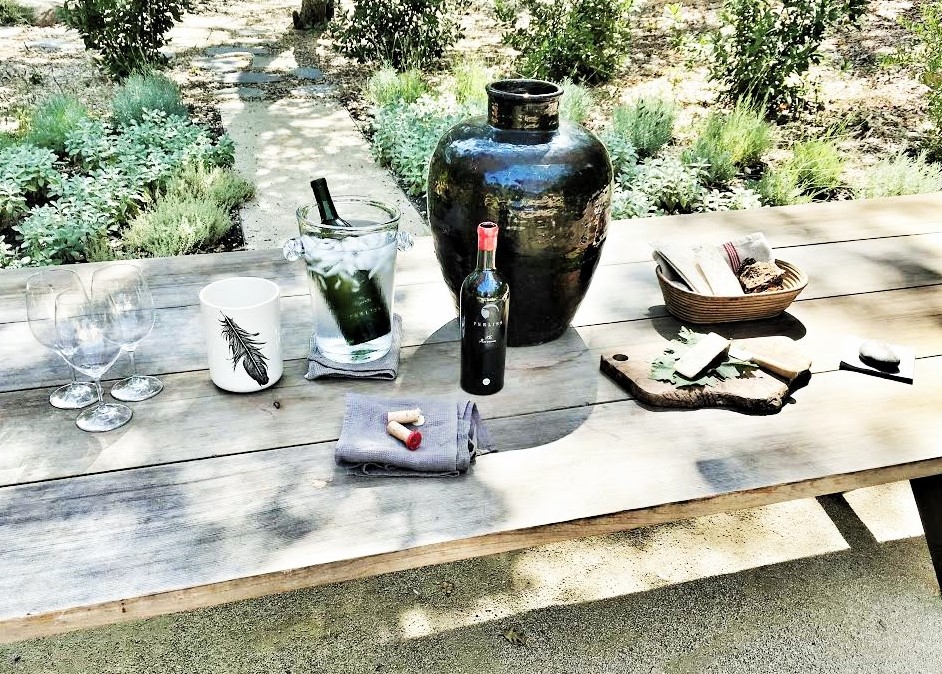 The Perliss’ property comprises a total of 13 acres, and up until 2008 the family used it strictly as way to escape city life in San Francisco and to get a little sun, as Anthony describes. The family has a deep love and respect for the landscape. They chose to keep it forested, and never even took out a single tree.

So when Anthony’s father Herbert connected with esteemed winemaker Aaron Pott, he recognized that due to the unique orientation, soils and microclimate of the vacant 2.6 acre plot on their property, it was meant to be a vineyard. And so for the Perliss’, producing wine that was an utterly pure expression of the very land they loved was a natural progression for them.

Reflecting that ethos, the vineyards are farmed organically, and the wines are producing with native yeasts and without any filtration. Their first vintage was in 2011, and Aaron says that the wines have gotten better with each successive vintage.

I was so taken by the potential of the just released 2013 Perliss Vineyards Ravens Cabernet Sauvignon that I had to order some to lay down for myself. I’m eager to see how these gorgeous, age-worthy wines evolve and develop over time.

The Perliss’ have succeeded in producing a compelling portfolio of wines that express true sense of place, while respecting the land they love – and the right people are beginning to take notice. Some of the hottest restaurants in Napa, with the most influential wine programs like The French Laundry and Press, have discovered Perliss.

Just recently, media giant Bloomberg recognized Perliss Vineyards as one of the hottest new name in Napa. With only a few hundred cases of production annually to go around, I’d run, not walk to Perliss Vineyards.

The Bottom Line: Perliss is an exciting new producer patently demonstrating that the concept of terroir is alive and well in Napa Valley. With tiny production, top-notch quality and distinctive, age-worthy wines, Perliss Vineyards is a breath of fresh air just begging to be discovered.