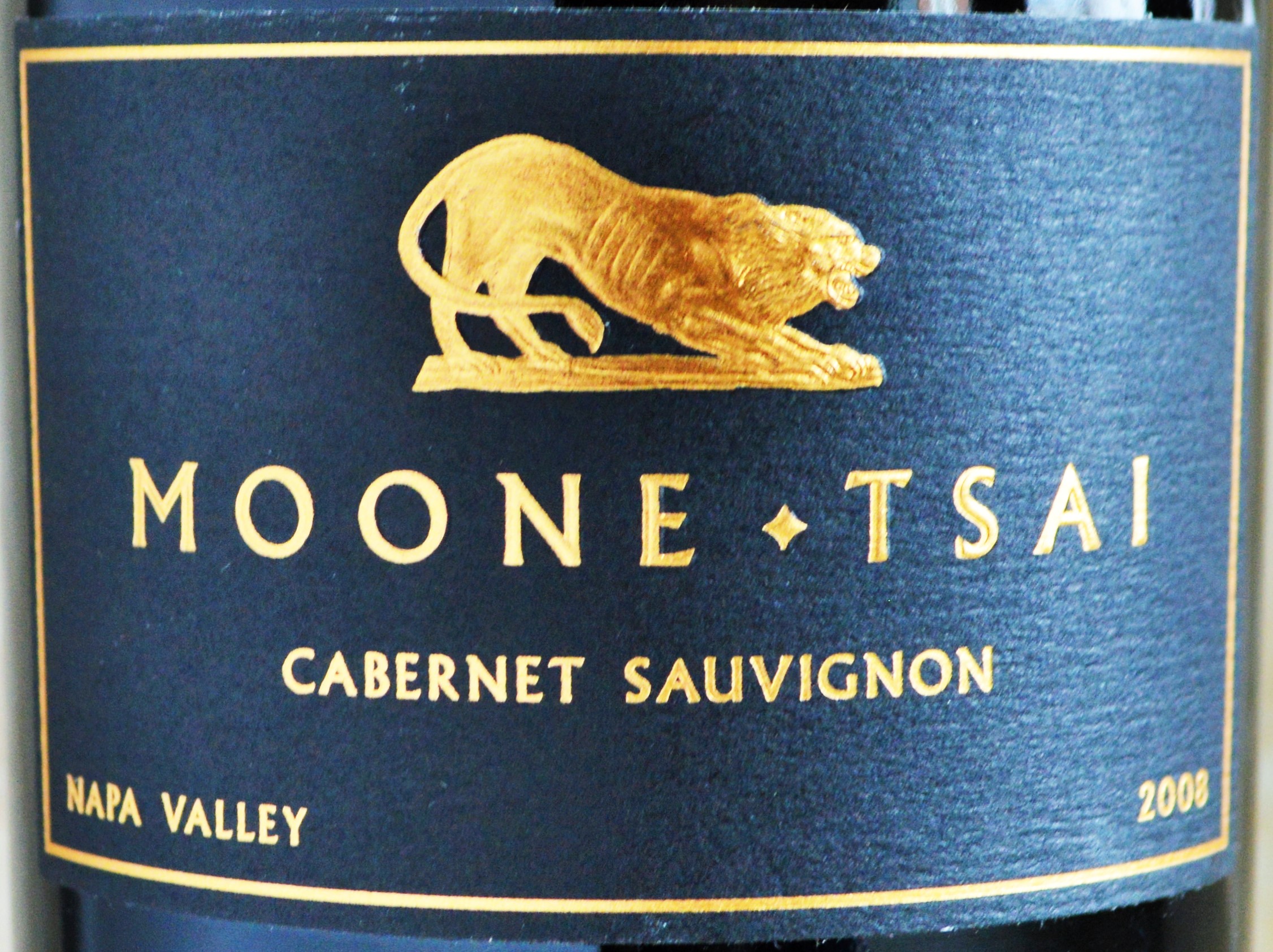 Moone Tsai wine is a partnership amongst friends: Mike Moone (former President of Beringer) and husband and wife MaryAnn and Larry Tsai. Also on the team is rockstar consulting winemaker Phillippe Melka. Moone is actually responsible for originally bringing MaryAnn Tsai out to Napa Valley to work with him at Beringer. During his time at Beringer, Moone is credited with rejuvenating the winery’s business into the thriving one it is today.

And a rather fruitful partnership it must be considering the awards and glowing accolades Moone Tsai’s wines have received since it’s inception in 2006. Moone Tsai’s wines have been consistently highly rated as well as having been recognized by Wine Spectator as having the “#1 Rated Wine in the World” not once, but an incredible three times! And they aren’t shy about their ambitions to achieve the coveted recognition a fourth time. 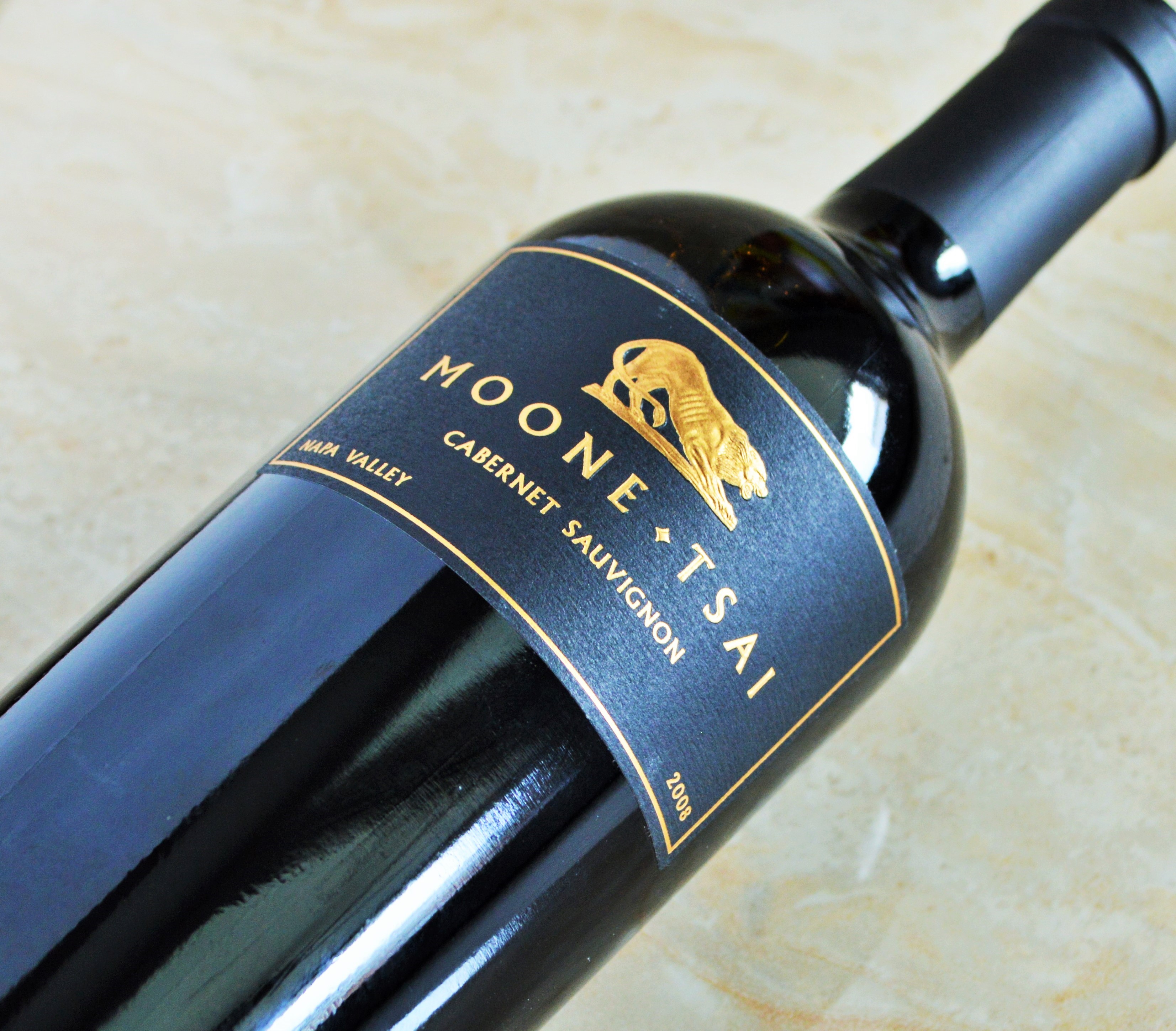 Appearance: Quite dark and opaque at the core, turning a deep garnet red towards the rim. Thick and somewhat viscous with well defined legs.

Nose: Ripe and authoritative, the nose reveals deep fragrant aromas of both red and black fruit. There are raspberry, kirsch and blackberry notes along with vanilla and cocoa.

On the palate: The Moone Tsai Cabernet is a full-throttle yet seamless expression of Cabernet Sauvignon. This is still rather primary and the palate turns darker with tons of blackberry, black cherry, creme de cassis and dusty cocoa with phenomenal extract. The fruit is supported by graphite, smoke and black tar notes. Despite the power of this Cabernet, it never feels overwhelming and the tannins are well integrated and silky. The texture here is incredible for such a powerful wine.

Where I got it: Total Wine (Mclean, VA)

Should you buy? This is an excellent, splurge-worthy Cabernet. If you like your Cabernet’s big and rich, then the 2008 Moone Tsai Cabernet Sauvignon is worth every penny and actually represents a good value considering how expensive top Napa Cabernet’s have become. 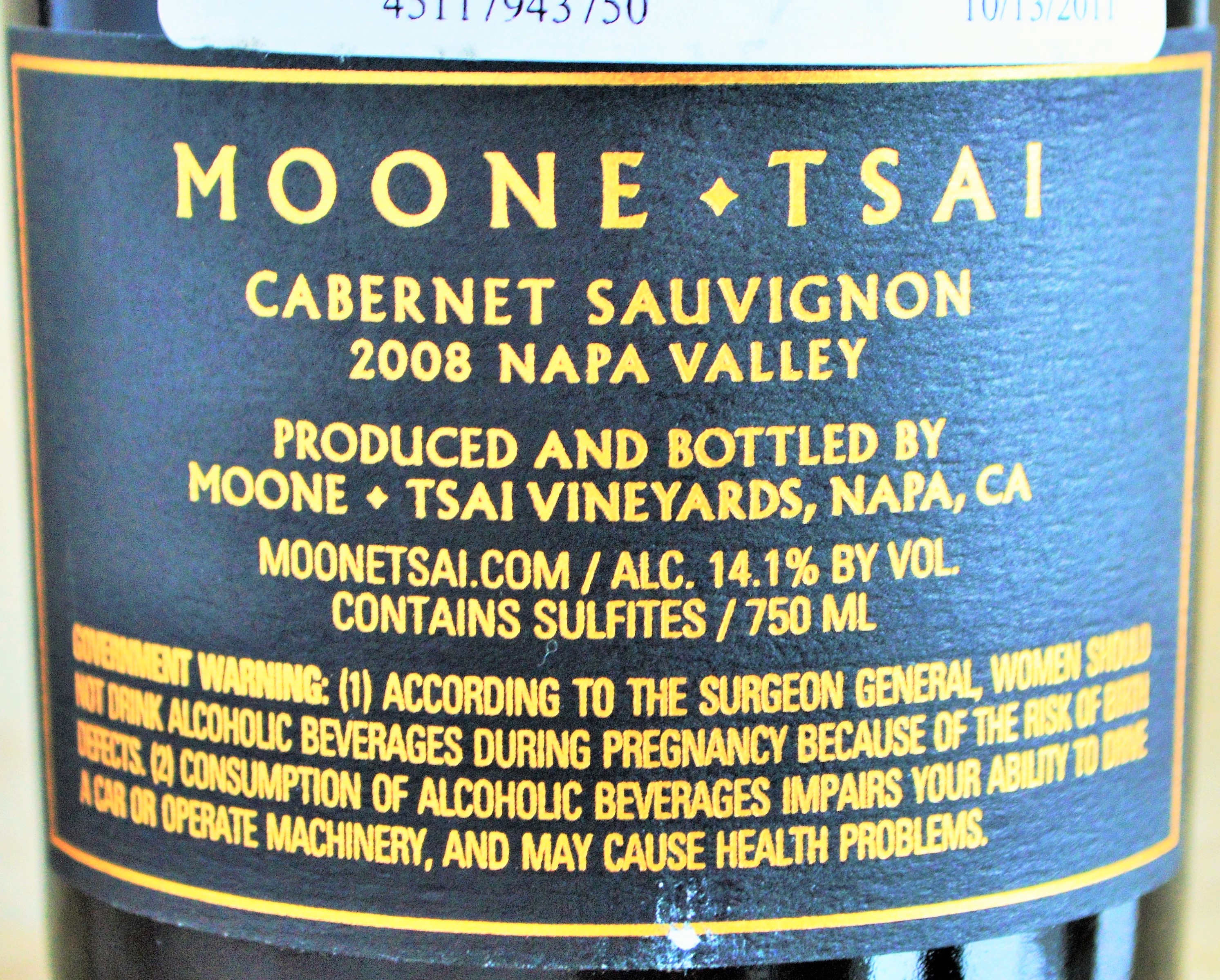 It’s not that often I even spend this much on a bottle of wine, but I actually paid over release price to have the opportunity to sample a Moone Tsai wine – and I’m happy to report that I have zero buyers remorse!

The 2008 vintage was highlighted by Wine Enthusiast in 2011 as one of their ‘Top 100 Wines’ and noted as a ‘Cellar Selection’. While this is quite enjoyable to drink now, I think it will be even better with a few more years of bottle age.

If the success of the 2008 Moone Tsai Cabernet Sauvignon is any indication, then the team at Moone Tsai is without a doubt a successful partnership. Who said it’s a bad idea to go into business with friends?! All I know is that I can’t wait to taste future examples of Moone Tsai’s wine!