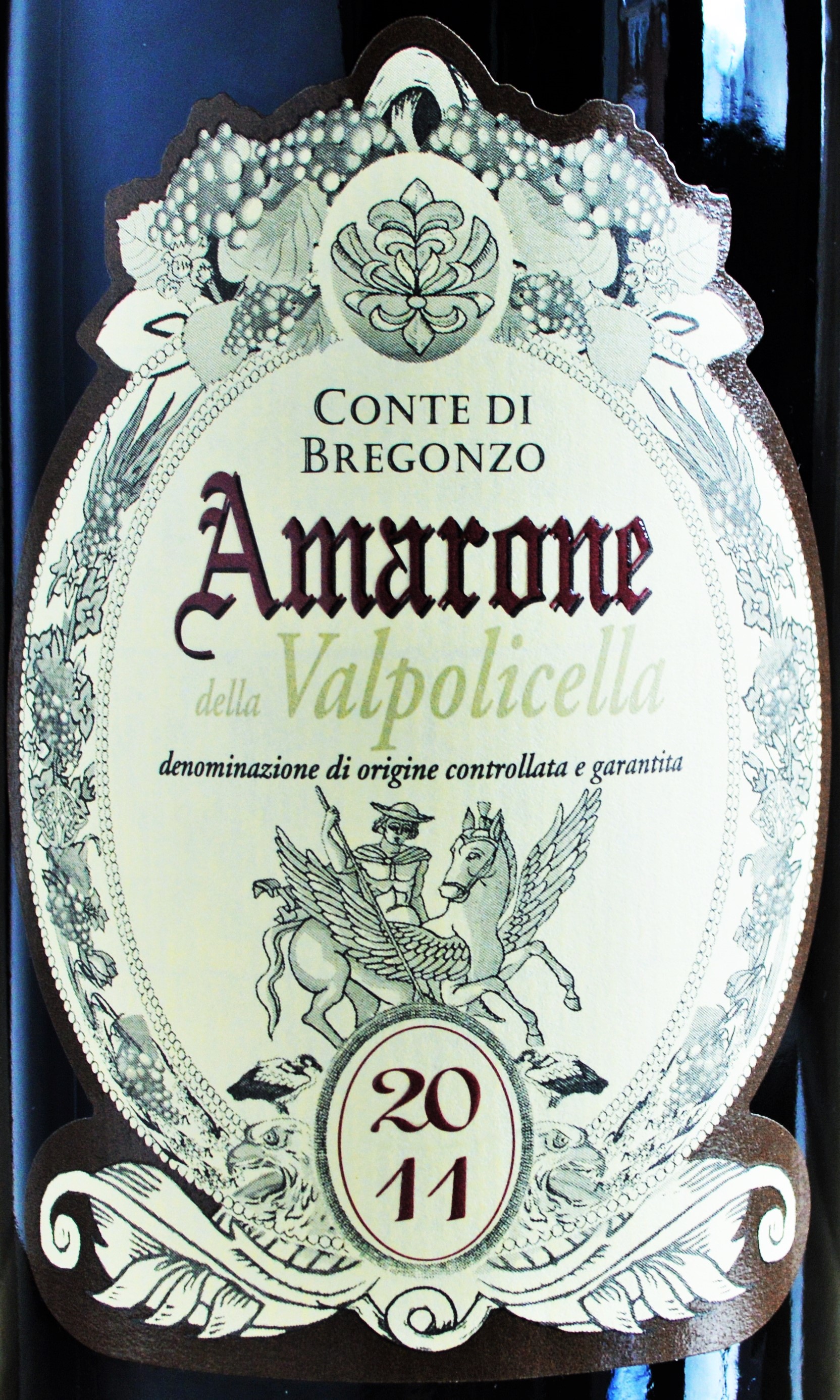 There are so many wines available well under $10 in the Trader Joe’s Wine Section that when you come across a $17 bottle of wine, it actually seems relatively expensive! Typically you might be happy to find a respectable bottle of wine for $17 in a wine shop, as prices of the more desirable selections quickly head north from there.

The Trader Joe’s wine specialist was quick to not only recommend the Conte di Bregonzo Amarone della Valpolicella 2011 but also to reassure me that it wasn’t expensive at all – but rather a steal for what you’re getting beneath the cork – one of Italy’s top red wines at a fraction of the usual cost. Music to my ears! So let’s pop the cork on the Conte di Bregonzo Amarone della Valpolicella 2011 and see just how good this Amarone is! 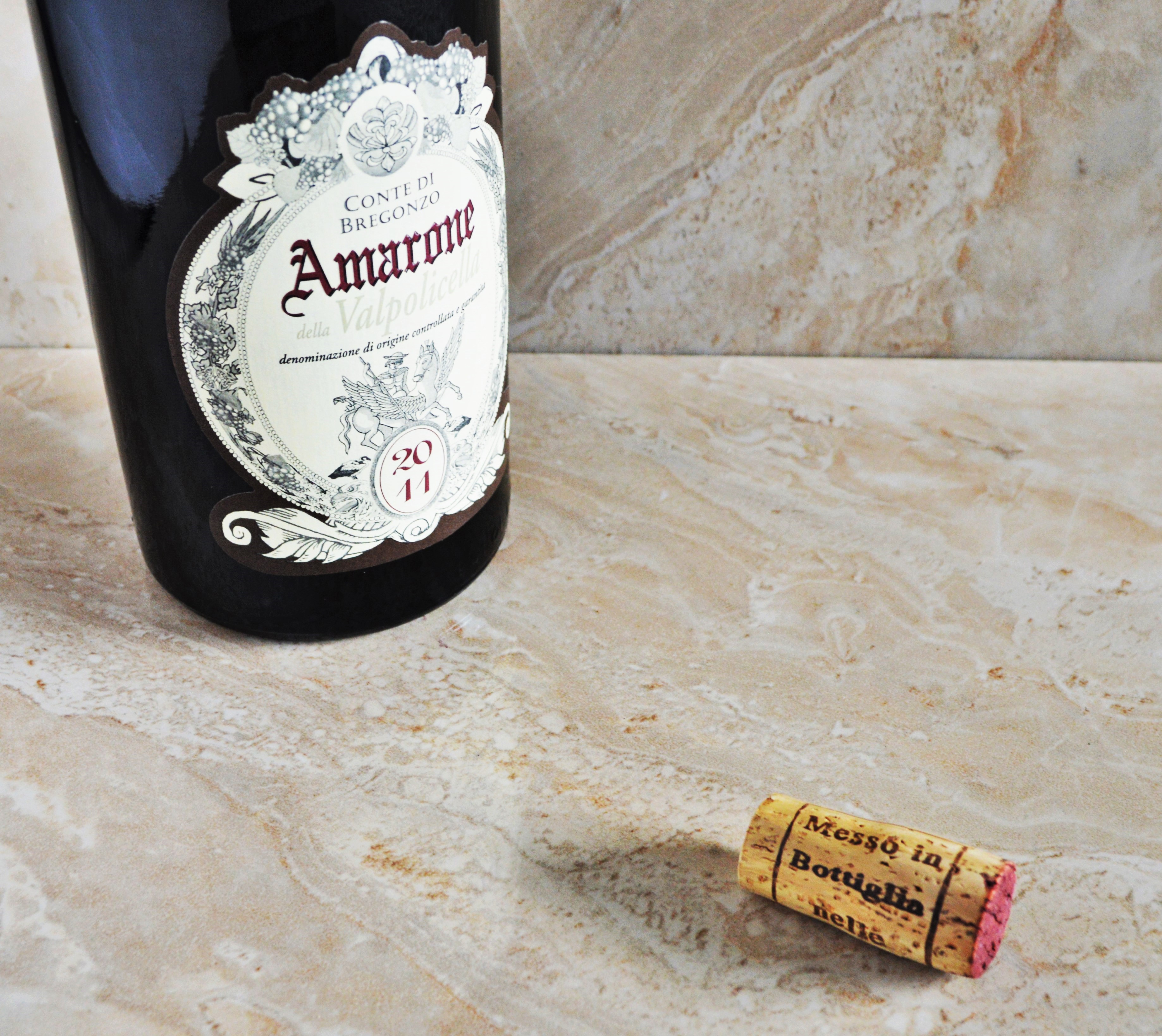 Nose: There are liqueur-like aromas of raspberry and pomegranate along with plum, licorice, menthol and toasty cedar in a musky, masculine profile.

On the palate: The Conte di Bregonzo Amarone della Valpolicella 2011 has good concentration and and a nice full body. There is a liqueur-like sweetness to its core of red berries along with notes of stewed prunes, roasted meat, smoke, leather and spice. The tannin is nicely integrated contributing to a long, full and round finish.

Varietal Composition: Traditionally a blend of Corvina, Molinara and Rondinella

Should you buy? Absolutely! The Conte di Bregonzo Amarone della Valpolicella 2011 is a Trader Joe’s Wine exclusive and a great introduction to this noble red wine at an affordable price. 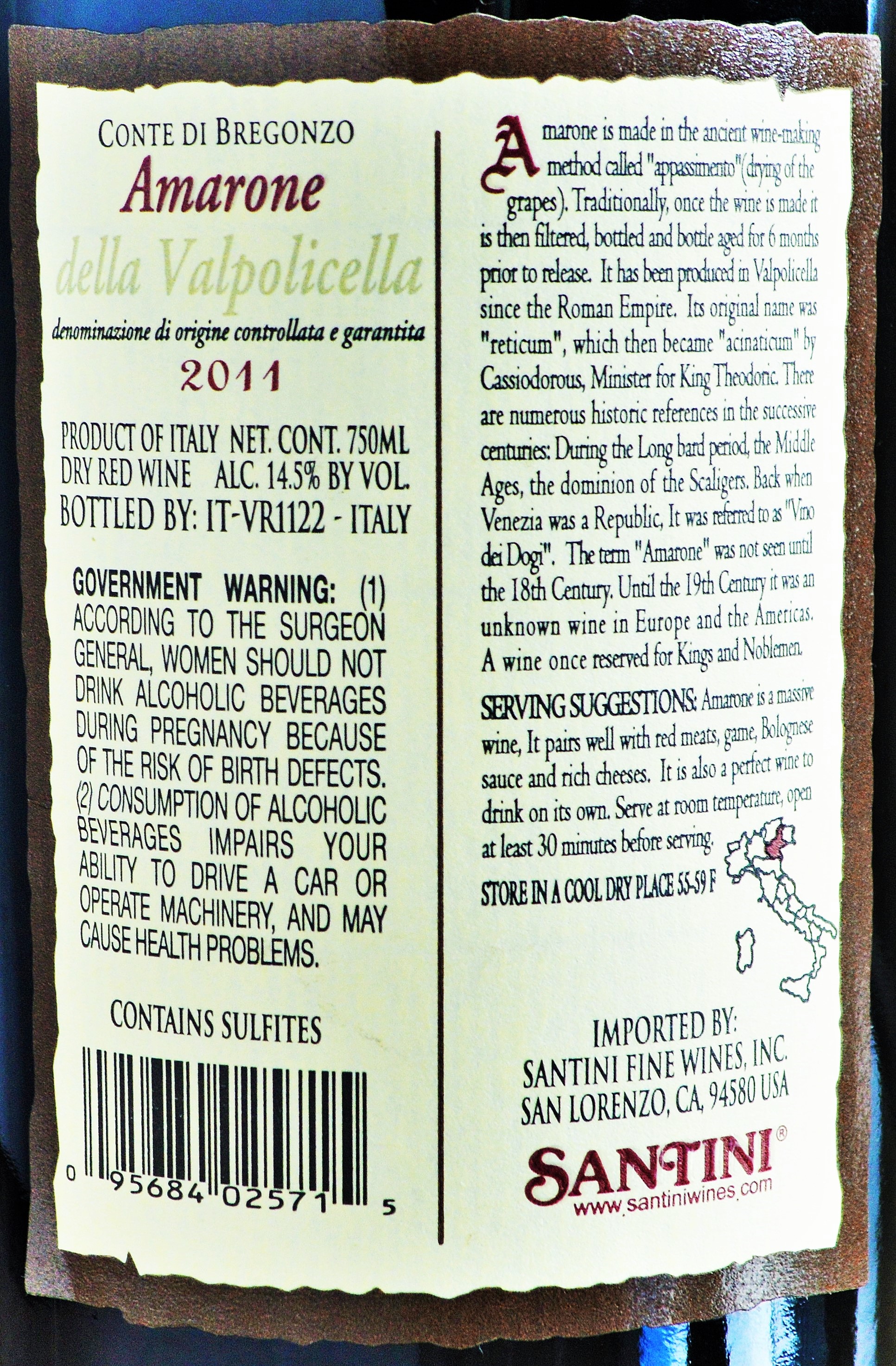 Amarone is one of Italy’s most famous, if not most famous red wine. Often referred to as the ‘Patriarch’ of Italian wine it was traditionally drunk by Kings and members of the ruling classes.

It is characteristically bold, dry, rich and yes … expensive. Most examples of Amarone will set you back anywhere from $40 to $80 so to find the Conte di Bregonzo Amarone della Valpolicella 2011 for well under $20 is a testament to how great the Trader Joe’s Wine Section is.

But what makes Amarone so sought after and expensive? It has do do with the unique and intensive process in which it is produced. After the grapes are harvested they are dried out out on racks until the berries shrivel and lose approximately 30% to 40% of their weight – known as the appassimento process. This means that significantly more grapes must be used to make one bottle of Amarone versus your typical bottle of wine.

The appassimento process, which lasts up to 120 days, results in a more concentrated berry with a lower ratio of juice to it’s skin as well as high sugar content. After then undergoing an extended low-temperature fermentation process the result is a bold, concentrated wine with usually around 15% ABV – yet with surprisingly good balance and smooth tannins in part due to a natural chemical reaction with the tannins during the drying process.

The appassimento process is more labor intensive and required extra capital investment on behalf of the producer as well. All of these factors contribute to the need for a higher price point, but the result is a unique, profound wine with an exciting story.

The Conte di Bregonzo Amarone della Valpolicella 2011 is a solid wine and a great value in the Trader Joe’s Wine Section. It is an affordable introduction to this noble and storied wine. I look forward to picking up future vintages to see how they compare to the delicious 2011 Conte di Bregonzo!