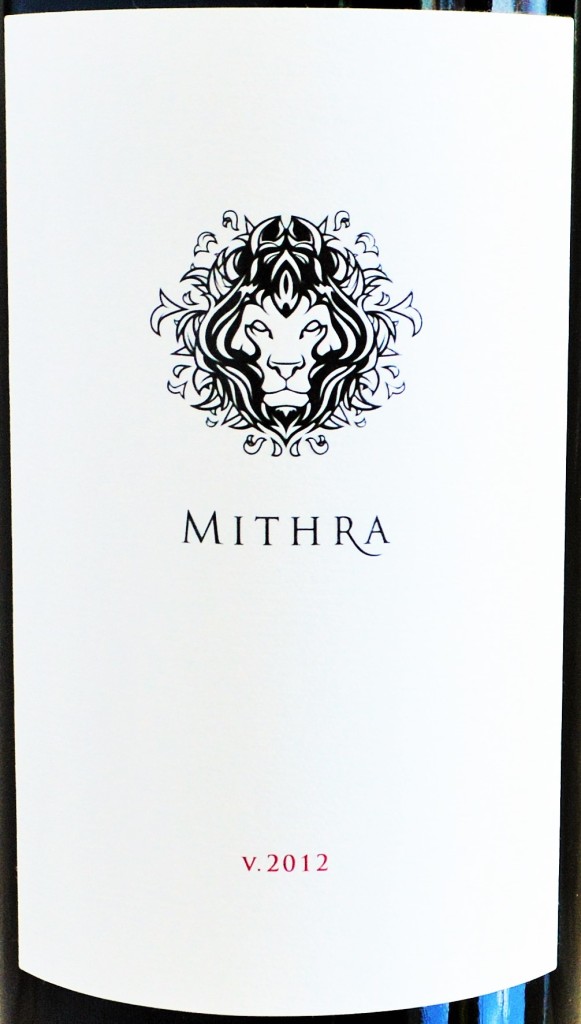 Before Christianity swept through the Roman Empire, its inhabitants worshiped Mithra, the God of the Sun. When making an offering of wine to Mithra, they would say “Soli Invicto Mithrae”. Meaning “To the Sun, Invincible Mithra.”, it’s an inscription that can be found from Scotland to India on Mithraic Temples, and on those bottles of Mithra wine in the cellars of a lucky few.

The Mithra Cabernet Sauvignon is one of the “it” wines of the moment, seducing luxury Cabernet collectors with an alluring combination of refined richness and exclusivity. I had never heard of the Mithra wine until a recent visit to 750 Wines in St. Helena, a top-notch purveyor of hard to find bottles.

Proprietor David Stevens has had a hand in the wine business for years, as well as his ear to the ground. He leverages his knowledge and industry connections to make the up and coming Cult Cabernet’s available to all of us, and he is especially proud to be able to offer the Mithra Cabernet Sauvignon to his clients. 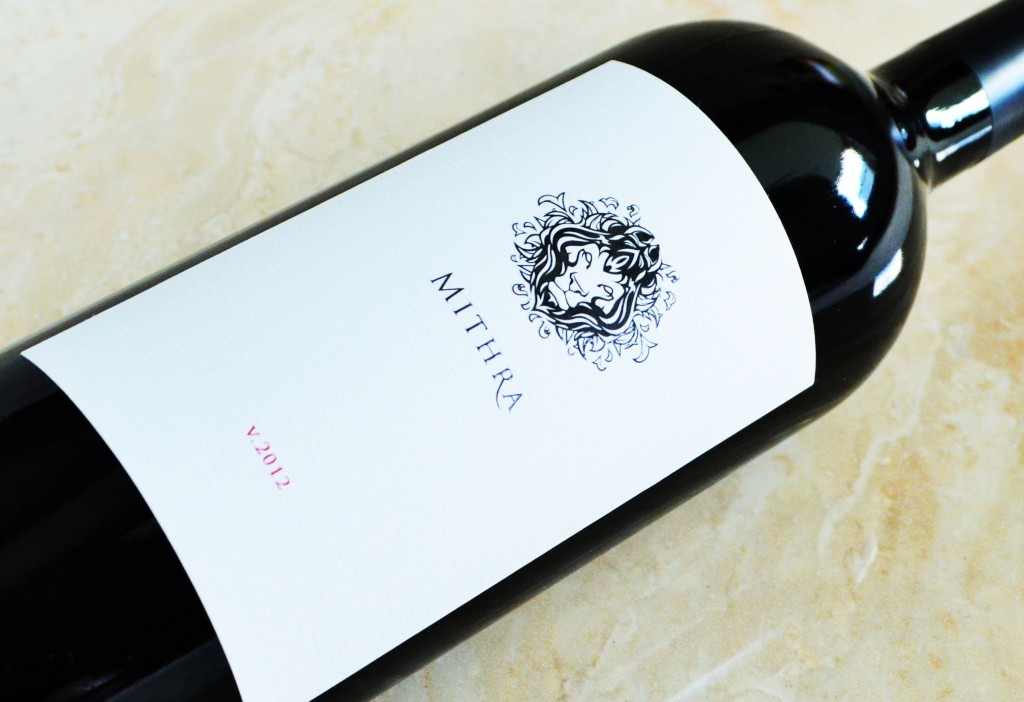 Appearance: Opaque at its core, then turning a vivid crimson red at its edges.

On the palate: The Mithra Cabernet Sauvignon 2012 was aged in individual lots for 20 months in 80% new and 20% one-time use French oak. It boasts a full-bodied, sumptuously textured mouthfeel revealing creamy rich black cherry, blackberry, toffee and creme de cassis. The opulent, intense fruit is well-grounded by coffee and scorched-ember nuances. Wonderfully polished, it finishes quite lengthy with sweet, slightly grippy tannin. Like many of the 2012’s, this is surprisingly approachable for its youth yet possesses enough underlying structure to suggest good ageworthyness.

Should you buy? The Mithra Cabernet Sauvignon is on my radar as a future ‘Cult Cabernet’ and would make a worthy addition to your cellar if you regularly buy other high-end wines in this price range. Marrying richness with refinement, it’s sure to be popular amongst collectors who care less about price and more about exclusivity and uncompromising quality. 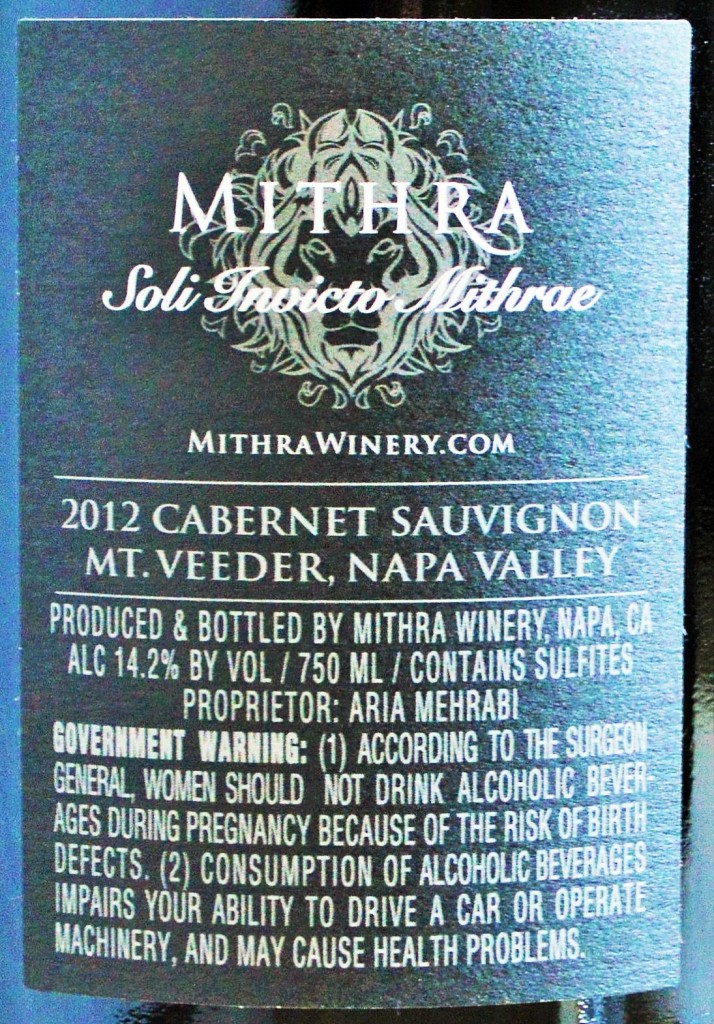 When you’re talking about a $200 bottle of wine there isn’t really much to be said in the value department, but that isn’t really the point here is it? The Mithra wines are somewhat mysterious and hard to find, which surely adds to its appeal in the rarefied world of luxury wine.

I look forward to uncorking more of these exclusive gems that often get tucked away in the cellars of well-heeled collectors, sometimes never to be warmed by Mithra’s rays again.

The Mithra Cabernet Sauvignon manages to be at once both feminine and masculine, and despite its power, weights very little on the palate. Now in its 8th vintage, the Mithra Winery is doing some exciting work with their thin, volcanic mountain soils on Mount Veeder. Though with only 250 cases to go around, you may need to make an offering of your own to get your hands on this splurge-worthy wine!

**The Mithra Cabernet was submitted as a media sample by 750 Wines. No other consideration was received for publishing this article.