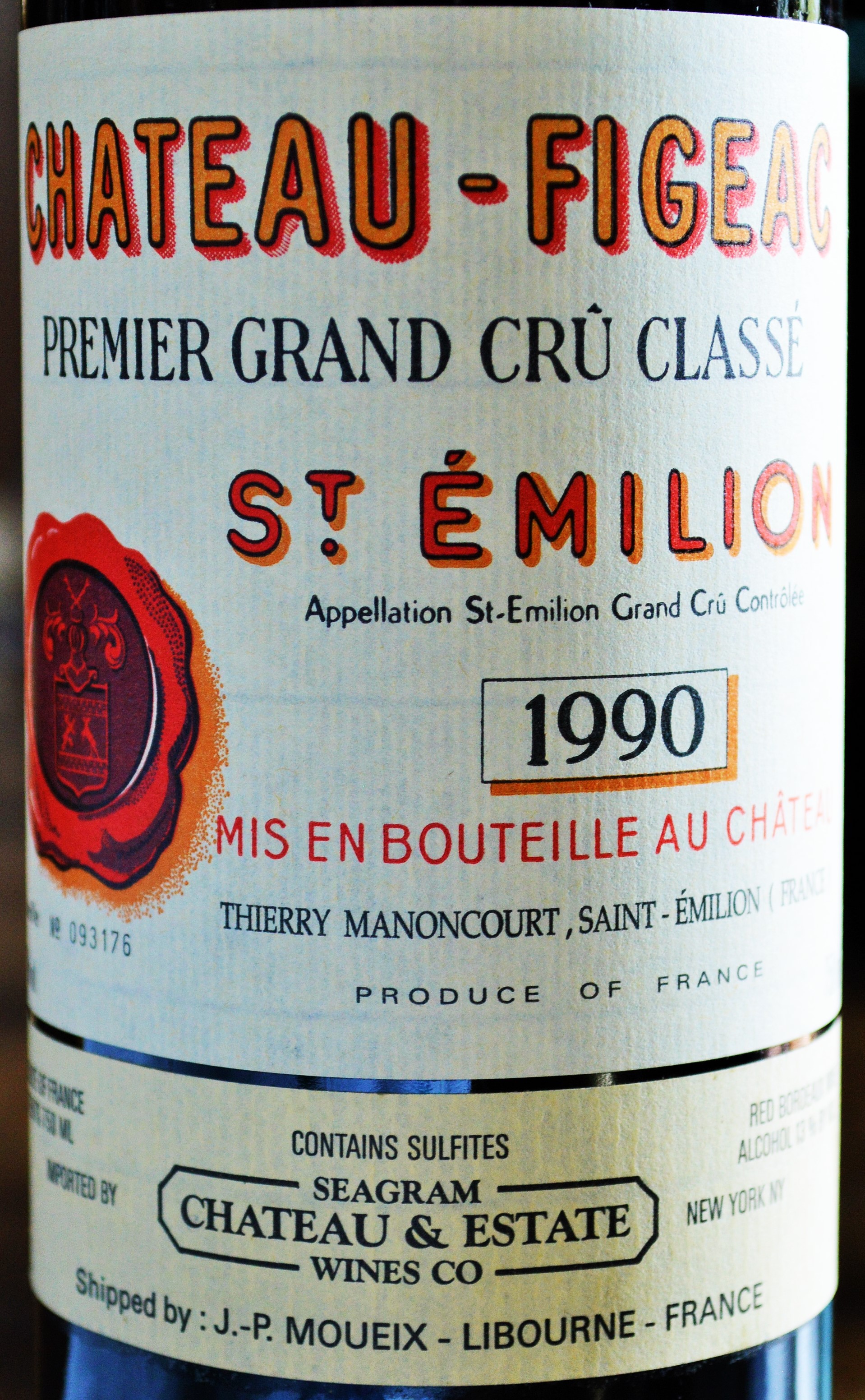 In this edition of “Great Wines with Great Friends” we take a look at a nice mature Bordeaux from an interesting Right Bank producer. With 40 hectares of vineyards, Chateau Figeac is the largest producer in Saint-Émilion and one of the most well known estates. It is not to be confused with the other 151 Chateau throughout France whose name includes “Figeac”. It’s wine carries the Premier Grand Cru Classé (Class B) classification within the Saint-Émilion ranking system.

Interestingly, unlike most of its compatriots within Saint-Émilion, Chateau Figeac is predominantly Cabernet Sauvingon. In a region where most estates produce mostly Merlot from cooler clay and chalky soils, it’s gravelly soils lend itself to the Cabernet Sauvingon grape. Additionally, unlike many of the “Garagistes” winemakers in the area, it’s winemaker prefers to pick the grapes a bit early. This winemaking approach results in less ripe, lower alcohol, higher acid wines which are built for age-worthiness rather than early drinking pleasure. 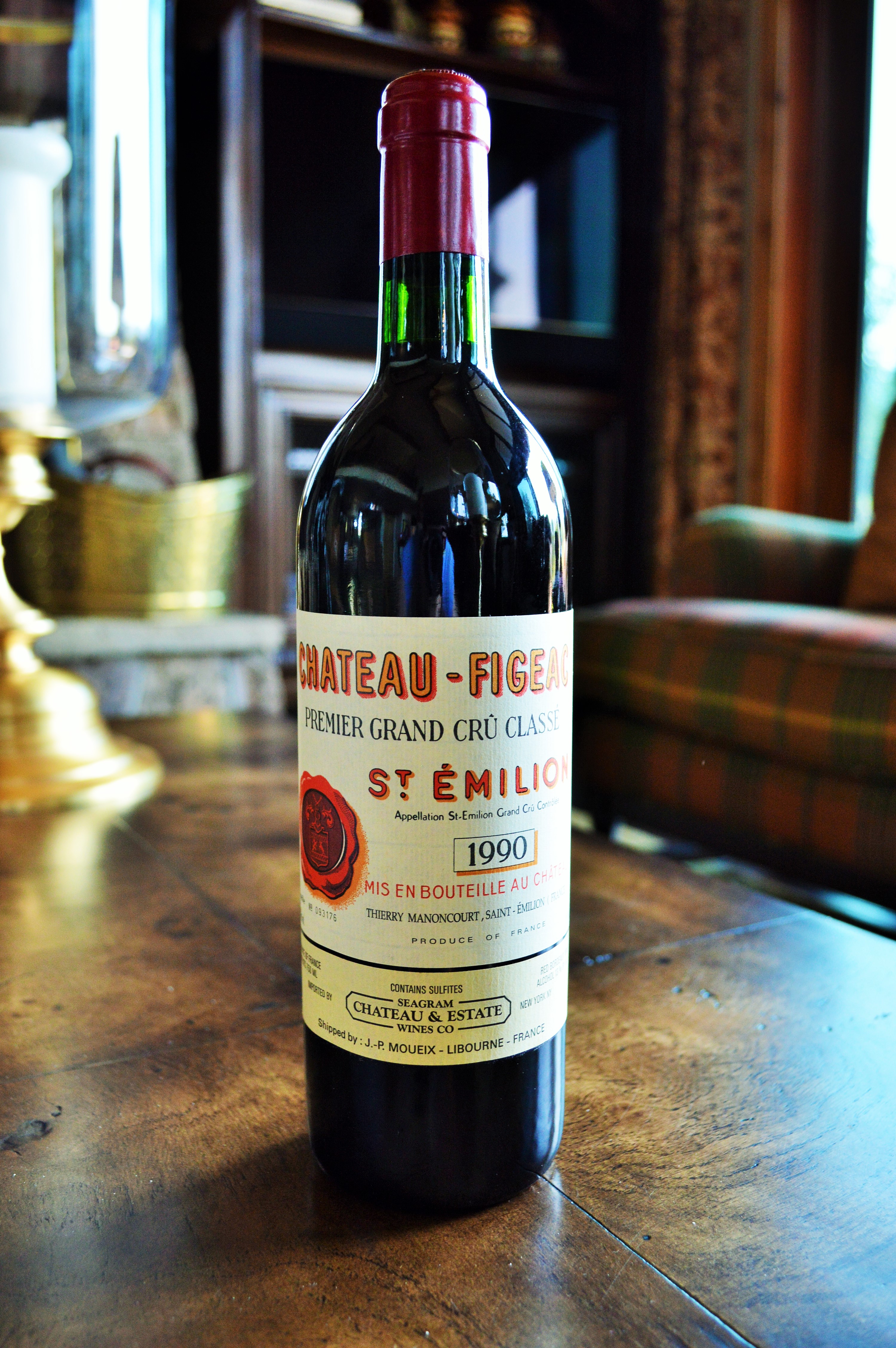 I love trying new wines and especially any wine that stands out from crowd. The Chateau Figeac 1990 doesn’t disappoint. While out in Park City, Utah on vacation we visited a friend at his beautiful new home for a casual laid back dinner amongst friends. He has mentioned earlier that we would be drinking a nice bottle later that evening.

I was pretty excited when he pulled the Chateau Figeac 1990 from his wine cooler; the bottle had been given to him as a gift for his recent birthday. Being that this wine was likely fully mature or even slightly past it’s peak I was very curious to taste it. Let’s see how it stacks up! 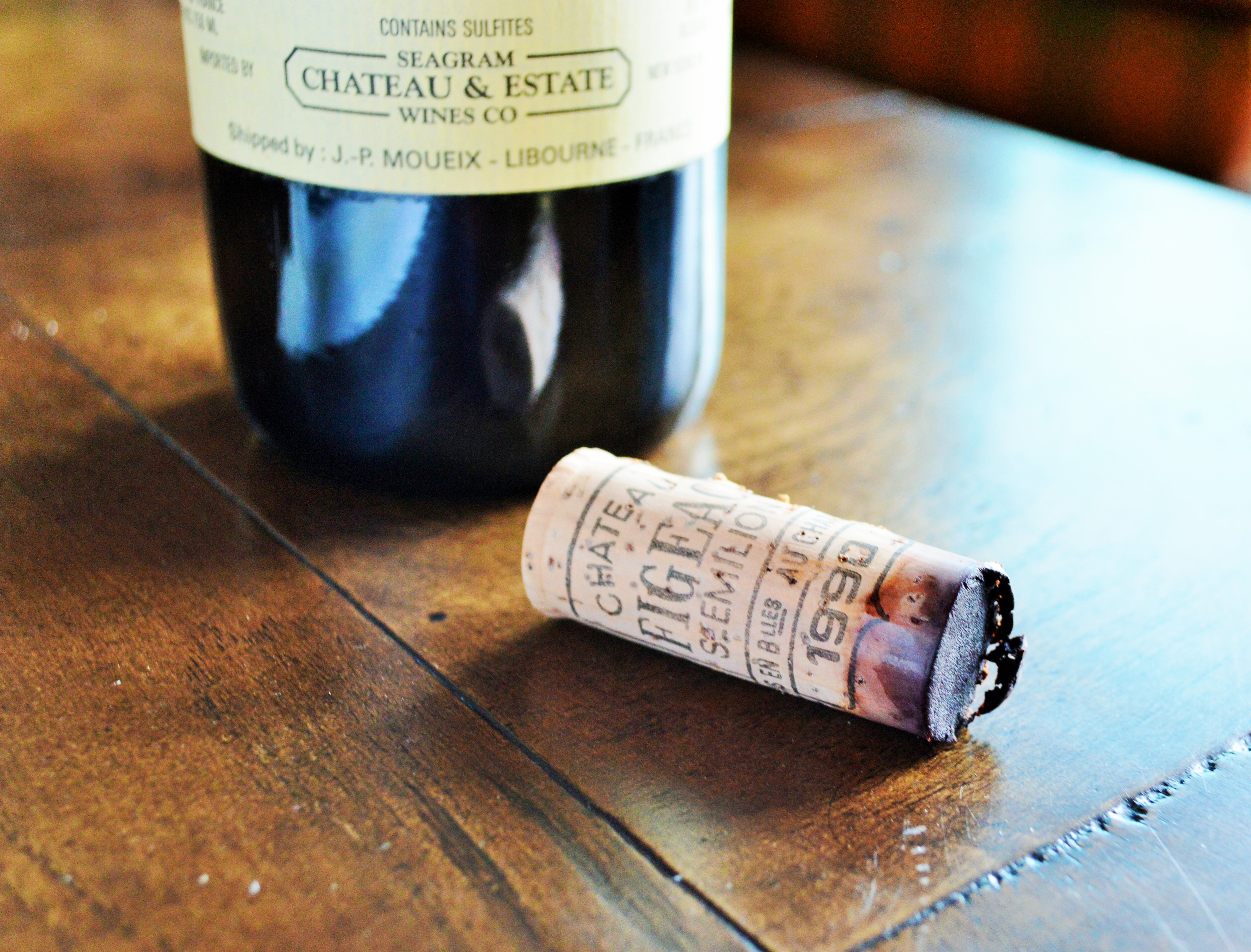 Appearance: Clear signs of bricking with a light reddish brown color thinning out at the edges of the glass.

Nose: Leather and tobacco dominated with minty undertones initially. After about 30 minutes in the glass the nose evolved with glycerin, sweet red fruit and a bit of dustiness.

Taste: Initially elegant and easy going with a bit of red fruit hiding in the core. Nice secondary flavors of leather, earth and tobacco emerged followed by mint, eucalyptus and wood on the finish. Initially the wine didn’t seem terribly complex but was very enjoyable to drink. After about 30 minutes in the glass the wine clearly evolved and filled out a bit, displaying much richer flavors with fully resolved tannin. 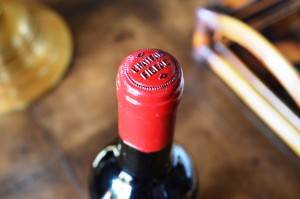 Since we were expecting this wine to be fully mature and/or slightly past it’s prime, we did not decant it, as this can result in the opposite of the intended effect with mature wines. However, we were pleasantly surprised and impressed with how the wine developed in the glass after about 30 minutes.

It seems that this wine was not past its peak, but merely approaching it. The best way to buy and enjoy a wine such as this is to purchase it on release and to age it yourself, as you clearly end up paying a premium for a wine that has been properly cellared and is ready to drink. A quick search on the 2008 vintage of Chateau Figeac shows the it can be found for ~$75.

I only wish I could drink mature Bordeaux from storied estates more often, but that’s why today’s post falls into the “Great Wines with Great Friends” category. Wines like the Chateau Figeac 1990 are best enjoyed with great friends and family. If you’re able to properly store wines for aging, try laying down a few of these. I doubt you’ll be disappointed!

Chateau Figeac 1990 Review – This isn’t the second wine from this prestigious Napa Valley winery but the same juice at under $20! 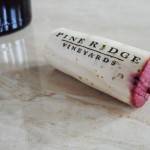 Balbas Reserva 2001 – How is this Wine Spectator “Cellar Selection” faring after 13 years in bottle? 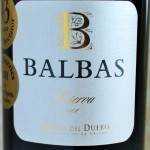