Disclaimer: While this post was sponsored by Arrowood Vineyards, all opinions expressed are entirely my own. 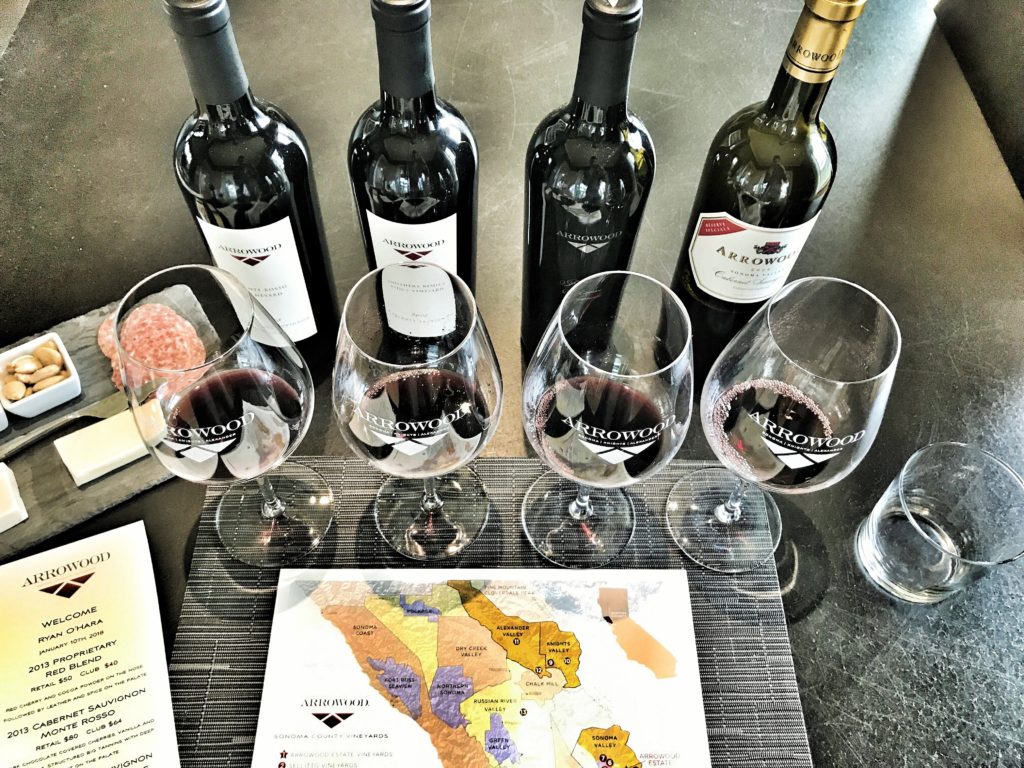 The popularity of Cabernet Sauvignon is no secret, and readers often ask for my recommendations when planning a trip to Sonoma and Napa since I spend so much time there; and while I’m immensely fond of Sonoma and Napa producers alike, I often find myself recommending Sonoma Cabernet producers these days. Why, do you ask?

Because the stronger maritime influences of Sonoma’s climate generally lends itself to more restrained, lower-alcohol Cabernet Sauvignons and the prices of the wines are often more reasonable than their better-known Napa Valley counterparts.

Plus, those who think great Cabernet only hails from Napa Valley might just be in for a surprise, as even I was when I recently visited Arrowood Vineyards and Winery, located in the very heart of Sonoma Valley just off of Sonoma Highway 12.

The “Private Seated Tasting” offers guests an intimate introduction to Arrowood’s Compelling Portfolio of Reserve-Level Cabernets Paired with Gourmet Cheese and Charcuterie While Overlooking the Panoramic Vineyard Views of the Arrowood Estate.

I recently had the pleasure of visiting and experiencing the winery’s brand new “Private Seated Tasting” experience, and was delighted to find that truly compelling Cabernet Sauvignon was not just a part of the the tasting, but was proudly the star. Of the five reserve wines I was able to taste, four were 100% Cabernet Sauvignon. Included in the tasting and paired with a gourmet charcuterie plate were the following wines:

Offering distinctive wines that are uniquely expressive of their terroir is very much part of the soul of Arrowood, as Richard Arrowood, who founded the winery over 30 years ago, was an early pioneer of vineyard-designated offerings in Sonoma County. While Richard retired from Arrowood in 2011 (his legendary winemaking career spans more than 50 years in Sonoma), he recognized early on the potential for Cabernet Sauvignon in various regions throughout Sonoma. 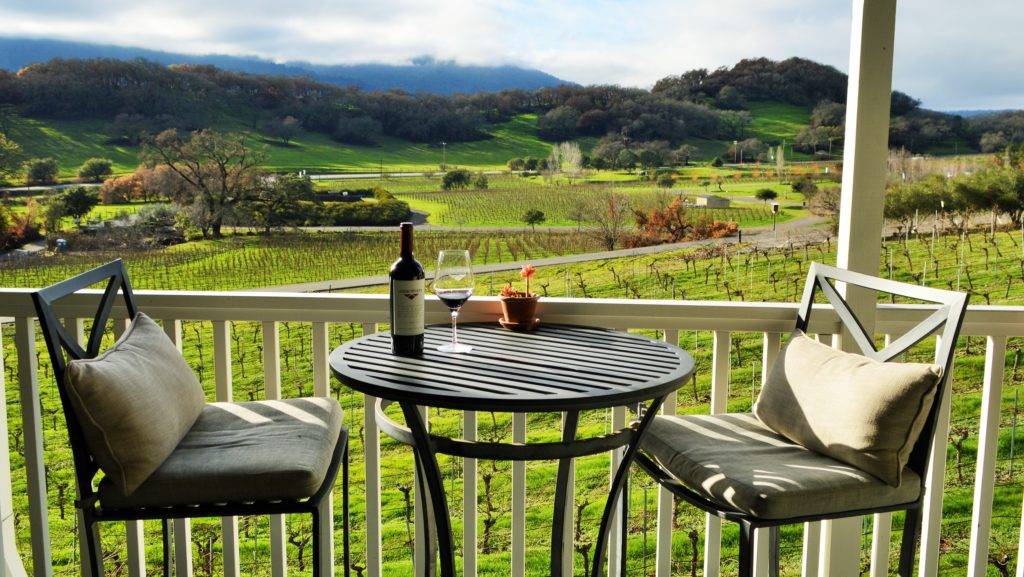 Today, the winery benefits from those key relationships with growers and sources fruit from top vineyards in such AVA’s as Knights Valley, Moon Mountain and Sonoma Valley where Cabernet thrives in Sonoma County. In charge of winemaking is Kristina Shideler, who forged her winemaking expertise in such countries as New Zealand, Portugal and Argentina as well as in Sonoma, at Stonestreet and Vérité wineries.

To be entirely sincere, as I made my way through the tasting I felt disappointed that I had not discovered this producer’s portfolio of Cabernet before – as the sturdy, age-worthy variety is undeniably a personal favorite of mine. 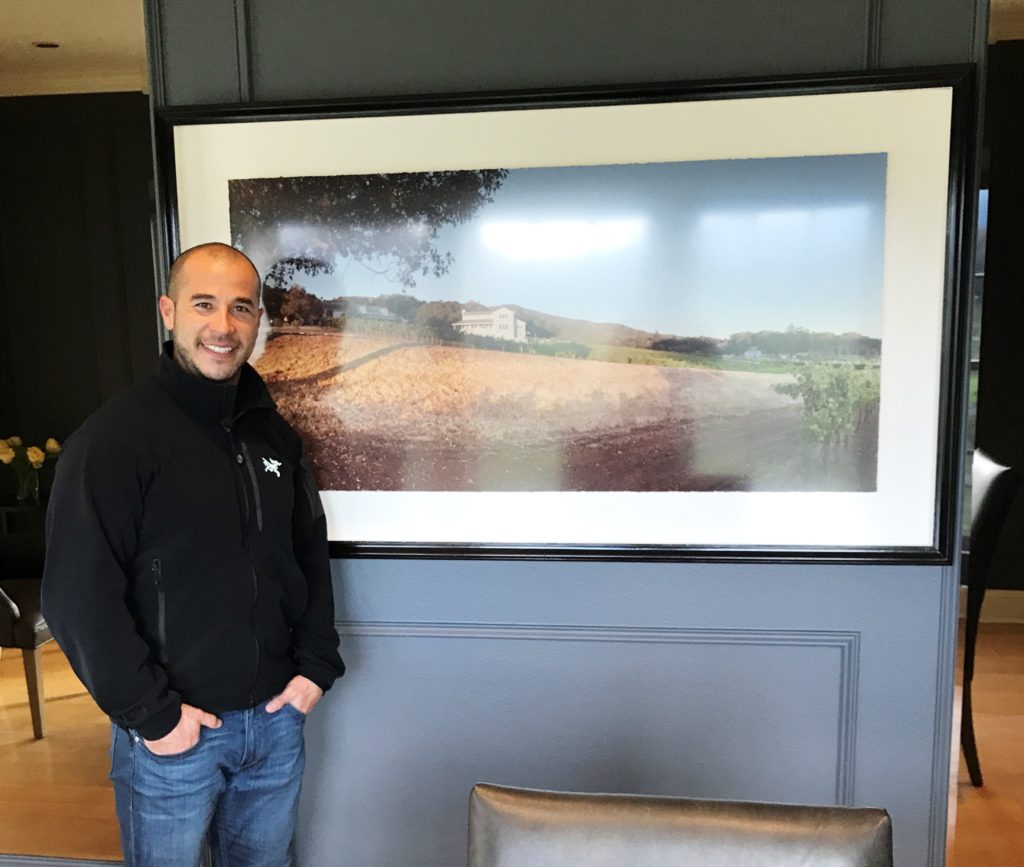 Dave Cassetta, who led my Private Seated Tasting, was knowledgeable and passionate about Arrowood’s rich history.

The Monte Rosso Cabernet was an eye-opening wine, boasting a lively, silken texture quick to reveal its origins with a savory, gravel-inflected minerality adding interest to the smokey black cherry and vanilla flavors. The historic Monte Rosso Vineyard (named for its red volcanic soils and translates to Red Mountain) rises 1,000+ feet above the valley floor in the mountain vineyards of the Moon Mountain AVA and a Monte Rosso Cabernet has been part of the Arrowood portfolio for an impressive 17 years.

You could say the Smothers-Remick Ridge Cabernet Sauvignon has been an iconic member of the Arrowood family, as it has now been produced for the last 20 of Arrowood’s 31 year history. Another mountain vineyard site, it comprises roughly 18 acres in the northern Sonoma Mountains at roughly 600 feet elevation and is sought after for the tiny, concentrated berries it produces. This wine offers a riper, more fruit-forward expression of Sonoma Cabernet and is most likely, and wholly capable, to convert fans of powerhouse Napa Cabernet into fans of Sonoma Cabernet.

The Réserve Spéciale is a blend of between three and four single-vineyards Cabernet’s each year. The lots are individually fermented with the best lots being chosen by Kristina to craft the estate’s flagship wine, and it’s a commanding one at that. Rich and powerful with concentrated black currant flavors nuanced by hints of smoke and pencil shavings. It manages to deftly walk the line between savory and fruit forward, offering something for everyone. Dave, who hosted my tasting, says that while it’s tough to choose, this is consistently his favorite wine.

Last but certainly not least was the 2005 Arrowood Cabernet Sauvignon Réserve Spéciale, which at thirteen years old had a surprising amount of vitality. Having graduated from the primary flavors I’d been experiencing so far, the tertiary flavor it possessed demonstrated fine development with flavors of leather, pipe tobacco and jalapeno pepper unfolding in a seamless texture. 2005 was a slightly cool year, and the subtle vegetal nuances added interest and complexity to this age-worthy effort. 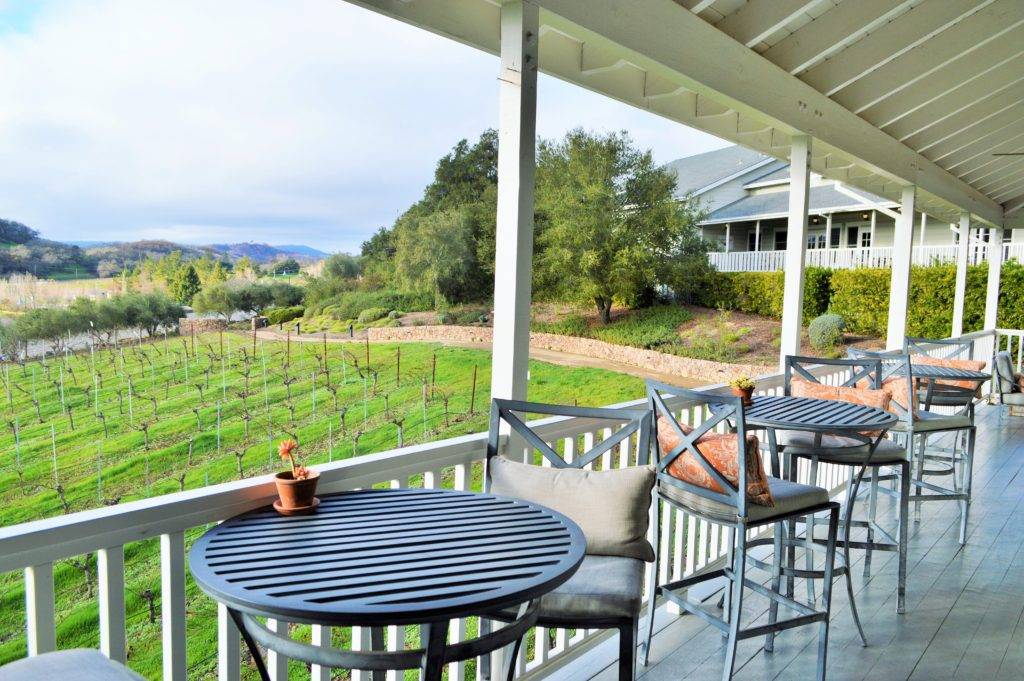 Included in the Tasting: The seated tasting includes five wines paired with gourmet cheese and charcuterie.

Time to Allot: Approximately one hour.