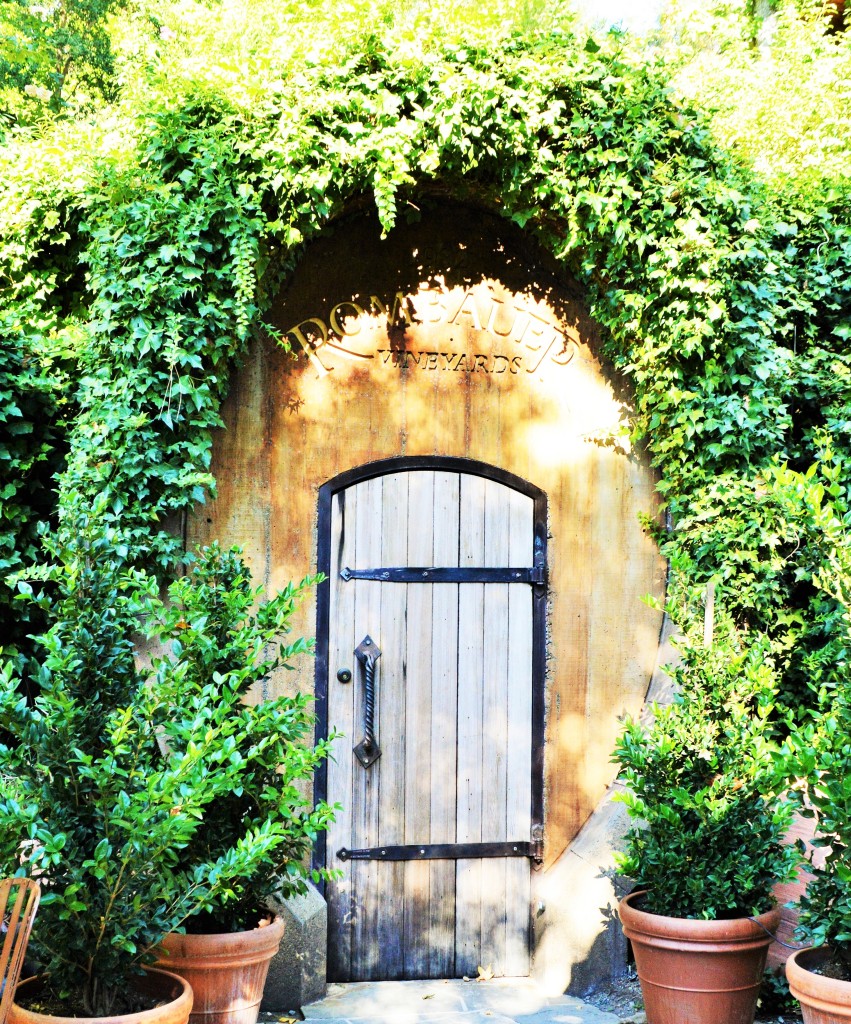 Sometimes the best surprises happen where you least expect them, right? That was certainly the case on my most recent visit to Napa Valley. After visiting over 10 wineries (it was a long trip), Rombauer Vineyards managed to make a lasting impression. You might be as surprised as I was to discover why.

Since its inception in 1980, Rombauer Vineyards has developed an enviable following for its rich, sweetly-fruited, unapologetically buttery Napa Valley Chardonnay’s. Though very well-made, Rombauer’s ripe, generously-oaked iteration of America’s favorite white wine isn’t the style I usually go for, hence my hesitation when I was asked if I might be interested in visiting Rombauer Vineyards.

Believing that one should never judge a book by its cover I reluctantly agreed to visit Rombauer’s Winery – only to discover that there’s an entire portfolio of excellent Napa Cabernet Sauvignon’s being produced at Rombauer by their enthusiastic new winemaking team. 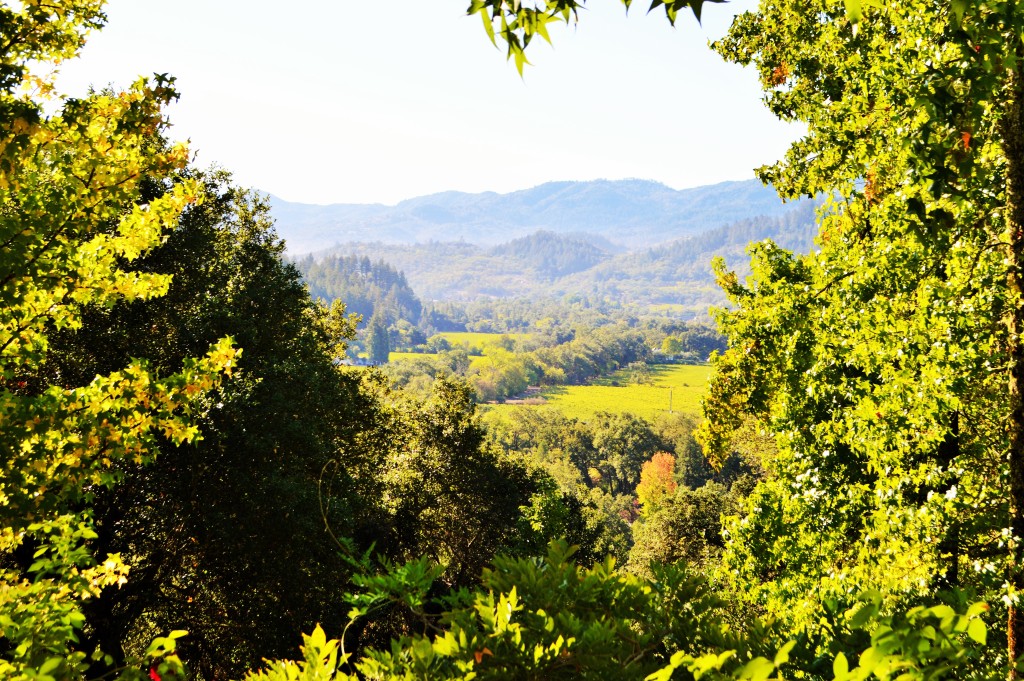 The view from Rombauer as you enter the tasting room.

After working his way up the ranks and proving himself to Rombauer’s owners, Koerner and Joan Rombauer, Richie was awarded the esteemed position as Director of Viticulture and Winemaking in 2013.

Believing that if they aren’t improving, they are falling behind, Rombauer’s owners charged Richie and Associate Winemaker Luke Clayton with maintaining the iconic Rombauer style, while improving the quality of the wines.

While touring the estate, one of the first things I noticed was the disparity between the size of the tasting room and the winemaking facilities. After seeing the cozy, relatively small tasting room and then the impressive winemaking facilities replete with a 1,000 ton crush pad and two, yes two optical sorters, it became clear that protecting the quality of their wine is a priority for the Rombauer’s.

After sitting down to taste the wines with Richie and Luke, I mentioned that I was a Cabernet guy, and that I was intrigued to see that they produced a line of reserve Cabernet’s. Richie lit up and replied, “Oh good, so are we!”

He explained that making top Cabernet is a labor of love, and that too many Napa Cabernet’s get too excessively ripe, resulting in a combination of low-acidity and loss of structure. This philosophy was music to my ears, as I enjoy a lush Cabernet as much as the next guy, but without structure and acidity things quickly fall apart for me. 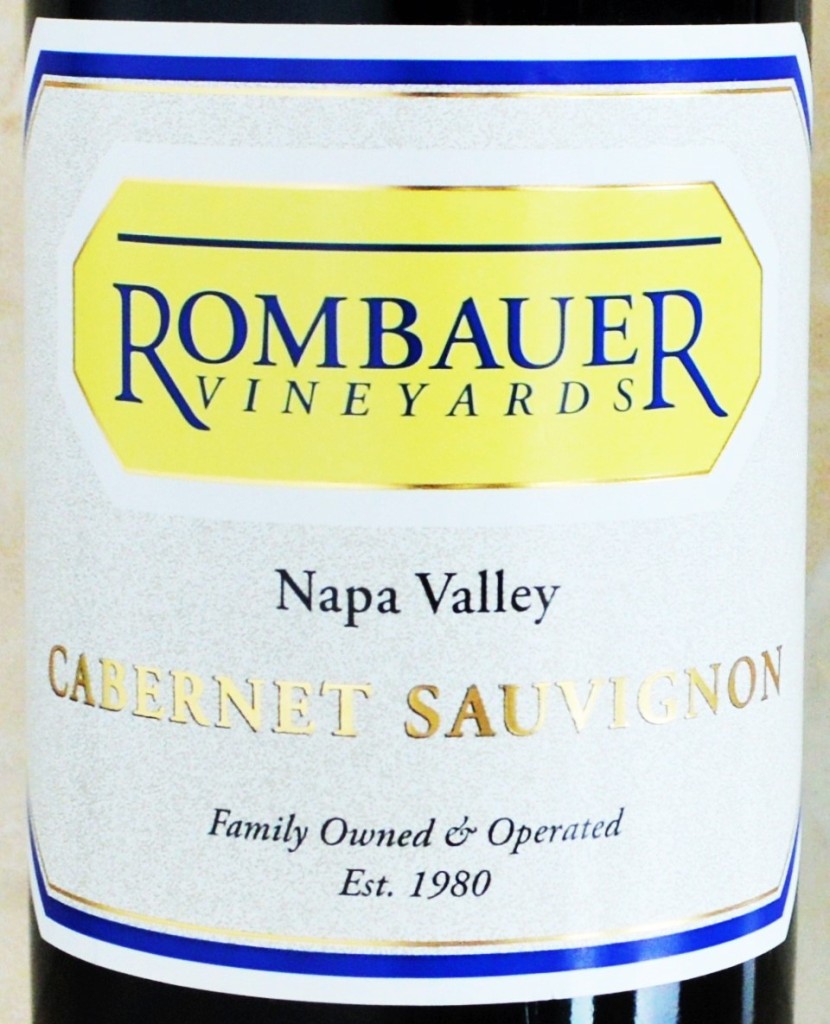 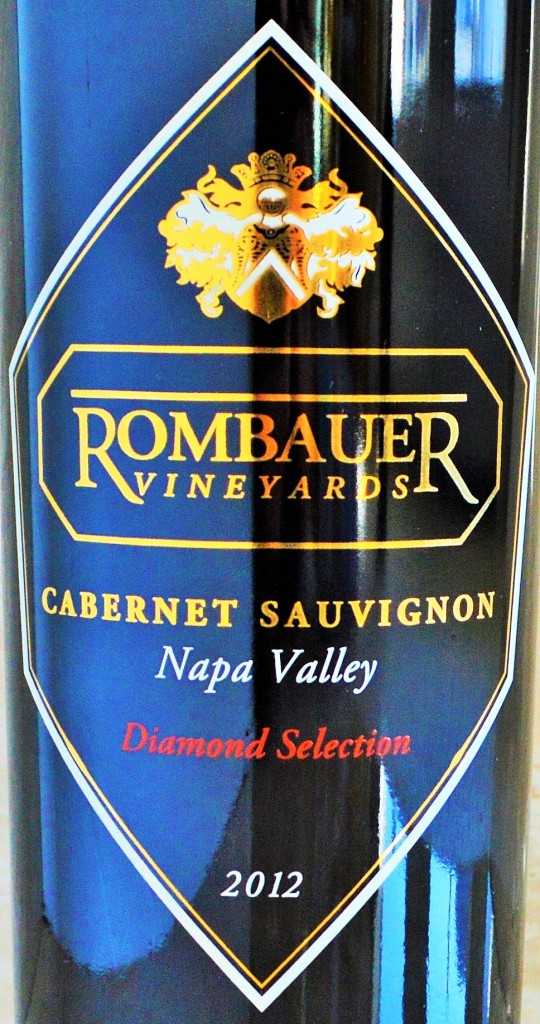 Rombauer Vineyards Diamond Selection Cabernet Sauvignon 2012: Produced from 85% Cabernet Sauvignon, 9% Merlot and 6% Petit Verdot and aged 18 months in 100% new French oak. The fruit is sourced from estate sites and growers located in the Stags Leap, Calistoga, Atlas Peak, St. Helena and Howell Mountain AVAs. It pours a deep crimson red that’s opaque at its core. Perfumed aromas of black cherry, black currant and chocolate covered raspberries emerge from the glass, underscored by sweet vanilla and a slightly ferrous quality. The mouthfeel is rich and expansive, with generous black fruit accented by subtle spice and coffee, and sweet oak flavors. There’s some grip from the firm but refined supple tannin, and the finish seems to go on and on. 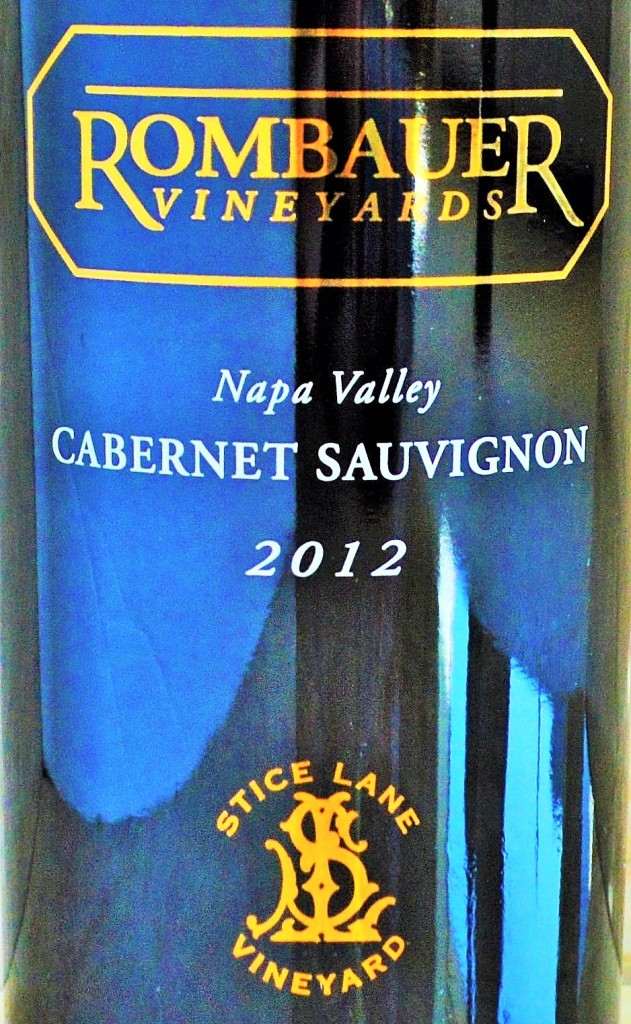 Rombauer Vineyards Stice Lane Vineyard Cabernet Sauvignon Napa Valley 2012: Produced from 100% Cabernet Sauvignon and aged 18 months in 100% new French oak. From a single vineyard located in the St. Helena AVA, its gravelly soils previously provided the fruit for top Cabernet Sauvignon wines at Beaulieu Vineyard. Pours a deep, vivid hue of garnet red that’s opaque at its core. The nose is quite aromatic and markedly more floral than the Diamond Selection revealing aromas of violets and anise interlaced with pure, rich aromas of black cherry and black currant. In the mouth its bold and broad shouldered revealing layers upon layers of black fruit and cocoa flavors in a silken, sumptuous package. With excellent structure and overall balance to support the fruit density, the Stice Lane Cabernet is a real show stopper. Finishes very long with fine, dusty tannin and hints of pencil shavings. 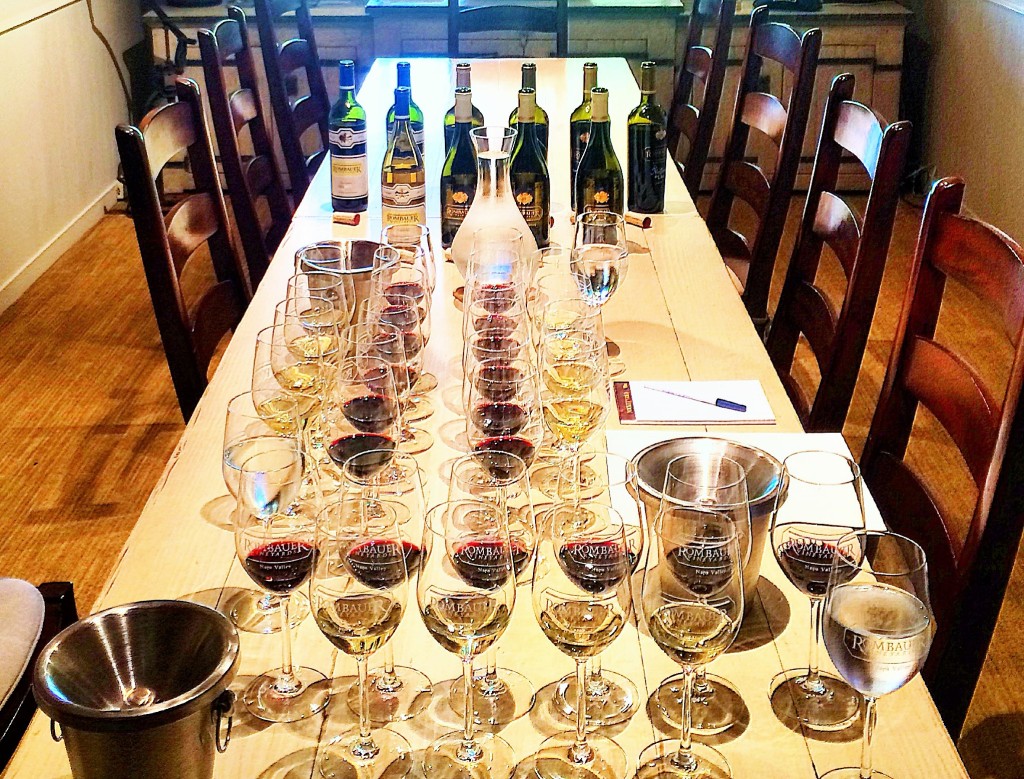 A scene from my tasting at Rombauer Vineyards. Click the image to see more from my Instagram feed!

Despite its profound recognition as a Chardonnay house, the first wine ever produced at Rombauer Vineyards was actually a Cabernet Sauvignon. They didn’t even produce a Chardonnay until three years later in 1983, and the iconic house style wasn’t established until the mid-1990’s.

So if you’re wondering why you haven’t heard about Rombauer Cabernet, it’s partly because the Cabernet program suffered a major setback when Phylloxera struck Napa Valley in the 1990’s. Having relied on key grower contracts to source their Cabernet fruit, Rombauer got pushed around and lost out on the prime fruit they needed for several years.

In 2001 Rombauer Vineyards refocused their efforts on their red wines. Wishing to no longer rely solely on growers, they identified several high-quality vineyard site to purchase throughout Napa and began making acquisitions in 2004. The quality of the red wines has consistently improved ever since.

Winemaker Richie Allen says that “Nine times out of ten people come here because it’s Rombauer and they know our Chardonnay and then they try our red wines and love them!”

It’s refreshing to see that they aren’t super high alcohol or high in residual sugar. The Cabernet’s marry richness and purity of fruit with structure and refinement. It’s only a matter of time before people come to Rombauer for the Cabernet, and discover the Chardonnay.

Tasting Fee: $20 for the Classic Tasting, $30 for the Proprietor’s Tasting (featured limited-production wines and single-vineyard bottlings).

Should You Go? If you thought Rombauer Vineyards was only making great Chardonnay you’ll be as surprised as I was to taste their excellent red wines. These wines are underrated and merit attention.