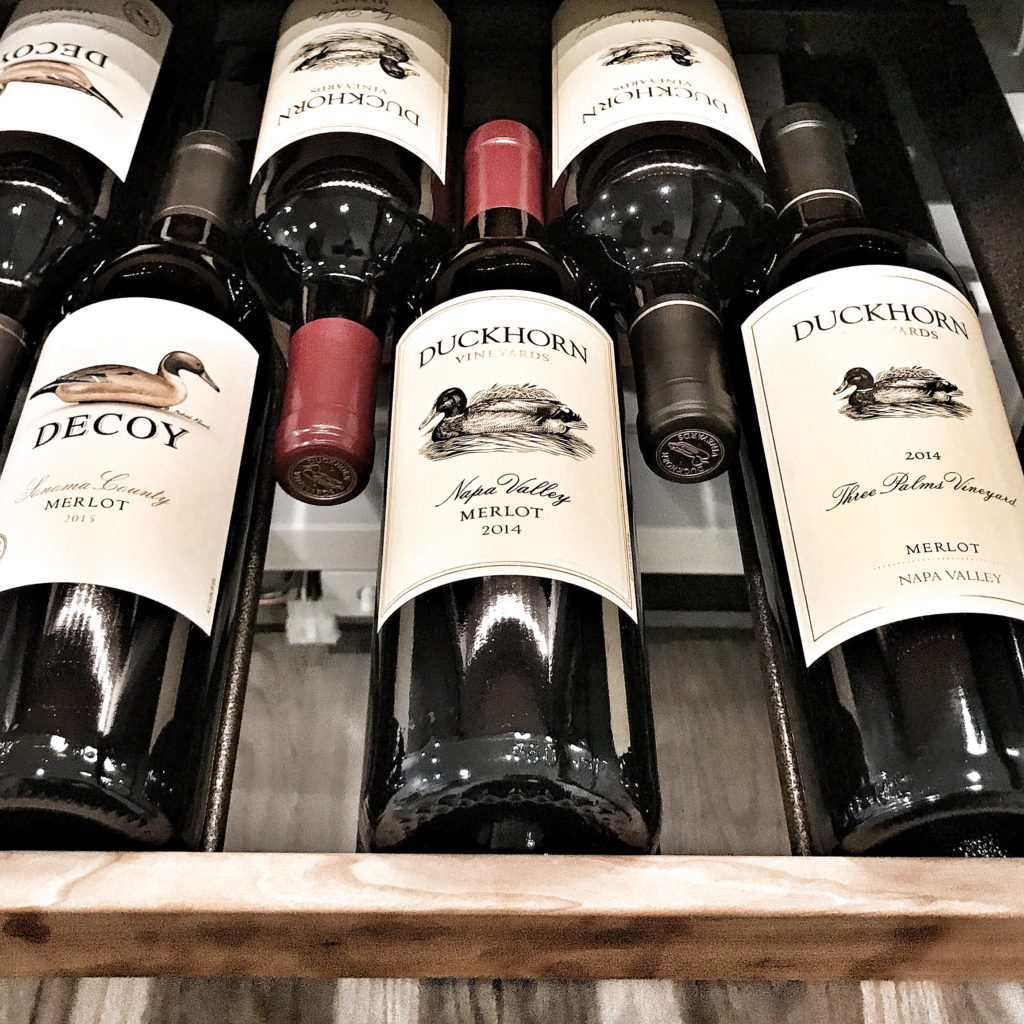 To be frank, I initially thought writing about the fact that October is Merlot Month was kind of silly considering the dire circumstances so many people are currently facing, but I came to the realization that so many people will likely want to help, but don’t know how – especially if they’re not local. One particular perspective really struck a chord with me, when Scott Starr (@Scotttheboatguy) tweeted, “The outside world thinks wine country is gone…”

Thankfully I’m here to tell you that is not the case, but it has been bruised, and is in need of our support. One of the best ways you can help is by donating, and this article is a great resource to guide any charitable efforts you’d like to make.

In addition to making a donation, which I’ve already done, I will continue to do what I believe is one of the easiest and best ways to help out from anywhere in the world: by choosing to purchase wine produced in Napa or Sonoma. And since October is International Merlot Month, why not make it Merlot?

Merlot has had its fair share of struggle as well. This often misunderstood and polarizing variety has been unfairly punished. When you consider that its most redeeming qualities qualities of being silky, luscious and approachable when young without the “bite” of Cabernet’s tannin are what led to its overproduction, and subsequent drop in quality in the first place.

But thankfully the memories of Miles’ bitter Merlot Sideways diatribe are fading, as Merlot has gradually experienced a resurgence in quality of wines being produced as well as an increase in perceived quality amongst consumers. You can just feel good, on so many levels, about picking up a bottle (or two!) of one of these Merlot’s produced from Napa and Sonoma fruit: 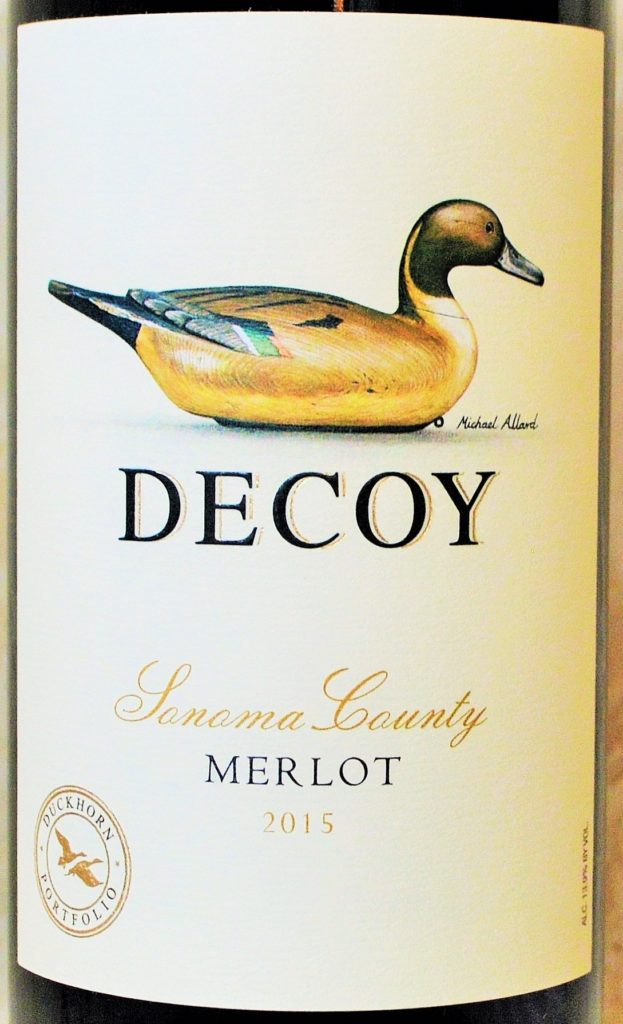 Decoy has been an important part of the Duckhorn Wine Company since its inception in 1985. Whereas Duckhorn’s wines are uniquely expressions of Napa Valley terroir, all Decoy wines are Sonoma County appellation-designated emphasizing approachability and value. “The everyday wine for the well-informed” appears on the rear label, and I would have to agree. While the Decoy Merlot might not possess the depth, complexity or structure of Duckhorn’s iconic Napa Valley Merlot, I find its vibrant medley of ripe black cherry, plum and licorice flavors wrapped in a pillowy texture hard to resist. It boasts uncommon purity, fragrance and overall balance for a wine at this price point. 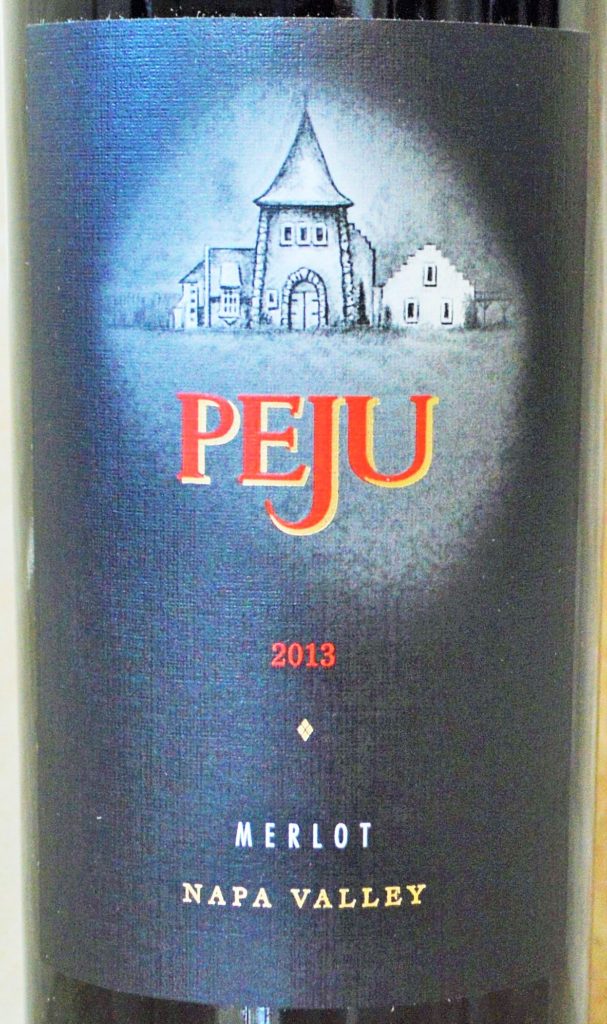 Peju is nestled right in the heart of Napa Valley, conveniently located off of Napa’s main artery – Highway 29. The family owned and operated Rutherford Estate consists of 30 acres of prime vineyards, with iconic neighbors such as Robert Mondavi, Inglenook and Beaulieu just a stones throw away. The Rutherford Estate is certified organic and planted predominantly to Cabernet Sauvignon, Merlot and Cabernet Franc, and provides the backbone of the 2013 Peju Merlot. Comprised of 99% Merlot and 1% Malbec, its well-integrated oak flavors support a dusty core of raspberry and spiced plum, with hints of cocoa powder and coffee bean lingering on the finish. There’s just enough Rutherford character here to keep things interesting. 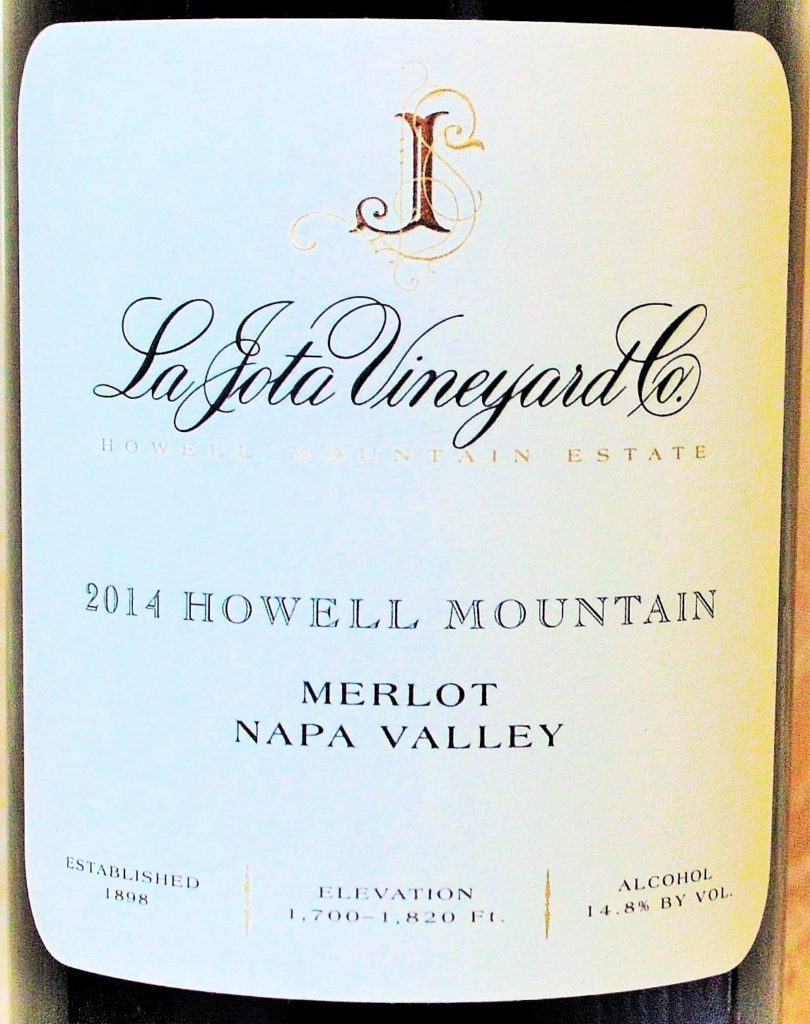 The la Jota Vineyard rises 1,700 feet above the valley floor, surpassing the fog line on a volcanic plateau. This unique topography assures the grapes aren’t exposed to the temperature extremes witnessed on the valley floor below, ensuring gradual, evening ripening. The estate consists of 28 acres, separated into three blocks, with the Meadow block providing the foundation for this 2014 Howell Mountain Merlot, along with the nearby W.S. Keyes Vineyard, named for the early pioneers of Howell Mountain who was responsible for some of the earliest vine plantings within the AVA. The resulting Merlot exudes just the kind of power and minerality from what I would expect of this cool-climate, mountain terroir. Fragrant, high-toned red berry aromas peer out from an otherwise, dark chocolatey core. Grippy, finely-grained tannins and toasty oak provide the framework for this serious mountain Merlot which would undoubtedly benefit from a few years in bottle to show its full potential. 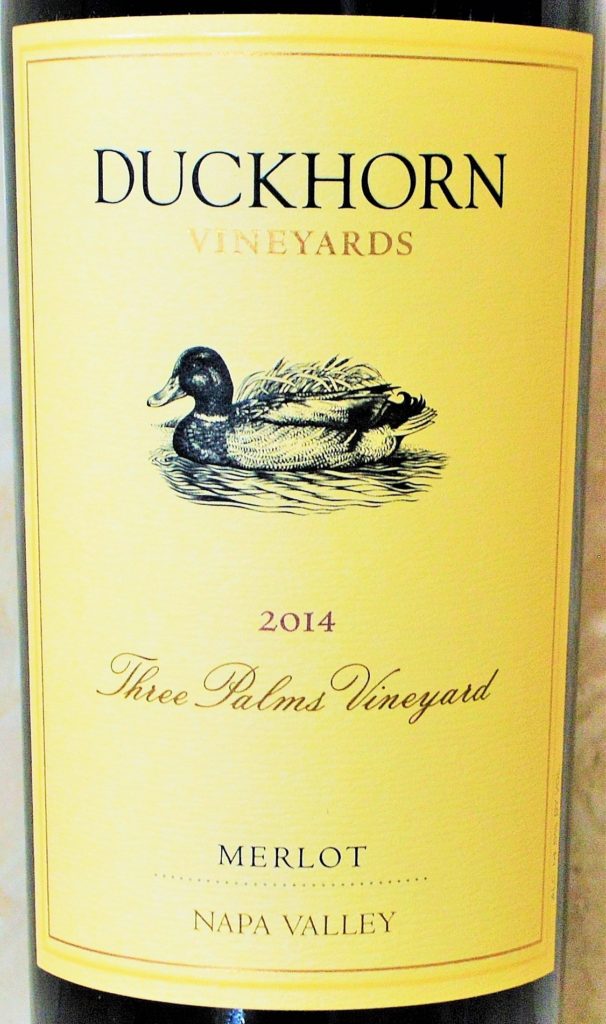 Being one of the first Napa Valley producers to basically adopt Merlot as their signature variety and truly champion its success, Duckhorn Vineyards has become synonymous with Napa Merlot. Their single-vineyard Three Palms Vineyard bottling is consistently one of the regions finest examples. Nestled on an alluvial fan in the northeastern stretches of the valley, this historic property consists of 83 acres planted to Merlot, Cabernet Franc, Malbec and Cabernet Sauvignon. The Three Palms Merlot has been in production since Duckhorn’s inaugural vintage in 1978, and in 2011, Duckhorn acquired exclusive rights to all of the fruit from this vineyard. If that doesn’t convince you that this is special terroir, then allow this exquisite Merlot to do the talking. Toast-accented plums, black raspberry and currants are underscored by pure red licorice and fine, dusty tannins. With a firm, polished structure, seamless satiny texture and a finish that seems to go on for days, you’ll be happy you gave your ear.

**Our Friends in Napa and Sonoma Want You To Know That They’re Open for Business! The Skies Have Cleared and Your Tourism Will Be Warmly Received. Scroll my Winery Visits for some inspiration!**