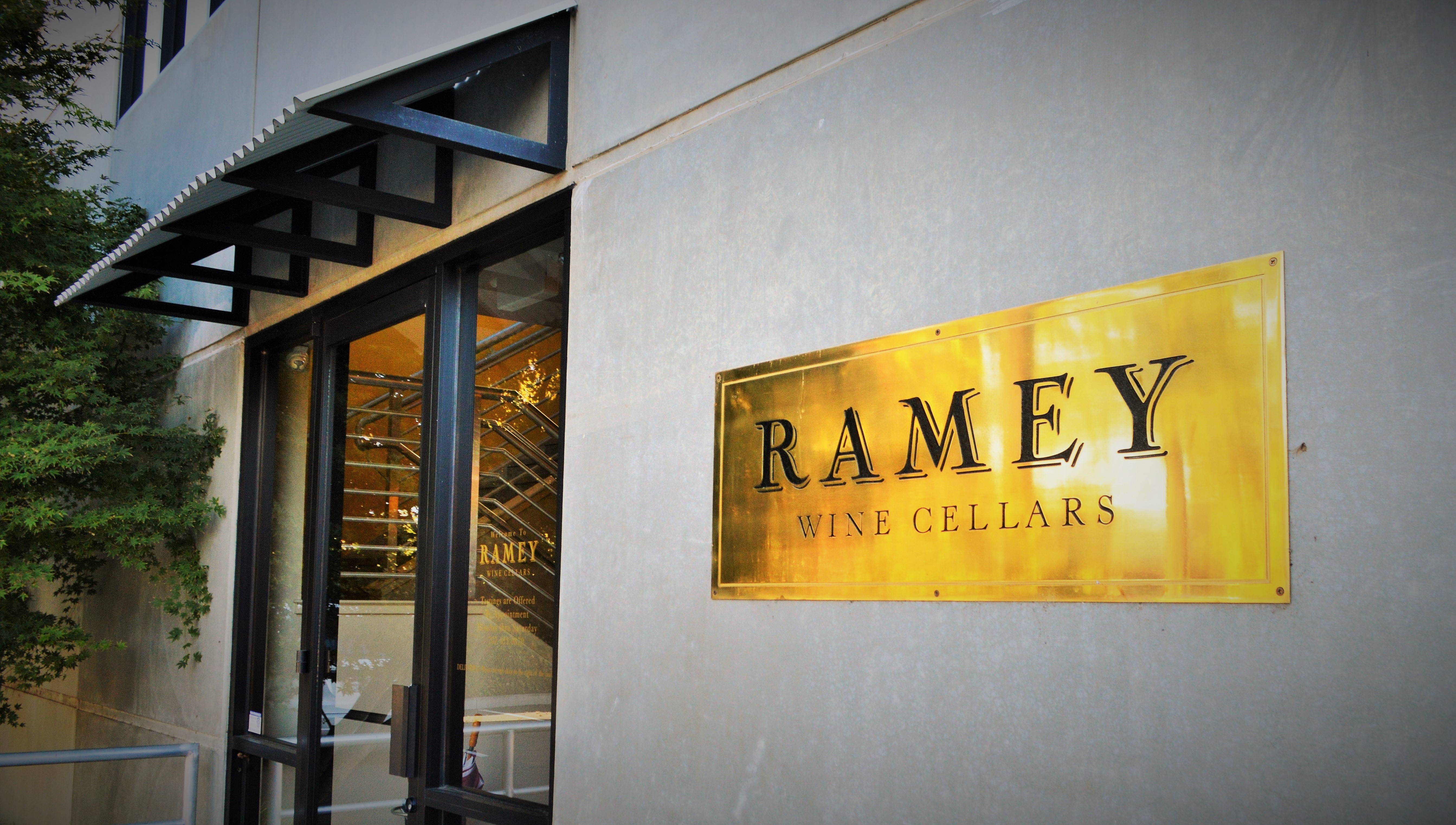 How does the saying go? When in Rome, do as the Roman’s do? Well if I may suggest than when you find yourself in the fantastic town of Healdsburg, California that you do make a visit to Ramey Wine Cellars. Located in Sonoma County, Ramey Wine Cellars was founded in 1996 by David and Carla Ramey.

Before founding Ramey Wine Cellars, David forged his wine-making talents and experience first at Petrus after earning his Master of Science in Enology from UC Davis in 1979. From there, he took his first job stateside under Zelma Long at Simi and then took over for Mary Edwards at Matanzas Creek. While at Matanzas Creek David pioneering the now industry-wide practice of whole cluster pressing for Chardonnay. From there he went on to work at Dominus Estate.

While at Dominus, David took on a bit of a side project when he contracted with Larry Hyde, whom he had known for years, for a parcel of Hyde Vineyard Chardonnay that was part of the Mumm Vineyard block that hadn’t been harvested that year.

Ever since then, David Ramey has been known for producing both Chardonnay, and Cabernet Sauvignon of great distinction. In addition to producing an extensive, well-crafted portfolio under his own label he now consults with many brands, including several Bill Foley properties. 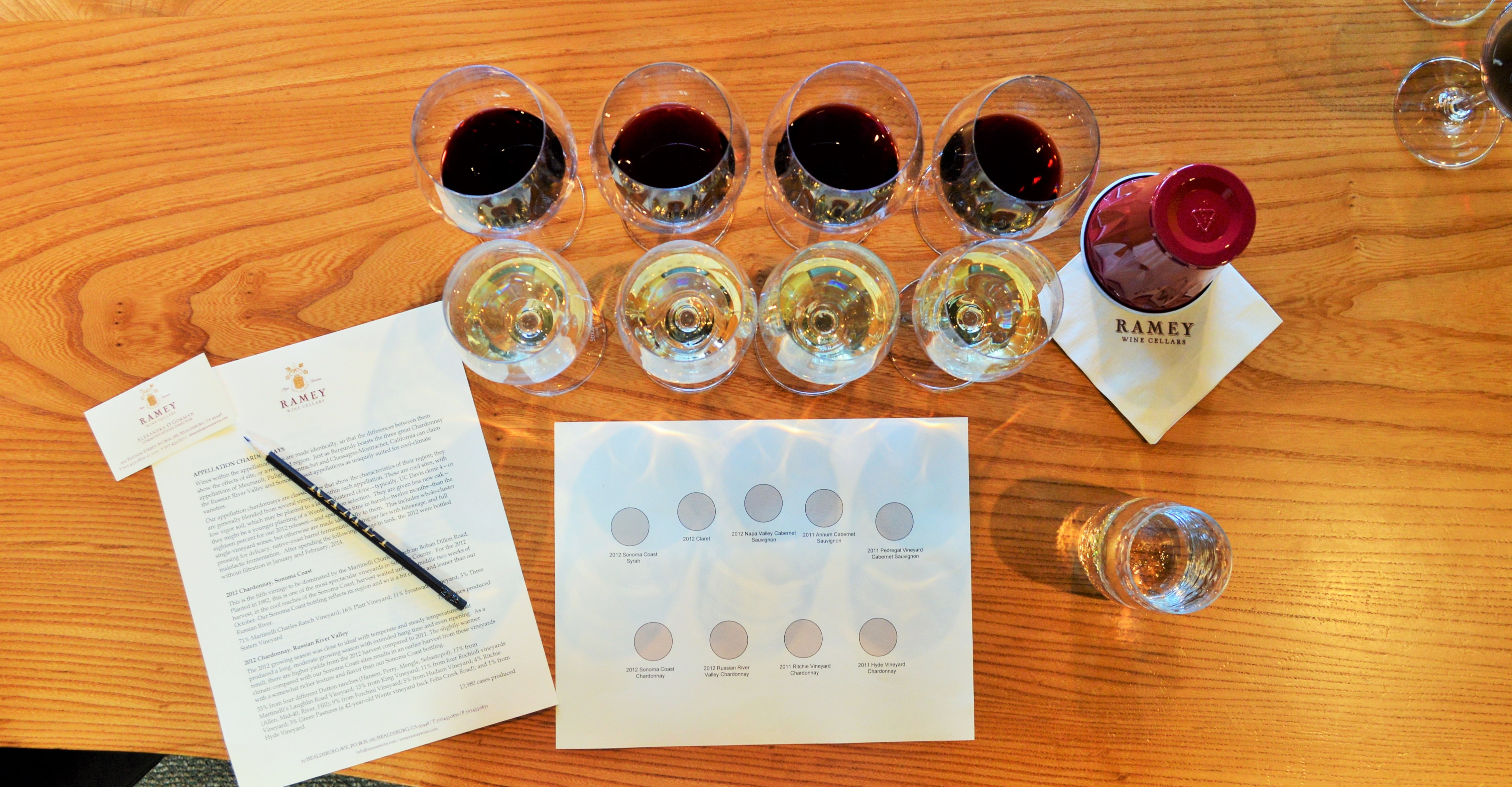 I had the pleasure of tasting with Alexandra O’Gorman, Director of Communications for Ramey Wine Cellars. Her knowledge was as extensive as it was passionate and she was quite an impressive brand ambassador, without even a touch of salesmanship showing through.

The current tasting room is located in a well appointed room in the winery’s downtown processing center and the wines poured are well worth the modest tasting tariff of $25 – appointments are kindly requested.

For those that might find this location somewhat less desirable than other idyllic wineries locations alas: Ramey has just recently purchased 74 acres in the Russian River Valley in a beautiful riverside setting. Not only will it yield excellent Russian River fruit, but there will be a tasting room befitting the quality of the wines. Speaking of the wine…

Our QuickNotes on what we tasted during our visit to Ramey Wine Cellars: 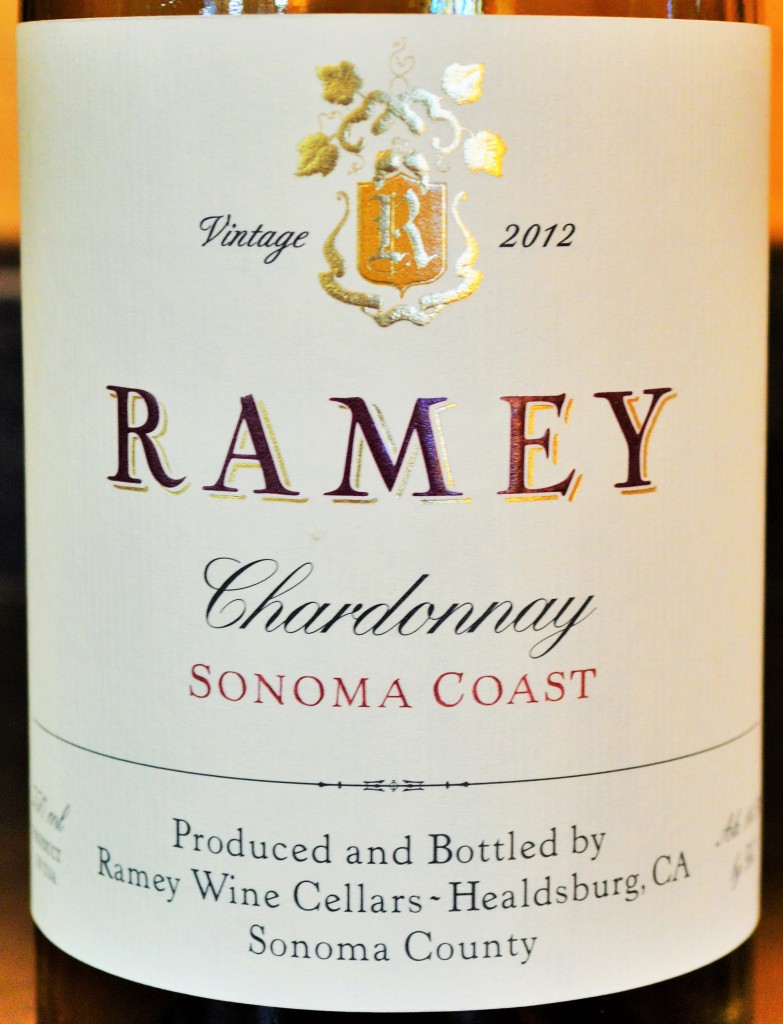 Ramey Chardonnay Sonoma Coast 2012 ($40): Bright and clean with apple and pear notes. This is flinty and mineral rich with great acidity. Very much like a French Chablis, this would pair incredibly well with shellfish. It’s nice to see this style coming out of California and it might surprise some regular California Chardonnay drinkers. This could easily become my go-to white for a lunch/dinner white option. 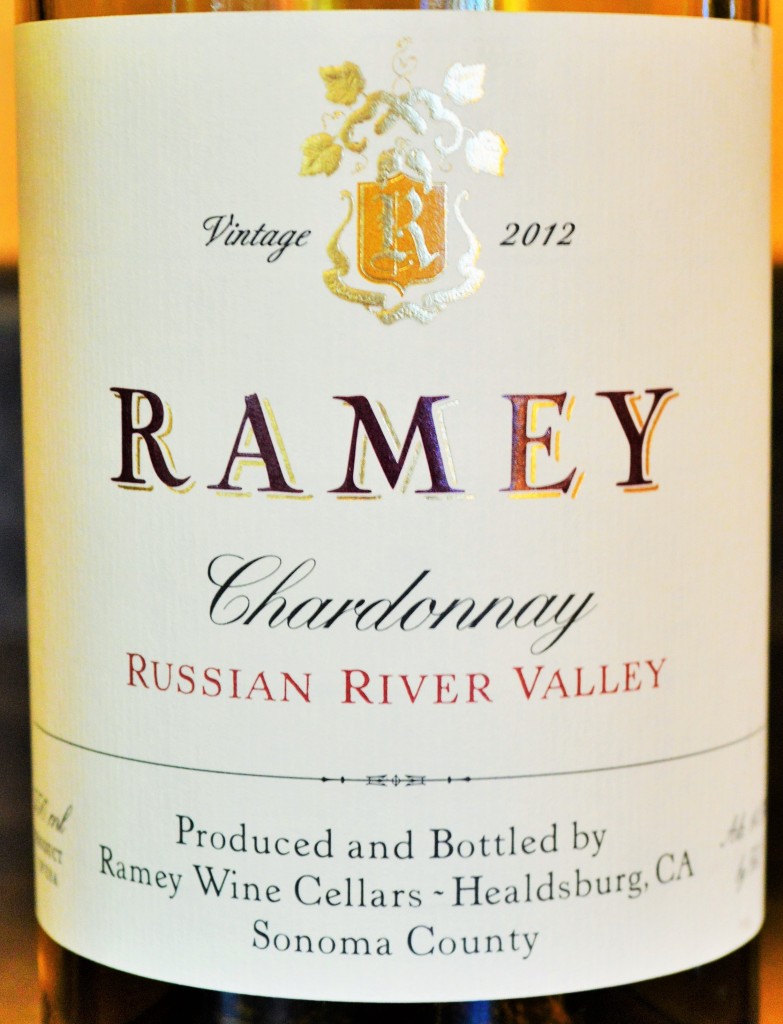 Ramey Russian River Valley Chardonnay 2012 ($40): Just a bit richer than the Sonoma Coast Chardonnay this reveals a creamier texture and notes of lemon curd, lychee and nutmeg spice. Very balanced with great acid profile. Alexandra suggested that this would pair well with a sugar-free apple tart and it simply sounded like an amazing pairing. 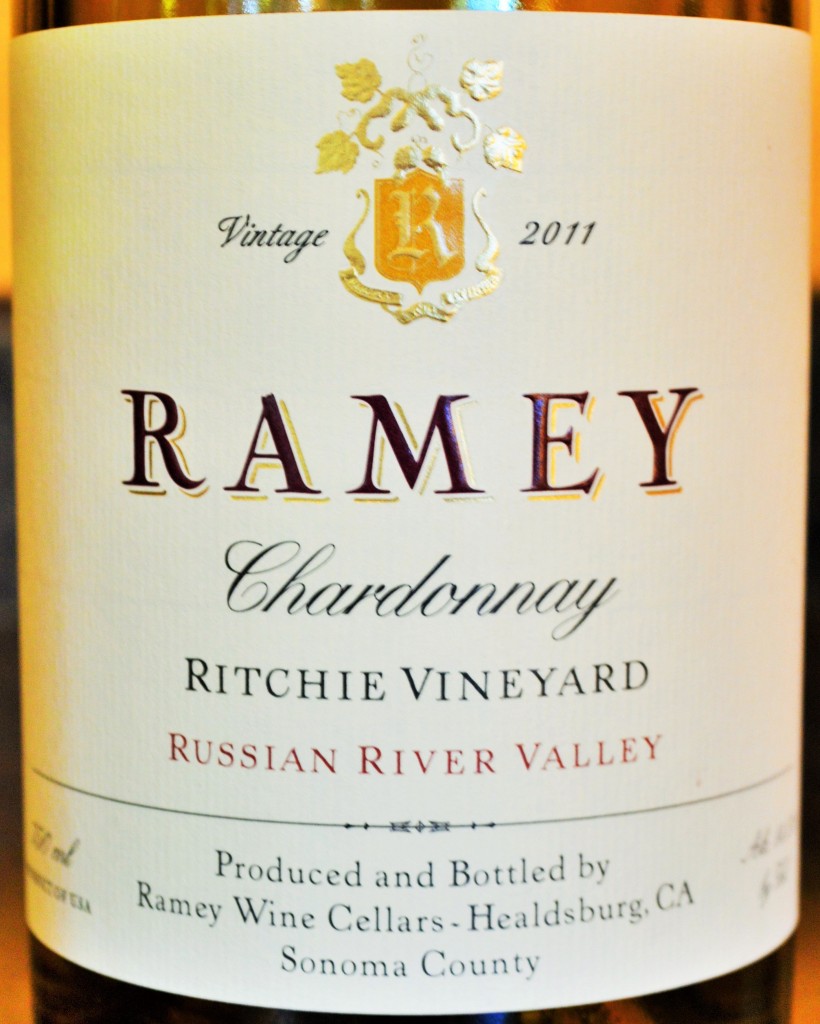 Ramey Chardonnay Ritchie Vineyard Russian River Valley 2011 ($60): Sourced from a well-respected vineyard in the heart of Russian River valley rich in volcanic soil. This was the most round and tropical yet with sweet guava, orange zest and spice notes. This was interesting and complex and I could have easily enjoyed this to sip alone or with a rich meal. 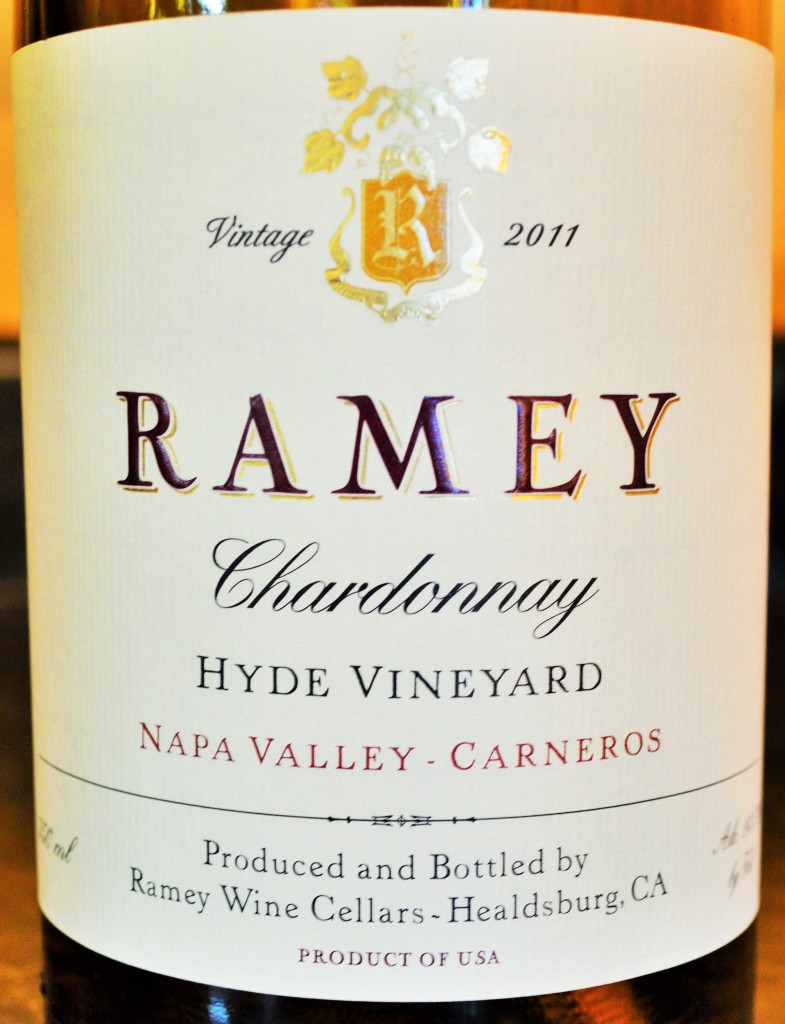 Ramey Chardonnay Hyde Vineyard Carneros Napa Valley 2011 ($60): The darkest in color appearing a medium honey-gold, David Ramey believes this is the most floral example of Chardonnay he produces. The nose reveals notes of honeysuckle and lemon curd. This is the richest and creamiest Chardonnay, yet it maintains excellent balance with a good mineral component. Think of this as your well crafted fireside winter white. 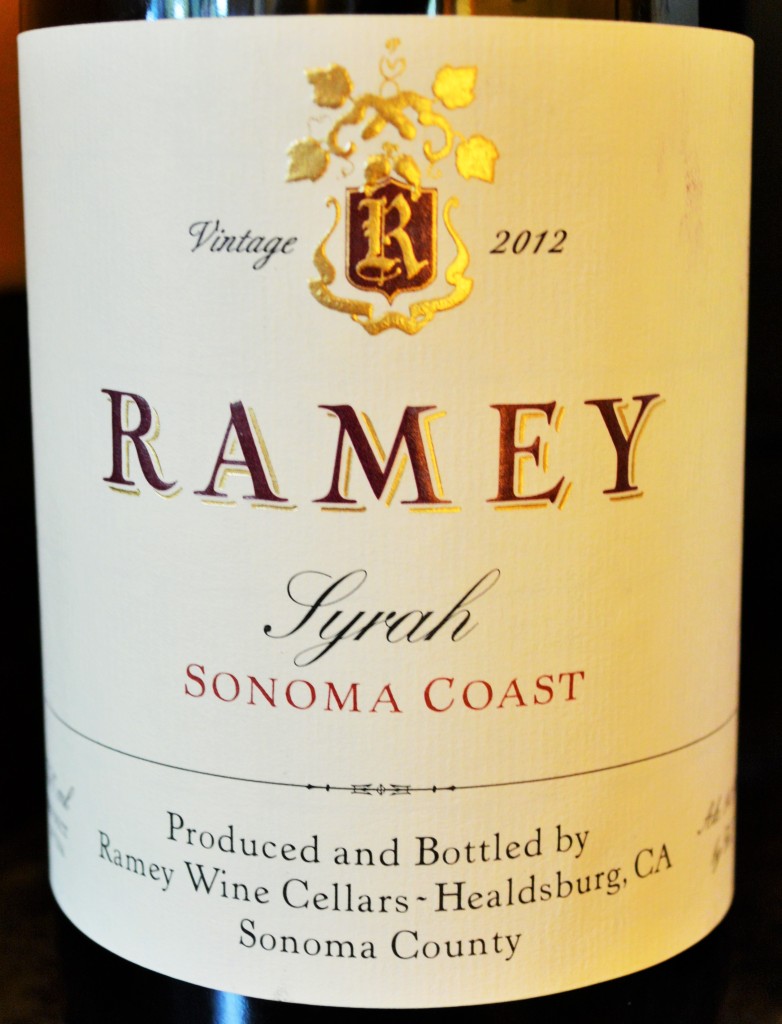 Ramey Syrah Sonoma Coast 2012 ($40): The fruit for the Syrah is sourced from vineyards that get a lot of cooling fog and and is fermented in tank with 75% destemmed fruit and 25% whole Syrah clusters, which contributes to the color and flavor of the final wine. This was quite dark in the glass and revealed cool blueberries, blackberries, and a great roasted meat quality. This was quite balanced and not ‘hot’ as I find some overripe Syrah’s to be. It finished with some grippy tannin. An interesting wine that I’d like to taste in a few years to see how it has evolved. 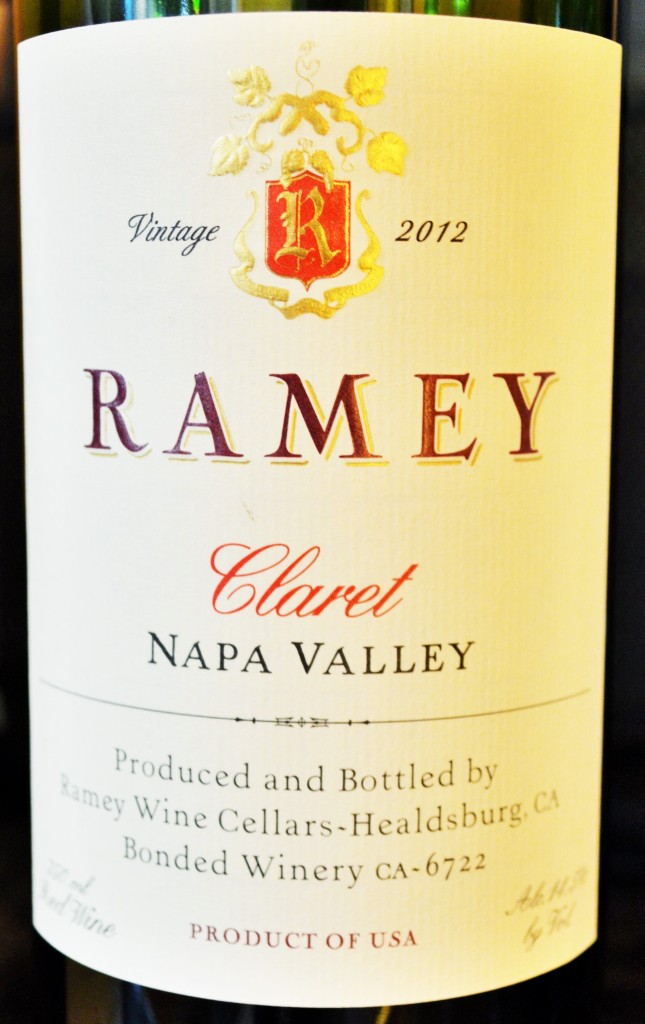 Ramey Claret Napa Valley 2012 ($40): Softer and more approachable, the 2012 Claret is a Bordeaux blend consisting of 70% Cabernet Sauvignon, 24% Merlot, 2% Malbec, 2% Syrah, 1% Cabernet Franc and 1% Petit Verdot. This has a nicely floral nose and the palate reveals plums, blueberry, blackberry, and a bit of black pepper. The mouthfeel is plush and velvety. 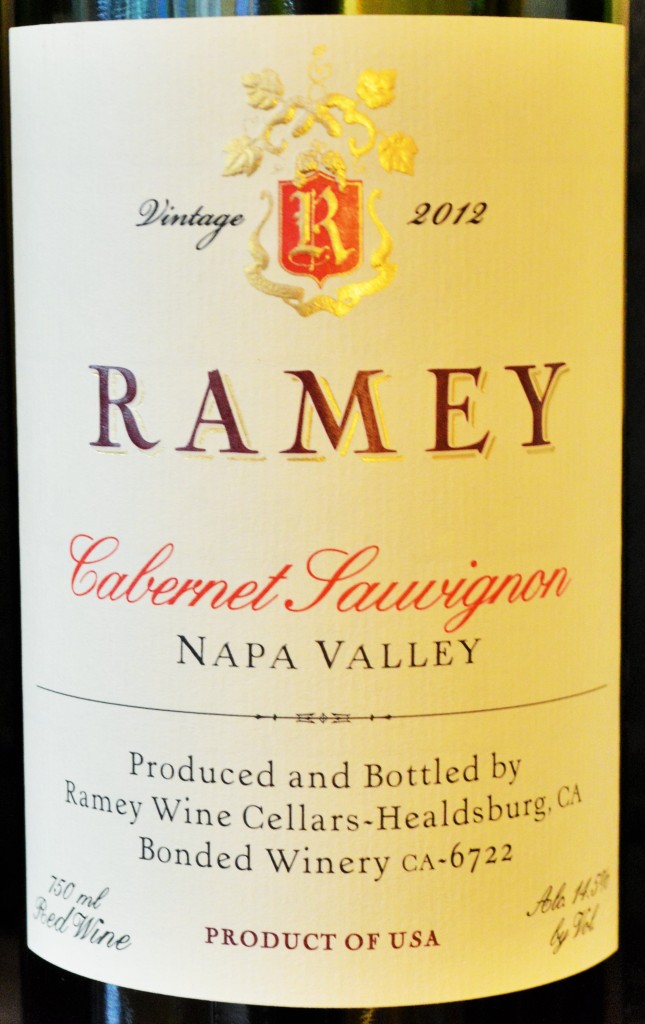 Ramey Cabernet Sauvignon Napa Valley 2012 ($60): Produced from fruit sourced from 45% St. Helena, 16% Napa Valley, 15% Oakville, 10% Mt. Veeder, 6% Diamond Mountain, 4% Rutherford and 4% Oak Knoll. This is 85% Cabernet and finished with small amounts of Merlot (7%), Malbec (%5) and Petite Verdot (%3). This is a good dark ruby in the glass and reveals notes of dried cherry, black currant, blackberry, underbrush, a bit of smoke and tobacco. The fruit is sweet, ripe and juicy yet it finishes pleasantly dry. A very nice Cabernet Sauvignon. 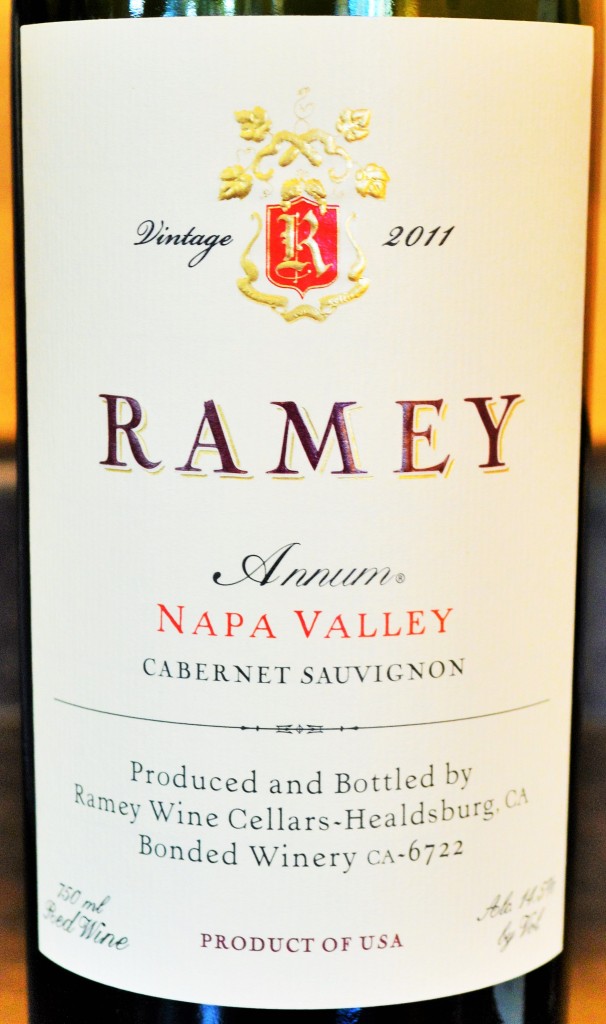 Ramey Annum Napa Valley Cabernet Sauvignon 2011 ($100): This excellent Cabernet finished with 25% Cabernet Franc is produced from hillside fruit and proves that great wines were produced from the cooler 2011 vintage. This reveals pretty beautiful high-toned red fruit on the nose, perhaps from the Cab Franc. The palate evolves with burnt cherry, cassis, blackberries, and toasted spices including cardamon. This has terrific length, texture, concentration, structure and balance. In my experience Cab’s produced from hillside fruit aren’t this drinkable in their youth but in this case this is drinking beautifully, and also has many years of life ahead of it. This is a 94 pointer for me. 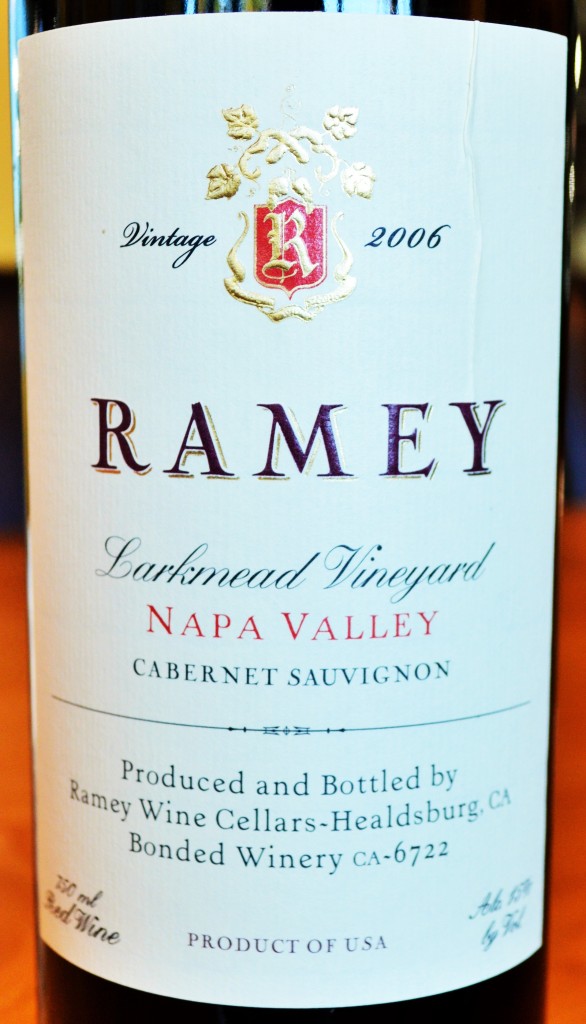 Ramey Larkmead Vineyard Cabernet Sauvignon 2006: Generously pulled from Ramey’s extensive wine library, the Larkmead Vineyard is located in Calistoga. This Cabernet was surprisingly youthful in both appearance and flavor profile for it’s 8 years of age. A beautiful, classic expression of Cabernet, it revealed notes of juicy ripe blueberry, black currant, wild blackberry, tobacco, and bakers chocolate. The finish was spicy and quite lengthy with deliciously dusty tannin. A 95 pointer for me. 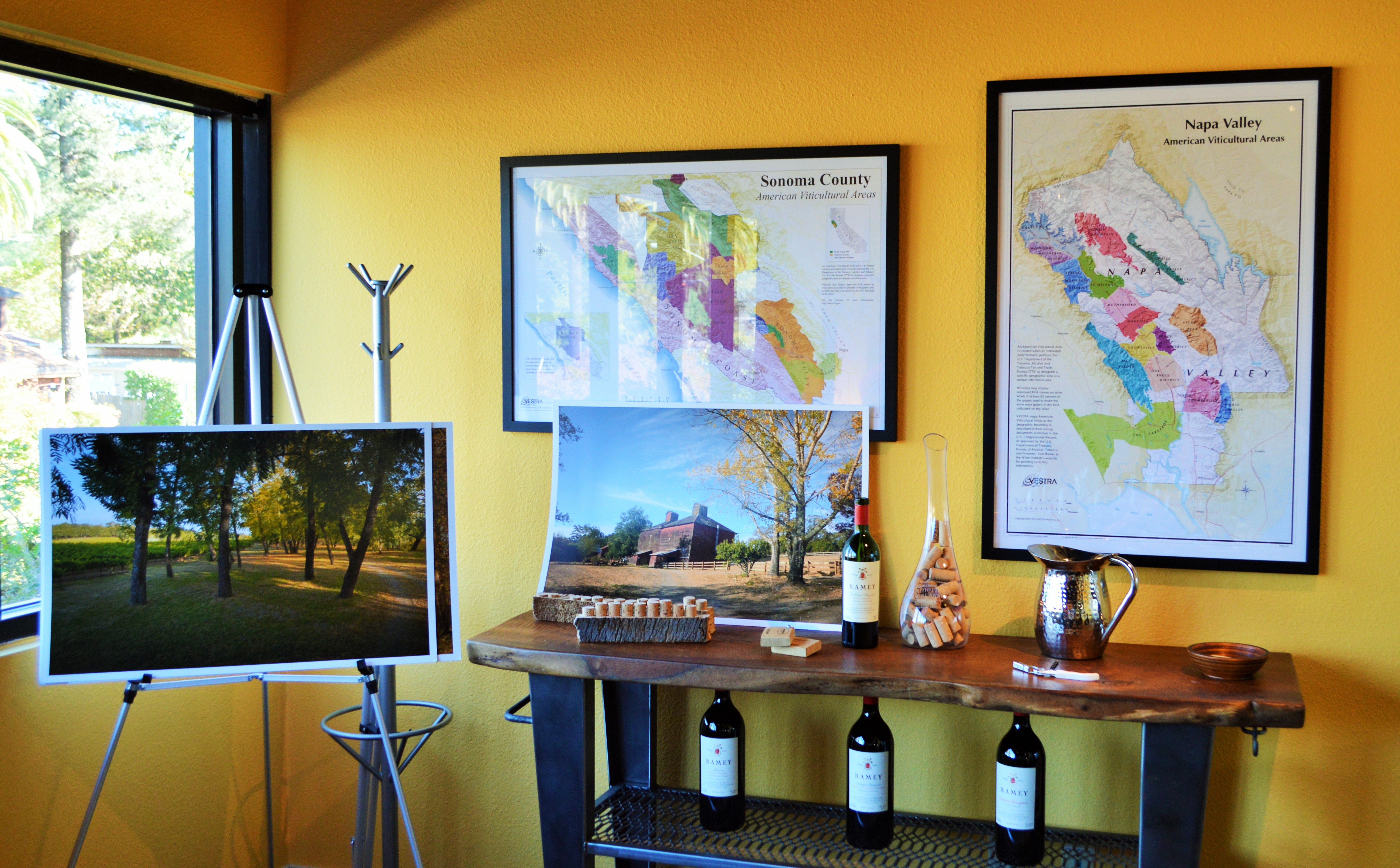 Ramey Wine Cellars – A Must Visit Winery in Healdsburg, California

With each taste it was easy to see how David Ramey has forged such an impeccable reputation within his industry. As a whole, the wines were polished and complex while exuding both impeccable balance and structure.

Far too often, Chardonnay and Cabernet can either be over-ripe, over-extracted or too lean, acidic or uninteresting. This was not the case at Ramey Wine Cellars and I sincerely look forward to tasting new vintages in the new tasting room when it is ready. To schedule a visit, Click Here.

Fortunately though, if you are unable to make it to Healdsburg to taste then you’re in luck: 80% of Ramey’s impressive 40,000 case production is distributed. That means that you can likely find his wines at your favorite, restaurant or local wine shop, and I recommend that you give them a try. I think you’ll be impressed with the fruit of this entirely family owned operation.

5 thoughts on “A Taste of Ramey Wine Cellars”